(ORDO NEWS) — What do we associate Egypt with? Probably with pyramids and mummies. The former were the burial place of the latter. And in order to “make” a mummy, the body must be embalmed. Scientists managed to find devices for this process.

The discovery was made by Czech archaeologists during excavations at the Abusir cemetery, near Memphis, Egypt. Accessories for mummification were an indispensable part of funeral rituals, because it provided the storage of the body of the deceased.

This was done so that a person would be accepted in the afterlife after his death. The Egyptians believed that if a person was embalmed correctly, he would live forever. 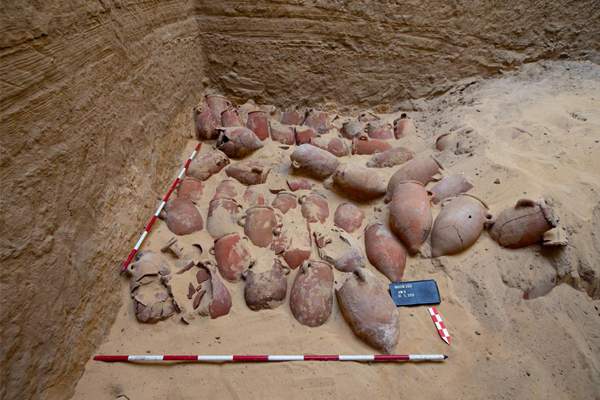 What was found in the cache

370 ceramic jugs were found, in which they found materials for embalming: for example, resin, which was one of the “ingredients” that kept the seized internal organs of the deceased from rotting.

Also found were four empty jugs engraved with the name of the owner – it was a man named Wahe Yip Ra-Mari Nit (“Wahibre”), who was “the son of Madame Arturo”. All jugs were found in a well 5.3 by 5.3 meters at a depth of 14 meters.

It is interesting! The finds belong to the reign of the 26th dynasty. That is, the embalming jars were placed in the place where they were found today, around 664-525 BC.

By the way, this is not the only interesting find from Egypt:

This and other discoveries make it clear that there is much to explore in Egypt, despite the fact that archaeological excavations last for many decades.