(ORDO NEWS) — It has not yet been possible to fully decipher the writing of the ancient pre-Columbian civilization, but some elements have become clear.

In 2018, during excavations at the archaeological site of Atzompa in the Mexican state of Oaxaca, researchers cleared a building surrounded by a frieze.

A frieze is not only a part of an order, as is customary in classical architecture: in modern art history, any elongated decorative element is called this.

The frieze from Oaxaca depicts figures of people, animals, as well as inscriptions characteristic of the Zapotec writing, and a number of glyphs – drawings denoting one or another grapheme.

Now experts from the National Institute of Anthropology and History (Mexico) have presented their conclusions about what exactly is written on the frieze and what period it belongs to.

The composition on a 15-meter-long slab is carved from limestone, but some elements are molded. The house of which this slab was a part was located in the southern part of Monte Albán, the capital of the Zapotec civilization. 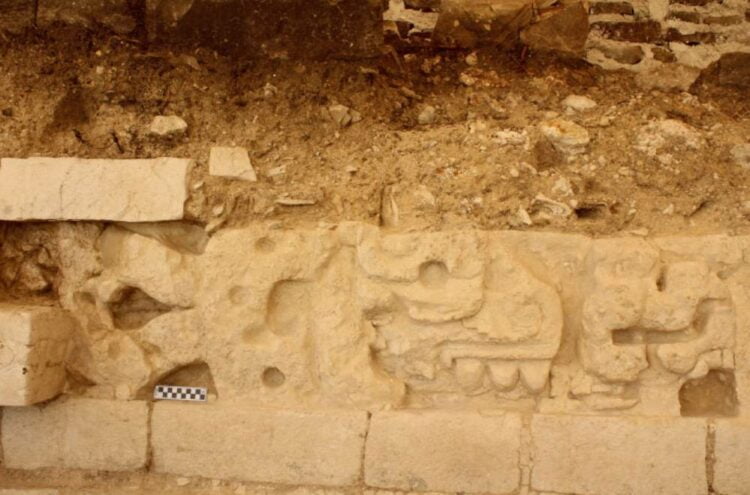 Monte Alban was founded around the 6th century BC. Today, historians call it the most ancient city of Mesoamerica. The area of ​​the settlement is huge – now archaeologists are talking about 40 square kilometers, but the excavations are far from final.

For comparison, it can be noted that the area of ​​ancient Babylon with its suburbs was only 10 square kilometers, and it was considered the largest city in Western Eurasia of its era.

The Zapotec civilization is called one of the oldest pre-Columbian civilizations. The first finds date back to 700 BC, although the heyday of the Zapotec state dates back to the 2nd-9th centuries AD.

Around the 1st century, the Zapotecs, previously divided, united and became a serious military force. The period of expansion has begun.

But around the 6th century, the lands gained as a result of the conquests were lost – the conquered peoples rebelled. True, at the same time they established friendly relations with Teotihuacan . By this time, the heyday of Monte Alban as the most important city of the Zapotecs is attributed.

The house in which the frieze was found dates back to the late classical period (600-900 AD). Such a range of dates may seem strange, but in fact, finds dating back centuries are made in the same place quite often: people rebuilt the building, but did not leave it.

I must say, the Zapotecs had their own writing, and very ancient: the first traces date back to the 7th century BC – older than the Mayan writing.

To date, approximately 500 Zapotec texts have been discovered, and the largest of them is just found on the frieze. The inscription is made up of elements relating to the Zapotec cosmogony, their idea of ​​a connection between humans and the supernatural. Most likely, this indicates the sacred meaning of the place.

It is interesting that, in addition to purely Zapotec graphemes and glyphs, glyphs are carved on the slab, which archaeologists attribute to the civilization of the Mixtecs, the northern neighbors of the Zapotecs.

Scientists suggest that the presence of Mixtec inscriptions on the wall of a house in Monte Alban indicates the establishment of ties between the two civilizations. 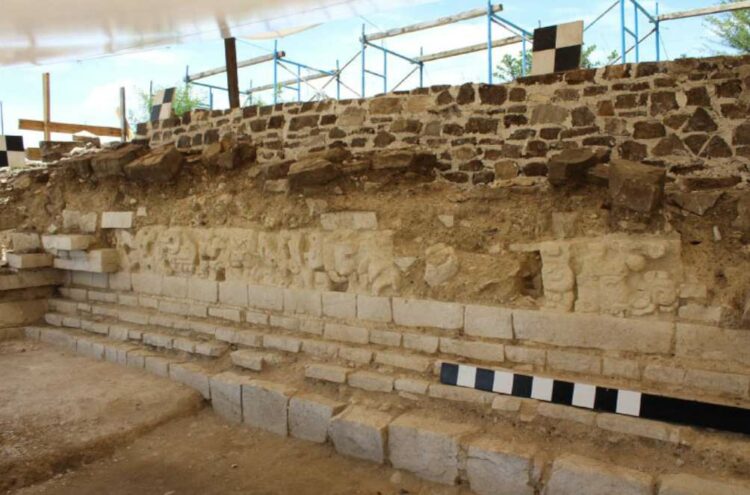 The fact is that once the Zapotecs expanded their state, including at the expense of the lands of the Mixtecs. But archaeological finds and written evidence tell us that in the second half of the first millennium, the Mixtecs first ousted the Zapotecs from their lands, and then fought for quite a long time.

For some time, the military advantage was on the side of the Zapotecs, but gradually the situation changed – and around the turn of the 9th-10th centuries, Monte Alban was destroyed.

The inhabitants left the city and, led by the priests, founded a new settlement, which also, albeit after a long time, fell under the onslaught of the Mixtecs. True, the latter were also unlucky: around that time they were utterly defeated by the Aztecs, into whose state the remnants of the Zapotecs joined.

The Mixtecs did not live in Monte Alban: after the sacking of the city, they made it a cemetery for the noble representatives of their people. It is possible that the Mixtec glyphs carved on the slab belong to this period.

Moreover, funeral urns were found in the house – however, archaeologists have not yet determined who exactly left them there. Perhaps this is part of the Mixtec cemetery. But there is an assumption that the Zapotecs, leaving the city (which they tried to destroy at the same time), thereby wanted to remove the sacred meaning of the place, to devalue it.

The Zapotecs, theoretically becoming part of the Aztec state, in fact retained their independence. Thanks to the dynastic marriage of the ruler, their subordinate position was such simply in words: they did not pay tribute and did not obey the laws of the Aztecs.

And in 1519, the Zapotecs turned out to be the fifth column of Tenochtitlan, supporting Hernan Cortes. They hoped that the Spaniards would allow them to gain and maintain their independence.

But the betrayal turned out to be poorly paid off: two years later, the last ruler of the Zapotecs recognized the power of the Spaniards and converted to Christianity.