(ORDO NEWS) — Archaeologists have discovered in Slovakia the remains of two individuals who were buried in the 17th or 18th century in a storage pit and in a hastily dug grave. One of them belonged to a young man who had orofacial clefts – a cleft palate and a cleft lip.

According to scientists, their death could have been violent, since people with similar vices in some societies were considered vampires. This is reported in an article published in the journal Archaeological and Anthropological Sciences.

Today, one of the most common craniofacial malformations is orofacial clefts, which occur approximately 1.4 times per thousand newborns. Doctors distinguish three main forms of this congenital defect: cleft lip (cheiloschis), lip and palate (cheilognatopalatoschis), or only the palate (palatoschis).

In colloquial speech, the concepts of cleft lip and cleft palate are used to describe such pathologies. Both genetic and environmental factors are involved in the pathogenesis of this disease.

Although orofacial clefts are common today, human remains with such malformations are rare in the archaeological context. The most famous exception is the pharaoh Tutankhamun, whose tomb was discovered in the “Valley of the Kings” in 1922.

In addition to the cleft palate, paleopathologists diagnosed him with clubfoot, Koehler’s disease, and several other diseases and injuries. In total, archaeologists know about 50 such examples, and in 80 percent of cases, orofacial clefts were found in adults.

So, the remains of one of the individuals were found in Altai, during excavations of the burial of the Andronovo (Fedorovo) culture in the burial ground of Firsovo-XIV. He was a young male aged 18–23 who died around 1883–1665 BC. 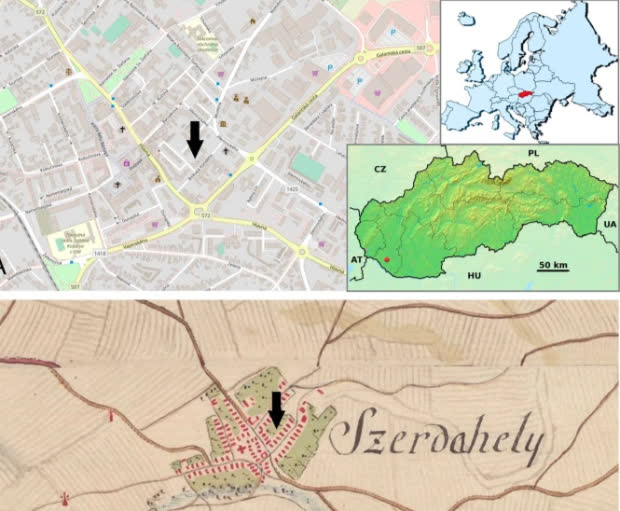 Silvia Bodorikova from Comenius University, together with colleagues from Australia, Slovakia and France, examined the remains of two people that were discovered during construction work in the city of Dunayska Streda.

They were at the bottom of a storage pit (or a hastily dug grave pit) and were covered with soil, which also contained bricks and fragments of pottery. The position of the skeletons, according to archaeologists, indicates that they were buried at the same time.

The remains of an adult were located in a supine position with legs thrown up. They belonged to a man about 173.3 ± 4.8 centimeters tall, who died at the age of 40 to 50 years.

Examination of the skull bones showed that he suffered from periodontitis and sinusitis. In addition, one of the vertebrae contained evidence of a healed fracture. All lumbar vertebrae showed signs of spondylosis. Scientists did not find any other serious pathologies or traumatic injuries. 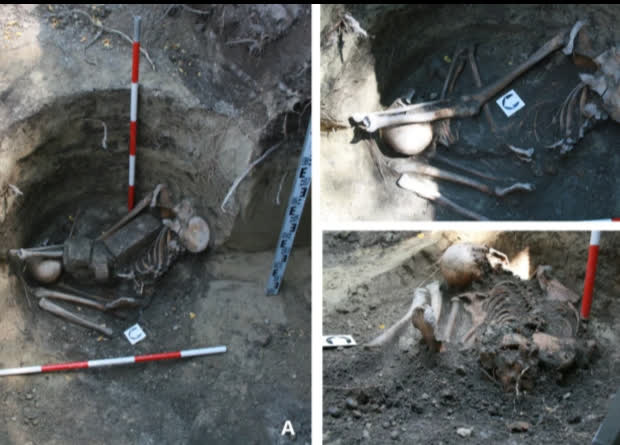 The remains of the second individual belonged to a young man, about 165.6 ± 4.9 centimeters tall, who was buried in a crouched position directly under the body of an adult. Scientists have suggested that he is about 16–18 years old.

However, this guy had congenital malformations of the face and dentoalveolar system – orofacial cleft lip and palate, and this may underestimate the age. In addition, this young man had extra teeth, as well as a number of other pathologies, such as enamel hypoplasia and caries.

Scientists read the DNA of these people and found that they were not relatives either on the maternal or paternal side. Although the discovered haplogroups are distributed throughout Europe, they are most often found in Western European populations, for example, in Great Britain, Ireland, France and Ireland.

An analysis of stable isotopes of nitrogen and carbon showed that the diet of both people in the last years of their lives consisted largely of animal protein. And radiocarbon analysis indicated that people died in the middle of the 17th – the end of the 18th century.

Scientists noted that the remains of a young man with a cleft lip and cleft palate were found on the territory of Slovakia for the first time in an archaeological context. Archaeologists reported that in modern populations, this pathology is much more common.

Perhaps this is due to the fact that in the past there was a high mortality of children with orofacial clefts, there were infanticides. In addition, maternal diet may have reduced the incidence of this malformation.
The researchers concluded that both of these people could be foreigners.

It seems that the body of a young man was lowered into the pit with his feet down, and, perhaps, he was previously tied up. An adult man was lowered with his head or back down. The bricks present in the backfill, according to archaeologists, could be due to the fact that the buried were considered “dangerous dead.”

Although the scientists did not find any traumatic injuries, they did not rule out a violent death. But, perhaps, they could die from illness, hypothermia, or from some other reason. People with orofacial clefts were often stigmatized and discriminated against, such as being treated as vampires in some societies. 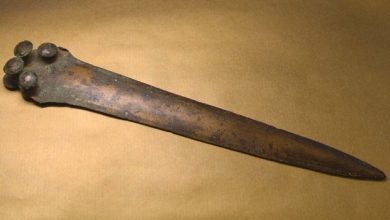 Locals found a bronze dagger over 3,200 years old in Slovakia