(ORDO NEWS) — Archaeologists have discovered in the vicinity of Waterloo the skeleton of a victim of a decisive battle in the biography of Napoleon Bonaparte.

It was discovered on the farm of Mont Saint-Jean, where the Allied field hospital, led by the Duke of Wellington, was located during the battle.

This is only the second skeleton found by researchers at the site of the Battle of Waterloo. This was reported on the website of the Waterloo Uncovered project.

In June 1815, the famous Battle of Waterloo took place, which became the last attempt of Napoleon Bonaparte to return to the historical arena.

About 15 kilometers from the Belgian city of Brussels, more than 200 years ago, the French army and the troops of the allies – the British, Germans and Dutch – converged.

Both sides suffered heavy losses during the battle. According to historians, on the battlefield, the French lost about 17.8-25 thousand people killed, wounded and missing, and their opponents – about 24 thousand (figures in different sources are somewhat different).

After the battle, soldiers and local residents faced a difficult task – to bury thousands of killed soldiers and officers, as well as numerous horses.

Some of them were hastily buried in mass graves, others were cremated. However, archaeological excavations in the vicinity of Waterloo did not allow finding evidence of large-scale human burials.

Only in 2012, during the construction of a parking lot, was the skeleton of a young man who died at the age of 20–29 from a musket bullet discovered.

In addition, in 2019, near the Allied field hospital, archaeologists found amputated limbs that were in a nearby ditch.

Scientists suggest that the remains of the victims of the Battle of Waterloo (like many others) could be used for bone meal – it was used in those days as agricultural fertilizer. 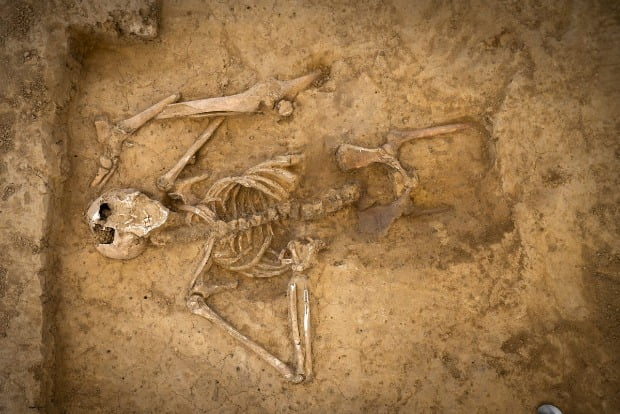 Archaeologists and volunteers from the Waterloo Uncovered project, co-led by Professor Tony Pollard of the University of Glasgow, have continued their excavations around Waterloo, returning to work for the first time since the outbreak of the coronavirus pandemic.

At the site of the Mont Saint-Jean farm, which was used as a field hospital by the Duke of Wellington during the battle, researchers discovered a human skeleton. Apparently, it belonged to a participant in the Battle of Waterloo.

The skeleton was among the boxes of shells, medical waste, as well as the bones of the arms and legs, amputated by surgeons. 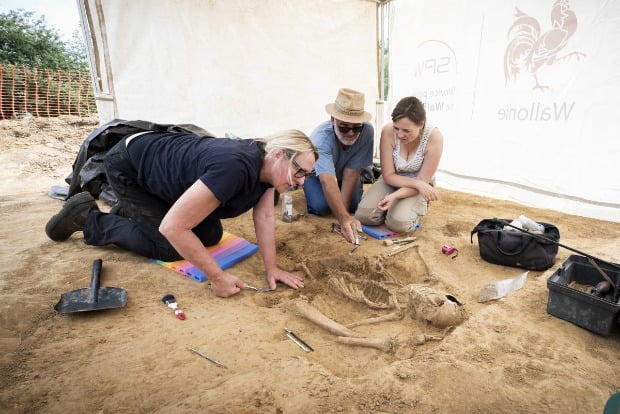 The discovered skeleton was apparently in a roadside ditch or a deliberately dug hole near the farmhouse. Here in 2019, researchers found amputated bones of the arms and legs.

The finding of human remains in the same pit as the crates and amputated limbs indicates that the field hospital was in a very difficult position during (or after) the battle.

Everything had to be removed into nearby ditches and quickly buried to avoid the spread of infections. Among other finds were also the bones of a horse, which could also take part in the battle.