(ORDO NEWS) — A team of German archaeologists have found the oldest pterodactyl fossils near Peine in Bavaria. The results of the study are described in an article published in the journal Fossil Record.

The specimen was first discovered back in 2014 during excavations in an active limestone quarry. The rocks in which the remains of the dinosaur were recorded belong to the upper Kimmeridgian stage and date back to 152 million years.

Experts spent about 120 hours on mechanical work with needles, brushes and other tools to clean the sample from foreign rocks.

The previous traces of pterodactyls found were from the Tithonian stage, which follows the Kimmeridgian, about a million years earlier. 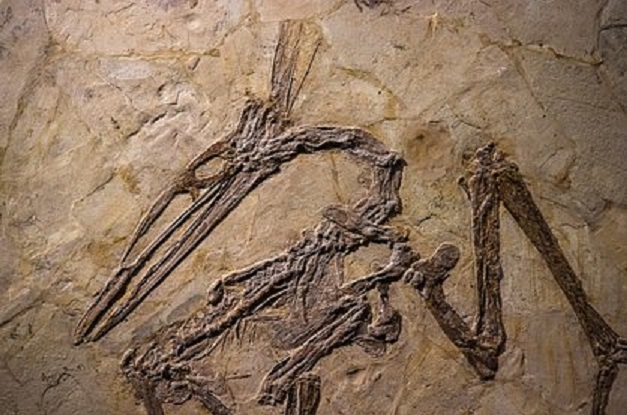 The find is a complete and well-preserved skeleton of a small specimen. The dinosaur is missing only a small part of the left lower jaw, as well as the left and right tibiae.

The rest of the pterodactyl is almost perfectly preserved, with each bone in the correct anatomical position.

It is specified that the skull five centimeters long belonged to a young, undersized individual. Such examples are quite rare.

In November 2022, experts from China discovered ancient fossils aged 514 million years, which revealed the development and appearance of the first skeletal animals.