(ORDO NEWS) — Archaeologists have discovered a complex of hidden passages and galleries deep within the ancient temple complex of Chavin de Huantar in the Peruvian Andes. The researchers believe that the network of chambers and galleries was used in religious rituals, possibly with the use of psychedelic drugs.

“They are stone-lined passages, corridors, rooms, chambers and niches large enough to walk on, covered with stone beams.” “The galleries have different purposes, as far as we can tell, but they are all connected with ritual activities.”

The passages discovered were not tunnels because they were not dug into the ground. Instead, they were deliberately built within the depths of a huge temple complex that was being built in stages between 1200 B.C. and 200 BC

According to him, some of the chambers appear to have originally been surface rooms, which were temporarily accessible thanks to strong roofs and widened entrance passages. The length of the passages reaches 100 meters, but many of them are winding, with right angles and several levels.

A total of 36 galleries and their associated passageways have been unearthed in 15 years of excavation at Chavin de Huantar, but this latest network was discovered only a few years ago and was not explored until this year, Rick said. 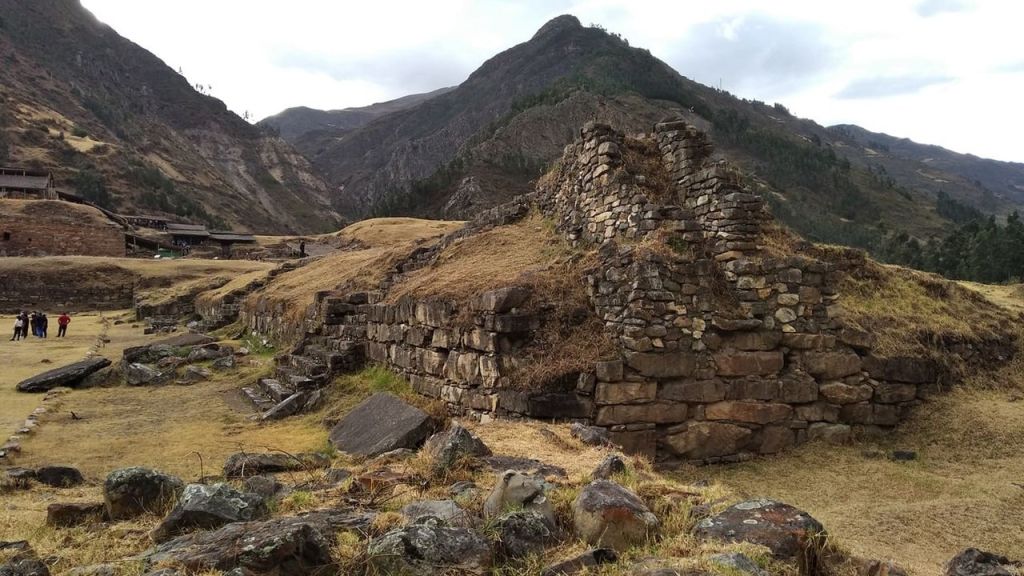 Archaeologists believe that Chavin de Huantar was the religious center of the mysterious Chavin people who lived in northern and central parts of present-day Peru between 3,200 and 2,200 years ago, according to the Encyclopedia Britannica.

Rick said the last passages deep into the complex were first discovered in 2019 and were initially explored using a remote-controlled camera.

COVID-19 restrictions prevented further exploration until May of this year, when archaeologists were able to enter the passages for the first time since they were sealed about 3,000 years ago, he said.

Passages led to the main gallery, where there were two large ritual stone bowls, one of which was decorated with the symbolic head and wings of a condor, a large Andean bird of prey. As a result, the gallery became known as the Condor Gallery.

“We’ve documented the gallery, but we still have a lot to explore,” Rick said. “The main excavations will start next year.”

He added that the gallery turned out to be deeper than most found earlier, and, apparently, more ancient. “The Condor Gallery shows a wealth of evidence pointing to at least 3,000 years of age from the gallery’s construction and likely from its official seal,” Rick said. Little is known about Chavín’s beliefs, but the recently discovered passageways and gallery appear to have had a religious purpose, as did other chambers found in the past at Chavin de Huantar. “The galleries serve a variety of purposes, as far as we can tell,” Rick said.

According to him, they include several small chambers that could be used for sensory deprivation or ritual visual, auditory and tactile disorientation.

Other chambers were used for worship or for storing ritual equipment, including the famous carved ornate giant shell trumpets that have been found in large numbers at Chavin de Huantar and appear to have been used in ceremonies, he said.

While some passages and galleries have been found at similarly aged religious sites in the Andes, they are usually much smaller and simpler – “nothing like the exuberance found in Chavin,” Rick said.

“The most similar passages in the New World may be the caves under the pyramids of Teotihuacan in central Mexico, but the differences are still striking,” Rick said. “Chavin is actually unique in the number and nature of the galleries.”

Anthropologist and archaeologist Richard Burger, an expert on South American prehistory at Yale University who was not involved in the latest research at Chavin de Huantar, said the two bowls in the Condor Gallery were likely mortars used to grind psychedelic drugs. during religious ceremonies.

“There was a tradition in Chavin to inhale hallucinogenic snuff,” he told Live Science. He claims it was made from the seed pods of the fork tree, which contain a powerful hallucinogenic substance including dimethyltryptamine, or DMT.

University of Florida anthropologist Dan Contreras, who was not involved in the discovery but worked with Rick at Chavin de Huantar, said the latest tunnels represent a rare opportunity for archaeologists to explore the passages with new methods.

Although the temple complex at Chavin included several sealed passage networks, “this is one that has remained completely unknown,” he said. “Until now, not only was it not included, but no one even knew about its existence.”

According to him, many of the passages appear to have originally been near the surface, but have been sealed off as the complex has been built higher over the centuries. One of the most famous is a gallery with a stone monolith in the center.

“There is a strong case that it was originally an open area,” Contreras said. “Then, when the temple was built around it, they retained access to what was a square, but now it was a completely enclosed space.”

Archaeologists have discovered the ruins of an ancient temple in Perperikon

Archaeologists have discovered the ruins of an ancient temple in Perperikon