(ORDO NEWS) — Archaeologists examined the burial found at the site of Huaca Las Ventanas and found that it belonged to a bearer of the Sican culture.

According to scientists, the buried person lived around 900-1050 AD and was engaged in surgery – this is indicated by a set of characteristic tools: awls, needles and knives. The results of the study are reported by the agency ANDINA.

On the northern coast of Peru around 700 AD, the archaeological culture of Xicán (Lambayeque) formed and lasted until around 1375, when the region was conquered by the Chimu civilization.

Researchers have discovered large social and religious complexes of this culture, including several dozen pyramids up to 25-30 meters high (for example, the monuments of Batan Grande and Tucum). In this society, there was a strong social differentiation, which was reflected in the funeral rite.

Members of the elite of Sican society were buried in deep mines along with a large amount of inventory, including items made of precious metals, such as large golden masks. So, only in one of the tombs, scientists found about 1.2 tons of various kinds of artifacts. 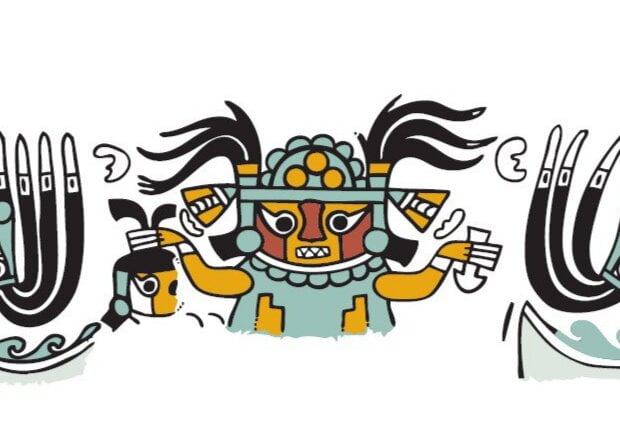 In the northwest of Peru, 800 kilometers from Lima, there is the Sican monument of Huaca Las Ventanas. In 2011, he became widely known for the discovery of mass human sacrifice, evidence of which was unearthed near the pyramid.

In a pit measuring approximately 15×15 meters, archaeologists unearthed the remains of more than a hundred people, some of whom were beheaded.

Most of these people turned out to be adult men, with the exception of two children accompanied by women. In addition, archaeologists have found a 1,100-year-old tomb of a nobleman who was buried on a stretcher in a sitting position along with a mask, crown, and gold and silver artifacts.

In late 2021 and early 2022, archaeologists from the Sican National Museum conducted a study of the burial, which was removed due to the threat of flooding by the waters of the La Leche River during the 2010-2011 security and rescue work in the southern necropolis of the Huaca Las Ventanas site.

Scientists have found that it belonged to an individual who lived in the Middle Sican period (about 900-1050 AD).

Together with the remains, the researchers found a set of awls, needles and knives of various sizes, some of which had wooden handles. From this they concluded that the man was engaged in surgery during his lifetime.

The director of the Sican National Museum, Carlos Elera, reported that the grave goods of this individual also included a gold mask dyed with cinnabar, a breastplate and a kind of poncho with copper plates.

In addition, the scientists had at their disposal gilded copper bowls, a ceremonial tumi knife, as well as a ceramic vessel with two necks and a bridge handle, which is decorated with the image of King Waco. 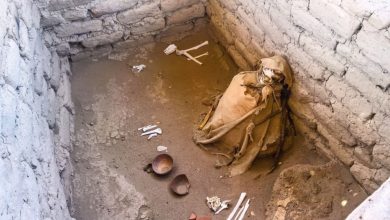 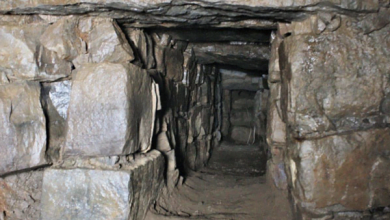 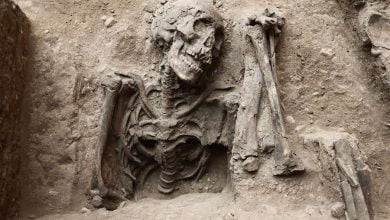 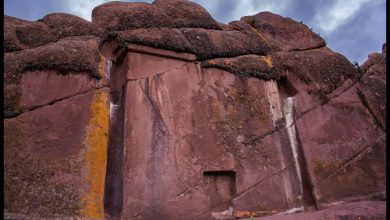