(ORDO NEWS) — The beginning of the 21st century was marked by a number of important discoveries in the field of microbiology, but most of them remained unnoticed by the general public.

But the development of these scientific works allows not only to better understand the biochemical transformations taking place in the entire ecosystem of the Earth, but also to develop promising technologies. For example, the method of direct production of electricity from methane using microorganisms.

Scanning electron microscopy of methanotrophic archaea collected from microbial mats of the Black Sea: on the left, a spherical formation from archaea of ​​the ANME-2 group (“relatives” of Candidatus Methanoperedens) and sulfide-feeding bacteria; right — cylindrical cells of the archaea of ​​the ANME-1 group

If we simplify very much (and may chemists, biologists and physicists forgive us), then all transformations of substances inside living organisms can be called a series of electron exchanges between different atoms, compounds, ions.

And since electric current is a directed movement of charge carriers (usually electrons), it is logical to try to connect these two “worlds”. In other words, literally build an electrical circuit into the food chain, say, microorganisms.

The main thing is to find such biochemical processes that will not lose too much in efficiency when some of the electrons begin to leak from them.

A couple of years ago, a team from the University of Nijmegen ( Radboud University Nijmegen ) in the Netherlands showed experimentally how wastewater can be directly used to generate energy.

Scientists used bacteria that are characterized by anammox – anaerobic (without external oxygen supply) oxidation of ammonium in the presence of nitrites.

As it turned out as a result of the experiment, by gradually reducing the flow of nitrite into the nutrient medium, it is possible to “collect” part of the electrons released by microorganisms.

In theory, this process could be adapted to generate additional electricity from wastewater treatment plants. Such bacteria are already being used to remove ammonia from agricultural waste or sewage. By the way, anammox itself is one of the revolutionary discoveries of recent decades.

Until its description in 1999 using newly discovered bacteria as an example, the origin of much of the molecular nitrogen in the Earth’s atmosphere was not fully known. Now the researchers have gone even further and tested how much energy can be obtained from microorganisms that “feed” on methane.

The Dutch scientists chose a culture with a predominance of Candidatus Methanoperedens nitroreducens – these are archaea discovered in 2006 and capable of anaerobically oxidizing methane ( AOM ) with nitrate.

The word ” candidatus ” in the name of the species of microorganisms means that their pure culture has not yet been isolated. Nevertheless, this did not become a limitation for experiments – they simply used biomass with a predominant content of the desired archaea.

The main goal of the researchers was to find evidence for the proposed mechanism associated with AOM , intercellular electron transfer ( EET ).

Thanks to it, microorganisms in complex ecosystems share the charge that they need for metabolism. Archaea like Methanoperedens , for example, “feed” electrons to their methane-producing neighbors. 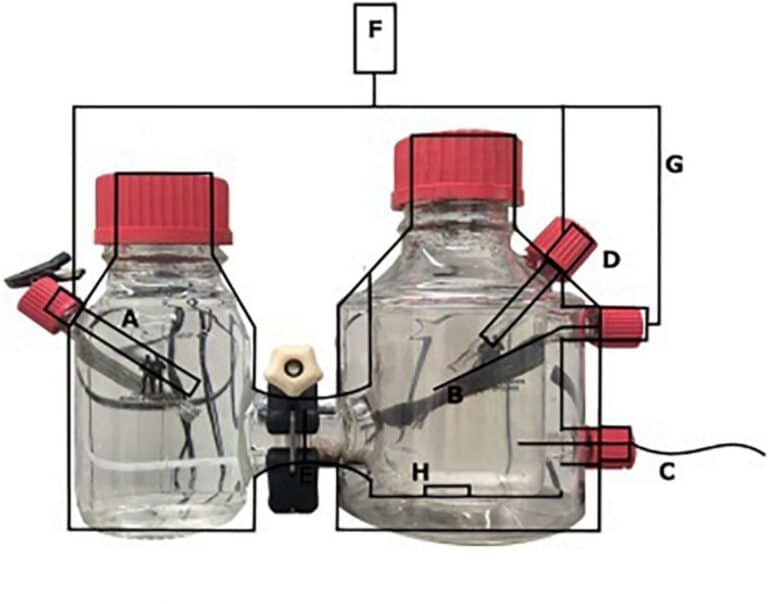 The beauty of a suitable experiment was that it allowed us to test not only the characteristics of EET , but also the ability of archaea to work effectively as a battery cell in general. The setup consisted of two containers separated by a Nafion membrane (fluoroplast based on sulfonated tetrafluoroethylene).

The anode chamber was filled with a buffer solution, while the cathode chamber contained a culture medium with vitamins and elements necessary for microorganisms. Then both containers were deprived of oxygen by passing through them a large amount of nitrogen gas.

After colonizing the culture of microorganisms on the cathode, the scientists conducted a series of three experiments with an average duration of 8 days.

In the first, methane was supplied continuously for 18 hours, and then it was shut off, having previously created an overpressure in the tank with “labeled” CH 4 (the most common carbon-12 was replaced in it with a much rarer isotope, carbon-13).

This was how the absorption of methane by biomass and the efficiency of its processing were evaluated.

In the second experiment, after shutting off the supply of methane to maintain an increased pressure in the vessel, it was replaced with argon. This made it possible to check what part of the emerging current is due to the methanotrophic activity of microorganisms.

In the third experiment, in order to evaluate the additional electrical properties of the biochemical process under study, the potential difference between the cathode and anode was changed.

However, nitrate (in this case, sodium) was left as an electron acceptor, and no electrodes were inserted. Thanks to this sample, the productivity of Methanoperedens as a battery cathode was compared with natural habitat conditions (it turned out that without nitrate, the process is three times slower).

The results have been promising. On average, the biomass “gave” 17% of the electrons released during metabolism into the circuit and processed about a third of the methane that entered the system. At least 38% of the generated voltage is directly related to the influx of methane.

Speaking of the primary goal of the experiment: it was possible to demonstrate the electrical activity of Methanoperedens . As well as the use of intercellular electron transfer by these archaea.

In addition, the researchers found a number of proteins important for methane oxidation that may be useful in future research. The main achievement of Dutch scientists is the creation of a bioelectrochemical system that makes it possible to study EET under controlled conditions.

The potential for further research work with such organisms is great. One can take a closer look at microbial communities dominated by methanotrophic archaea. So, it is still not completely clear whether the anaerobic oxidation of methane occurs in one type of microorganisms or the process is divided between several.

From a practical point of view, this experiment is a curious first step towards the direct conversion of methane into electricity.

Existing methods without alternative include internal or external combustion engines, the efficiency of which in the best cases does not exceed 70% without taking into account losses for energy transportation (more often – 25-35%).

And for sustainable farms that produce biogas from agricultural waste, “microbial batteries” can be a great solution. 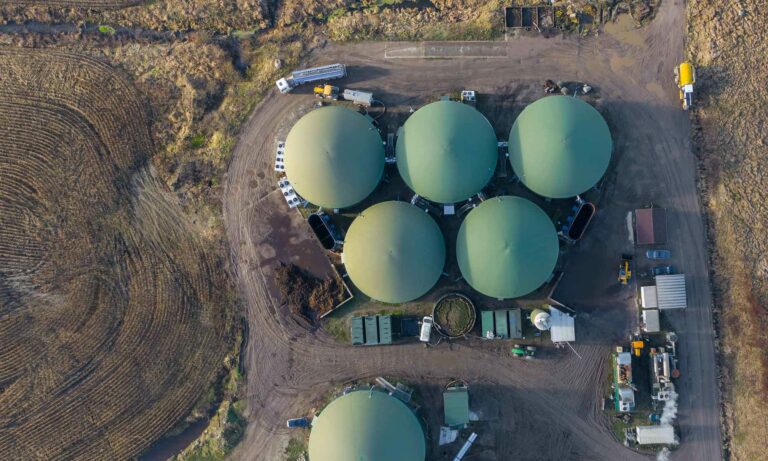 Biogas plants are growing in popularity, from large plants in Europe to small capacity per family farm in India. By 2030, the total output in the Old World alone is estimated at 35 million cubic meters, a twofold increase compared to 2015. In other words, the market is growing and requires innovation

In addition, the by-product of the anaerobic oxidation of methane is only carbon dioxide and water. No soot, which provides the greatest harm from energy industry emissions, is emitted.

Finally, methane is a stronger and more dangerous greenhouse gas than CO 2 , so capturing it efficiently and effectively is now more important than ever.