Looking like a long plume from some kind of rocket, the phenomenon was first noticed by locals on Thursday at around 7 am.

As photos began to surface online, social media users began to speculate as to what it might have been. Theories included a UFO, a satellite, a volcanic eruption, and even a rocket.

There were so many reports that Alaska State Police and the Alaska Rescue Coordination Center began coordinating a possible rescue operation in the event of a plane crash.

However, a rescue helicopter that flew over the region said it found nothing on the ground. 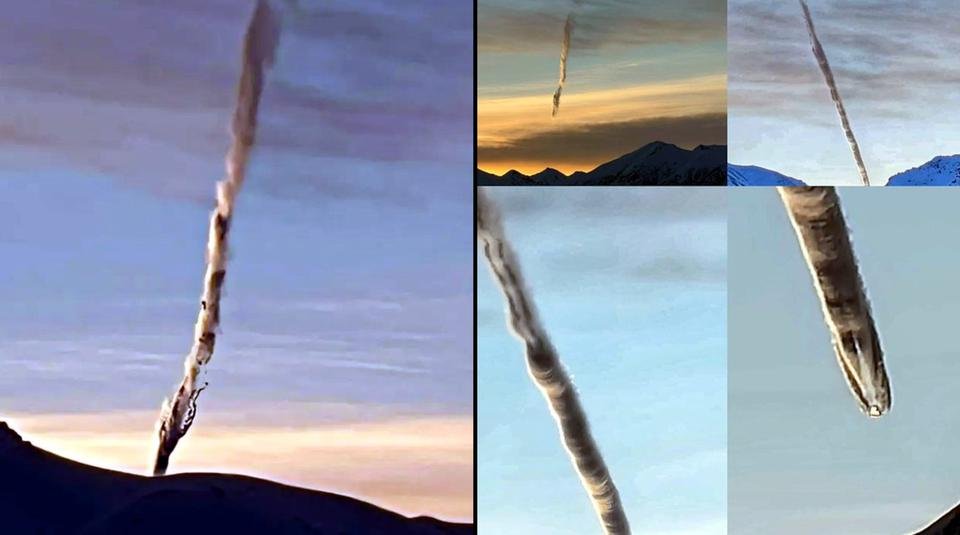 “There were no reports of delayed aircraft or activation of ELT systems indicating a plane crash,” Alaska State Police said in a press release.

A later investigation showed that this phenomenon could be the result of an aircraft flight.

“Further investigation revealed that a large commercial aircraft was flying in the area around the time the photos and videos were taken,” the officials wrote.

“According to the police, the photographs and video footage show the trace of a commercial aircraft, combined with the rising sun, which together caused a unique atmospheric phenomenon.”

The involvement of the US military in the appearance of UFOs

The involvement of the US military in the appearance of UFOs