(ORDO NEWS) — Just two years ago, many mainstream media reported that the sea ice at the South Pole was melting at an “astonishing” rate. The German daily Süddeutsche Zeitung reported in June 2019 that Antarctic sea ice has “shrunk by 1.8 million square kilometers”, writing: “The massive disappearance of ice is astounding.”

While this message was technically reliable, it turned out to be another confusion and manipulation of facts in favor of Anthropogenic Climate Warming (AGW), rather than valid signs of an alarming climate trend.

And now, in 2021, when the ice is recovering sharply, the same media are silent, which says a lot …

MASSIVE SEA ICE RESTORATION REMAINS WITHOUT THE MEDIA, which has stopped reporting on the state of the ice in the Southern Hemisphere.

And it’s clear why: 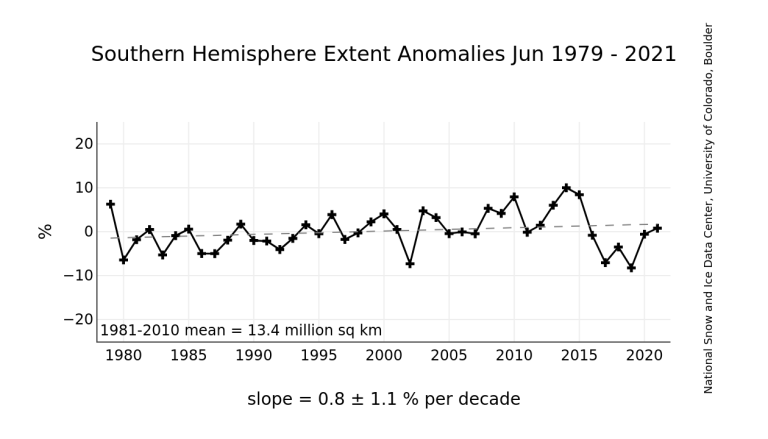 Sea ice at the South Pole recovered in 2020 and 2021 to levels about three decades ago.

Moreover, the trend of the last 40+ years (the era of satellite observation) remains a trend of significant growth (about 1% per decade).

In 2021, Antarctic sea ice will actually be at levels well above the multi-decade average (shown below).

It was the end of the world scenario that disappeared due to “anthropogenic climate warming”, not ice: 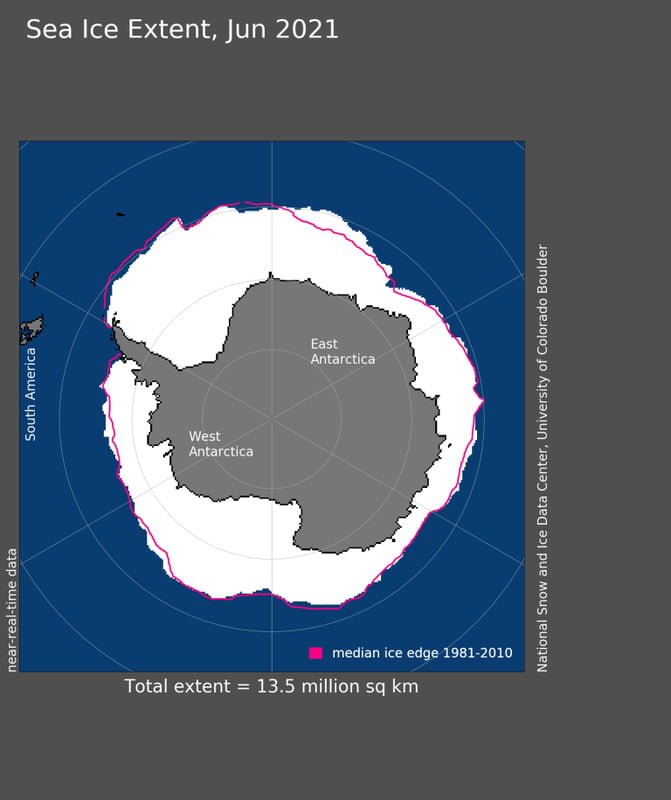 The NSIDC site is temporarily down, so I cannot share with you the impressive data for August 2021.

However, if you look at the above graph for June, the magenta line along the edges of the Antarctic Ice Sheet is the average ice edge for 1981-2010 – it is clear to everyone that this year the ice extent is much higher than normal.

The recovery of Antarctica over the past two years shows that there are still many natural factors that remain unknown – it seems that oceanic cycles such as ENSO, SAM or the Indian Ocean play a major role in the variability of Antarctic sea ice, rather than linearly increasing CO2. 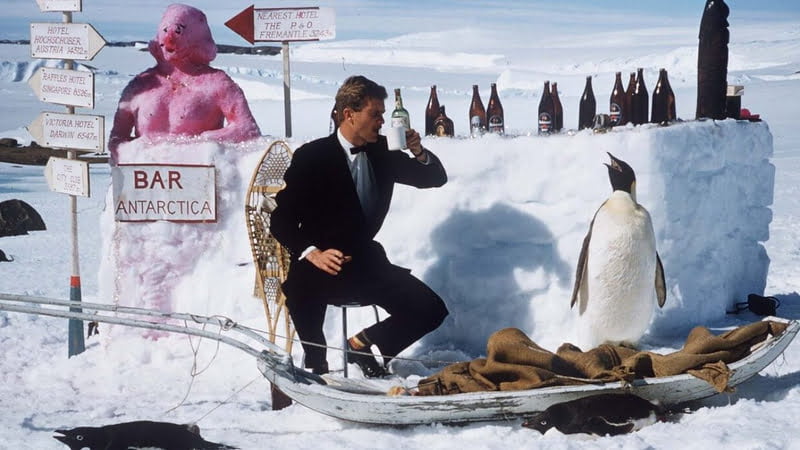 “Researchers agree that the decline in Antarctic sea ice from 2016 to 2019 is due to natural causes,” writes Die kalte Sonne. “Obviously, this is not the best topic for the Süddeutsche Zeitung, who prefer not to report the ice recovery.”

Not informing the public about the most recent events, but instead leaving them with a false impression based on carefully selected data two years earlier, is a classic disinformation technique that has long been practiced by controlled media.

Death does not exist: the scientist made a loud statement

Death does not exist: the scientist made a loud statement