(ORDO NEWS) — But from time to time the peasants arranged for them holidays of gluttony.

The diet of medieval kings is often presented as an illustration of the Rabelais novel: mountains of everything, but especially meat.

Historians also assumed that members of the society’s elite ate much more meat than the rest of the population, and just at the expense of this population, from which the “food tax” was levied. Studies by two scientists from the UK show that this was not at all the case.

Written sources, as well as archeological finds, prove that the diet of the inhabitants of Britain has changed a lot after the arrival of the Romans. In particular, this concerned the consumption of meat: it has risen sharply.

But at the beginning of the 5th century, the legions left the island, and, as we have already noted, almost all literate people left with them. Therefore, written sources dating back to times before Alfred the Great are vague and contradictory. 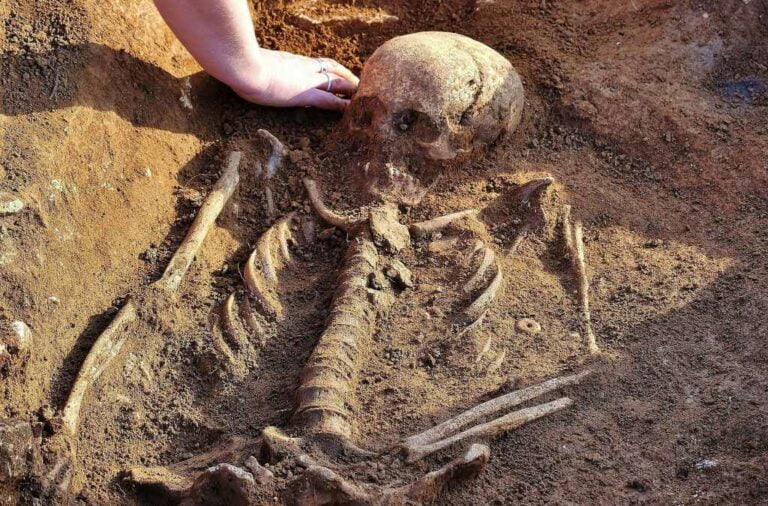 Leggett analyzed the ratio of stable isotopes of carbon and nitrogen in the bones of 2023 people buried in England from the 5th to the 11th century.

She then compared these data with archaeological evidence of social status – this is the variety and composition of grave goods, the position of the body, and even the orientation of the grave.

The Leggett study found no correlation between social status and a high-protein diet. Simply put, the more noble did not consume more meat in their lifetime than the less noble.

This surprised the Cambridge historian Tom Lambert, because many medieval texts and historical studies indicate that the Anglo-Saxon elite ate a large amount of meat. The scientists began to work together to find out what was really going on.

They began by deciphering a food list for one particular feast compiled during the time of King Ine of Wessex (reigned 688-726). They calculated that the calorie content of supplies for, recall, one feast was 1.24 million kilocalories, more than half of which came from animal protein.

The list included 300 loaves, therefore, to calculate the total portions, the researchers proceeded from the fact that there were about three hundred participants in the feast.

The researchers examined ten other comparable Southern England food lists and saw a remarkably similar pattern: modest amounts of bread, huge amounts of meat, decent but not excessive amounts of ale, and no mention of vegetables (although some were probably served).

In other words, typical Rabelais feasts that fit tightly into traditional ideas. But, as mentioned above, the isotope study did not show a difference in nutrition between kings and peasants. That is, such feasts were quite rare.

Leggett claims that she has found no evidence that the inhabitants of England at that time regularly ate large amounts of animal protein: there is no isotopic evidence of excess protein, nor signs of diseases such as gout.

Previously, archaeologists found huge pits in East Anglia that were clearly used for barbecues: carcasses of bulls, sheep and pigs were roasted there. The finds date back to the 5th-7th centuries. It was assumed that these were traces of the feast of kings. But where did 300 participants in such a feast come from?

According to Lambert, such a large number of feasters can only be explained by the fact that not only the elites, but also the top peasants gathered at the table. And this is of great political importance. 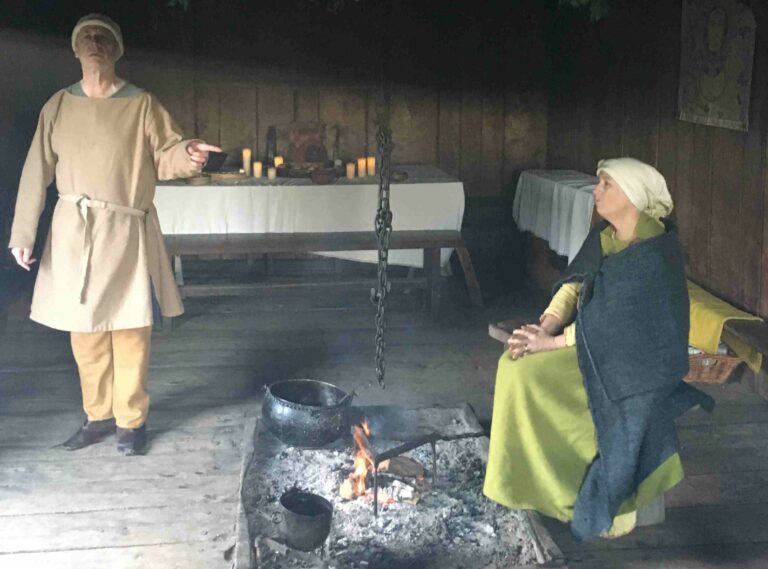 Until now, historians believed that the Anglo-Saxon kings of this period received taxes from the free peasants of their kingdoms, known in Old English as feorm. Allegedly, they were the main source of food for the royal families, and the rulers’ own lands played a secondary role at best.

But Lambert studied the use of the word feorm in various documents and came to the conclusion that the term referred to a single feast and not a permanent “food tax”.

In other words, the peasants from time to time arranged grandiose feasts (try to eat one and a half kilograms of meat and fish and add cheese, honey, ale and bread), to which they invited their kings.