(ORDO NEWS) — An unidentified flying object, or UFO, in its most general definition, is any visible anomaly in the sky that cannot be identified as a known object or phenomenon. Although this definition covers any unexplained aerial phenomenon, in popular culture the term has become synonymous with extraterrestrial spacecraft.

UFO sightings have been reported throughout human history and in different parts of the world, raising questions about life on other planets and whether aliens have visited Earth. They have become one of the main subjects of interest and inspiration for numerous films and books. Unfortunately, however, they are also the target of intense ridicule.

For decades, there have been attempts, whether deliberate or not, to downplay the significance of UFOs and create a public belief in society that UFOs are part of some elaborate hoax. Nevertheless, reports of unexplained UFO sightings from the air have been received throughout human history, from prehistoric times to the present day.

Some ancient images of objects flying in the sky were undoubtedly astronomical in nature, most likely comets, bright meteors and planets that can be seen with the naked eye, or atmospheric optical phenomena such as lenticular clouds.

An example is Halley’s comet, which was first recorded by Chinese astronomers in 240 BC, and possibly as early as 467 BC. Throughout human history, such phenomena have often been viewed as supernatural portents, angels, or other religious omens.

However, we cannot simply assume that what our ancient ancestors saw and wrote on cave walls or in ancient texts was an astronomical or ecological phenomenon. As with today’s phenomena, there is a small percentage of phenomena that are simply inexplicable. Many records from our ancient past certainly spark curiosity, such as the prehistoric cave paintings above.

The rock paintings bear a striking resemblance to those painted hundreds of years later on the 16th century Triumph of Summer tapestry. The UFO images on this tapestry are also closely related to modern UFO stories. There are also Aboriginal rock carvings depicting Wanjin’s celestial beings who appear to represent alien guests. 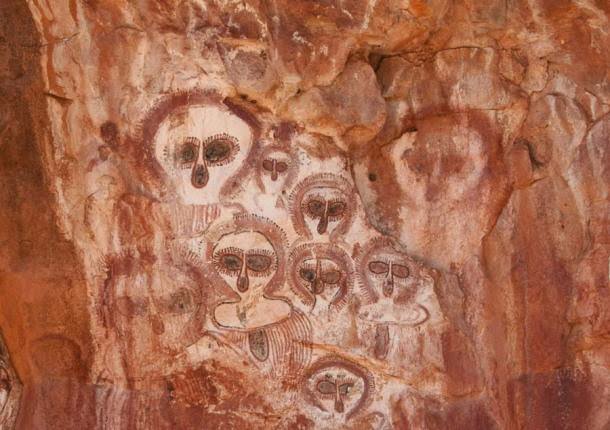 The mythology of the sky gods as early UFO sightings

Supporters of the version about ancient astronauts refer to numerous myths and legends about the so-called “heavenly gods” descending from heaven, and historical texts dating back 4,000 years ago contain descriptions of flying spaceships. In the Vedic literature of India, such as the Rig Veda, Mahabharata and Ramayana, there are many descriptions of flying machines called vimanas, which were used in warfare in ancient times. It was believed that vimanas could fly in the atmosphere of the Earth, as well as in space, on distant planets and dive under water.

In the pyramids of Egypt, archaeologists have discovered hieroglyphs resembling UFOs, which are described in observations to this day. Centuries later, gold artifacts from the pre-Columbian era of Quimbaya were found in Central America, which look like ideal models of flying ships. Later, during the medieval period, many works of art were created that depicted UFOs in the sky.

As the debunkers correctly point out, none of these ancient depictions alone can be considered conclusive evidence of the existence of extraterrestrial life. But they at least suggest that extraterrestrials did visit Earth, and that, just as people today regularly report the appearance of unidentified objects in the sky, our ancient ancestors could have encountered objects that they could neither identify nor explain. 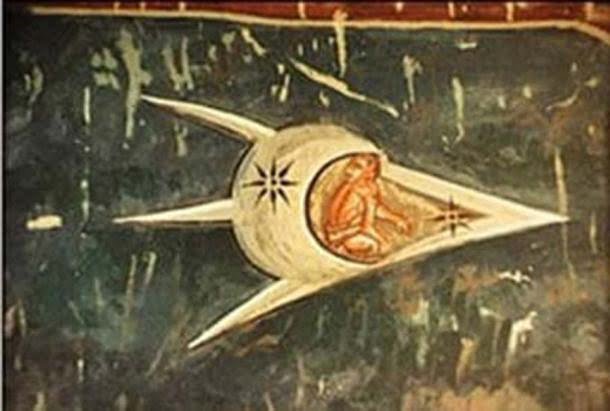 Detail of a 14th-century painting entitled “The Crucifixion” above the altar at the Visoki Dekani Monastery in Kosovo. The painting depicts a man piloting a spaceship and looking back over his shoulder.

Given the above, it seems reasonable that UFOs should be the subject of scientific debate and scientific research. Instead, what we see today is an internet full of fake images, mystified videos, sensational Hollywood films and misinformation, making it nearly impossible for a legitimate researcher to separate fact from a very large stack of fiction.

It turns out that our governments are also reluctant to provide information on their own research on this issue. Just look at the CIA’s statement in August 2013 that Area 51 does exist, despite decades of denial of its existence and stigmatizing anyone who dares to suggest it as a mere conspiracy theorist. Fortunately, there are some science-oriented organizations like SETI and MUFON (Mutual UFO Network) that take an objective approach to UFO research. 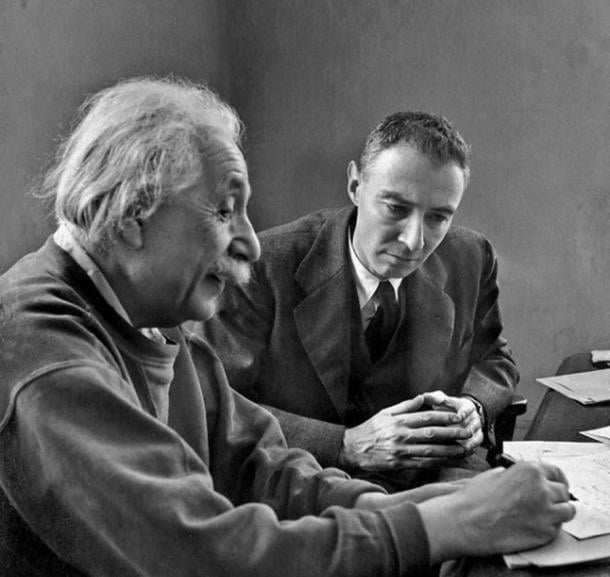 Albert Einstein and Robert Oppenheimer in 1947.

“This six-page document is the first archival evidence to use the phrase “extraterrestrial biological beings” or EBEs. The Oppenheimer-Einstein report, dated June 1947, states that the presence of unidentified spaceships is accepted by the military as de facto.

The Oppenheimer-Einstein report examines issues related to UFOs and aliens: Where can extraterrestrial beings come from, what the law says about this, what should we do in the event of colonization and / or integration of peoples, and why they are here. The document assumes that if EBEs want to settle here on Earth, there will be a “profound change in traditional concepts” of law and the possible need for a new “Law between planetary peoples”.

Part of the 1947 Oppenheimer and Einstein lecture.

Importance of the Oppenheimer-Einstein Report for UFO Studies

This document is important for two reasons. The first reason is that it very logically and consistently considers the possibility of life on other planets before investigating what such a realization would mean. He also raises the question of why, if such respected scientists as Oppenheimer and Einstein are able to approach this topic in an academic way, we cannot participate in such a reasonable discussion today?

The analysis presented by Oppenheimer and Einstein shows that the “disclosure” of extraterrestrial existence can cause irreversible damage to society. This raises the possibility that our today’s governments already know about extraterrestrial existence, but have considered the same issues raised by Oppenheimer and Einstein, and have decided not to disclose the information.

If humanity were informed that intelligent extraterrestrial beings not only exist, but have been visiting our planets for thousands of years, what would happen? Perhaps confronted with such evidence would cause social upheaval in the fields of religion, society, law and finance? If not taken care of, could it wreak havoc on planet Earth?

There are many questions that still need answers. The document suggests that aliens may be more intelligent and technologically advanced than us, and asks why, if so, did they even come to Earth?

To conquer and populate the Earth, to cooperate peacefully with humans, or to study us in the same way we study any new species we encounter? The document addresses the question: if their civilization is more developed than ours, how could a joint population of the Earth be carried out?

Part of the 1947 Oppenheimer and Einstein lecture.

Will humanity be able to cope with access to advanced extraterrestrial technology?

Imagine a situation in which our civilization is provided with advanced technologies – powerful defense systems, unlimited energy, cloaking devices, space travel to other solar systems, instant transport devices, and so on. Given the current state of our civilization and the people who govern it, what would such a release of technology mean? One word: chaos.

Another reason for the importance of the Oppenheimer-Einstein report is that it refers to the presence of alien UFOs on our planet as a fact known to the military. Further, this knowledge is associated with the invention of nuclear bombs – the only weapon capable of destroying life on Earth for many thousands of years.

It is easy to understand that if a UFO is hidden from the public, then this is happening for a variety of reasons, which are logically considered in this document. It is for these reasons that we may never see a revelation of extraterrestrial existence during our lifetime.

In the meantime, it seems that the smartest approach is to keep an open mind. Debate usually flares up between two opposite extremes. One side wants to truly believe that all cave paintings and mythological stories are descriptions of encounters with aliens and UFO sightings.

At the same time, the other side is so willing not to believe in the existence of anything beyond their minds that they will ignore even the most egregious evidence. If scientists can overcome the ridicule and disparaging remarks that arise when studying this topic, perhaps one day we will find irrefutable evidence that UFOs and aliens do exist.