(ORDO NEWS) — Underwater excavations off the coast of Belize have revealed how the Mayan civilization produced salt.

Like any underwater archaeology, the new research is a reminder that Earth’s lakes, rivers and oceans may still harbor many important clues about how ancient people lived.

The find was made by archaeologists at a place known as Taab Nuk Na, where people lived from about 600 to 800 AD.

There are about 110 flooded Maya sites in this area of ​​Paynes Creek in Belize, but Taab Nuk Na is the largest of them.

Two researchers from Louisiana State University and the University of Texas at Tyler recently surveyed the seabed at this site. 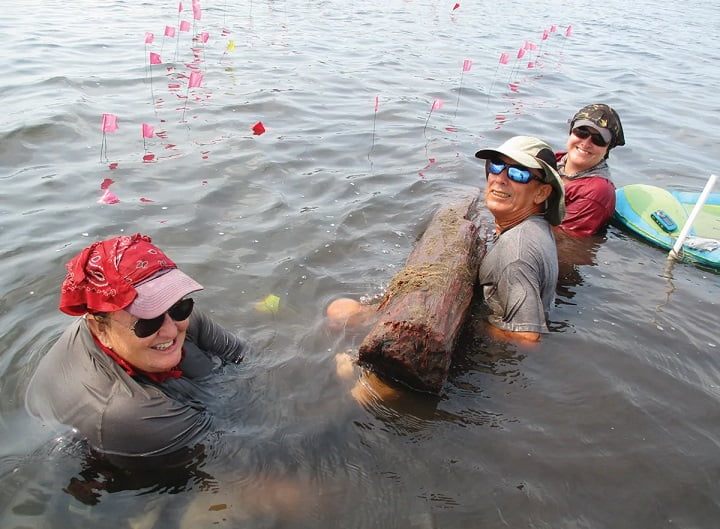 While water can destroy centuries-old wooden structures, the site is covered in mangrove peat, which contains very little oxygen and prevents the entry and growth of microorganisms that normally destroy structures.

Scientists have discovered “kitchens” for cooking brine. Salty sea water was placed in ceramic vessels and heated over a fire. When the water evaporated, it left behind only salt.

It is important to note that this new study showed that Taab-Nuk-Na was used for residential buildings. Other parts of the site likely contained buildings used for salting fish or drying salted fish.

The study helps to figure out how the Maya civilization satisfied their huge appetite for salt . Along with being an invaluable tool for preserving food, salt was also used as a currency.

This commodity was in high demand, especially during the Classic period when Taab Nuk Na was used.

Surprisingly, it seems that the production of a huge amount of salt in the Mayan civilization was carried out mainly in an artisanal way.