(ORDO NEWS) — It seems that in the 21st century there are few unsolved secrets in the world. But archaeologists still manage to find the oldest structures on our planet, whose age is not hundreds but thousands of years old.

The origin of these finds, historians cannot predict until now. It remains a mystery how ancient people could create such technologically complex structures.

They used materials unusual for that time, invented elaborate architectural forms and left mysterious inscriptions on their buildings. What secrets do these ancient structures hold in themselves?

Archaeologists have discovered this large-scale burial complex just 40 km from Dublin – the capital of Ireland. It consists of 40 separate necropolises, and its approximate area is 10 km2. But scientists believe that in fact the complex is much more extensive. The approximate age of the most ancient necropolis is about 5 thousand years. The complex is considered one of the oldest attractions in the world.

Historians believe that this is not only the burial place of ancient people, but also a huge temple. Its altar is at the end of the corridor, which is 19 meters long. It is noteworthy that it is illuminated by the sun’s rays only 1 time per year – on the day of the winter solstice. Scientists still could not solve all the secrets of the complex. Every year there are still large-scale excavations.

“Valley of Pitchers” in the suburbs of Laos

This unique place was found near the city of Phonsavan in Laos. On the desert territory there are several dozen stone structures, which in their shape resemble jugs. Their size varies from 20-30 cm to 3.5 m. The weight of the largest blocks is 6 tons. In total, more than 500 stone stupas were found on the territory of the “Valley of Pitchers”. Scientists still can not explain their origin. But they determined their age – ancient people created them about 2500 years ago.

The unsolved mystery of “Valley of Pitchers” has given rise to many legends. Locals believe that stone stupas were created by giants inhabiting these lands. Scientists suggest that the “jugs” were funerary structures. In them, ancient people cremated their deceased relatives. It is noteworthy that near Phonsavan there never were deposits of stone.

Carved columns of ancient temples in the city of Shravanabelagola (India) 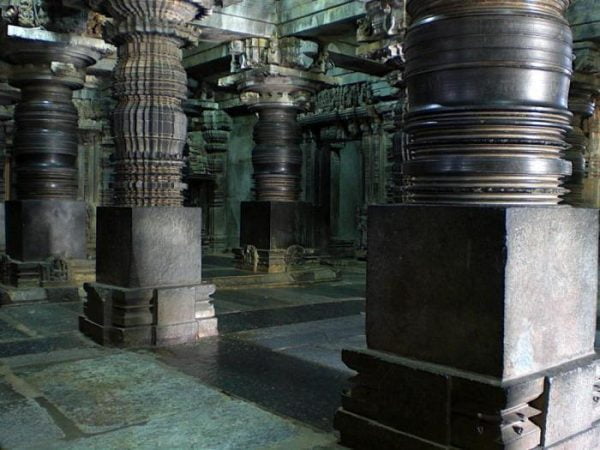 Shravanabelagola is a city that is considered the religious center of the Jainism movement. A huge number of temple complexes have been built on its territory, which are united by one exceptional feature – carved columns. Historians believe that they were created by craftsmen who lived in the city 1,500 years ago.

Their technique was unique. They were able to carve out such huge gigantic columns of bizarre shapes from huge stone blocks. None of the known civilizations of the world possessed such technology. 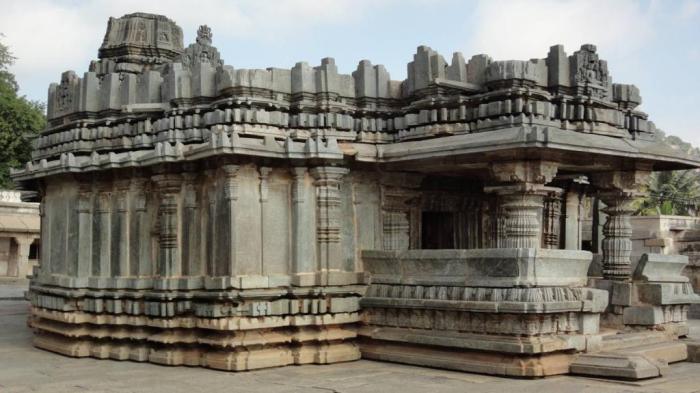 Every year, thousands of travelers come to Shravanabelagola to see for themselves the unique carved columns. Scientists still cannot understand how the ancient masters managed to create such thin and smooth sections. Today, no one can create a similar column manually. 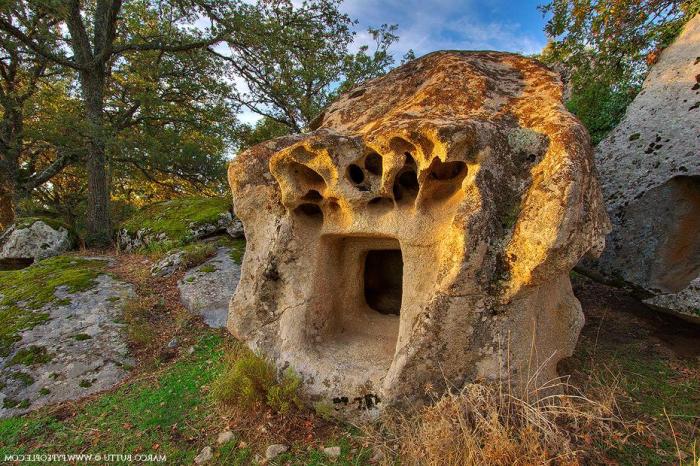 Italy is a country that has presented to humanity more than 80% of cultural and historical monuments. Most of them, of course, accounted for the heyday of the Roman Empire. But there are also monuments of the most ancient civilizations. Of particular interest to archaeologists are stone structures on the island of Sardinia, called the “Fairy House”. Scientists cannot understand why these small houses with tiny doors and windows were created.

They are not suitable for people to live, because the person does not fit there. In Sardinia, about 2.8 thousand of such structures were found. Their approximate age varies from 4 to 6 thousand years. The miniature size is not the only secret that scientists can not solve. Archaeologists do not know how ancient people managed to cut down houses in huge boulders or steep rocks.

On their walls, the masters left mysterious inscriptions in an unknown language. It is noteworthy that they have never been repeated. Today, “Fairy House” is very popular among tourists. Travelers bring sweets with them to leave them at miniature structures. It is believed that this will bring them good luck.

“Cities of the Gods” in India, Japan, Egypt and Peru 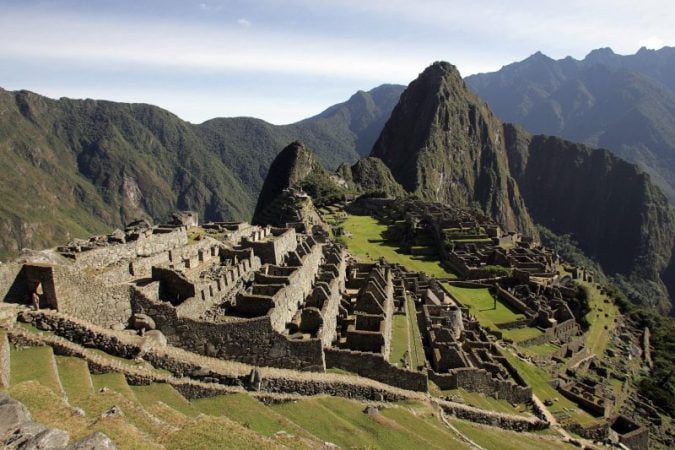 The ancient “Cities of the Gods” is one of the most mysterious secrets of mankind. They are located in different parts of our planet. The remains of these cities were found in Peru, India, Japan and Egypt. They are united by bizarre masonry walls, analogues of which have not yet been found in the world. Its technological complexity is striking. Even the ancient Greeks could not lay out stones as evenly as the inhabitants of the “Cities of the Gods” did. In the photo above you can see that the difference was significant.

This masonry is called Inca polygonal masonry. With its help, huge fortifications and entire temple complexes were created. The stones were simply laid on top of each other, without using a solution to hold them together. It is not clear how ancient people learned to process large stones and make their surface so smooth.

Scientists cannot understand why the secret of polygon masonry was lost. No civilization in the future could recreate it. Archaeologists are also surprised by the fact that masonry of the same age was found in distant parts of the world. Because of this, conspiracy theories are popular. For example, some believe that the buildings of the “Cities of the Gods” were created by alien nano-robots. 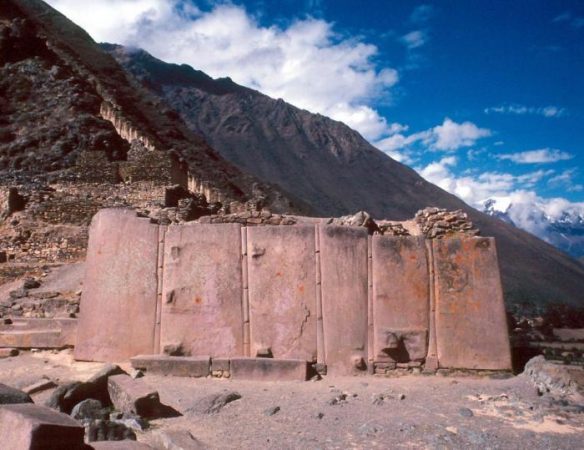 There is another version: the buildings were created from cooling lava, from which ancient people molded huge stones, which then hardened. The unsolved mystery of the “Cities of the Gods” attracts a huge number of tourists.

They personally want to see the ancient buildings that have stood for thousands of years and withstood all natural and man-made disasters. Scientists believe that the Inca polygonal masonry is many times more complicated than the technology with which the famous Egyptian pyramids were built. 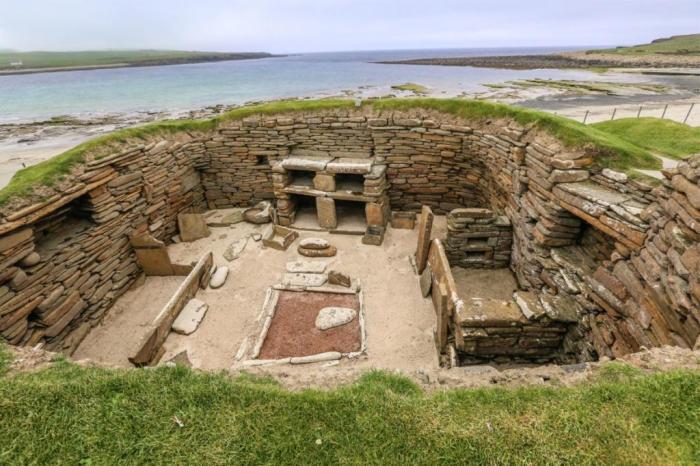 Archaeologists call the Skara Bray settlement “Scottish Pompeii.” Presumably it was created in 3180 BC. For a long time the settlement was hidden from people, so it was not plundered. Scara-Bray consists of 8 megalithic objects that are combined into separate blocks. Scientists believe that this is the largest settlement of ancient people found in Europe.

Tomb of Gavrinis in France 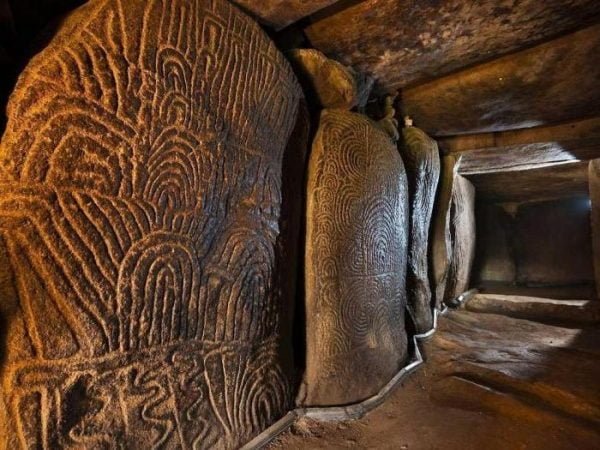 In the north-west of France, near Brittany, in the Gulf of Morbihan is the uninhabited island of Gavrini. Its main attraction is the impressive megalithic mausoleum in size. Archaeologists believe that it was created in the 5th millennium BC.

At that time, the land on which the mausoleum was built was not yet an island. It separated from land only after a few centuries. It is noteworthy that the tomb was built according to the corridor type. Usually such mausoleums were erected far from the water.

As a rule, they were built on high hills or in the mountains. Inside the tomb, archaeologists were able to find symbols and patterns that ancient people carved from stone. Scientists have already been able to decipher some of them. But in the depths of the tomb are plates with patterns that are not yet amenable to translation.

Since 2015, cosmic ray power has increased by 18 percent

Since 2015, cosmic ray power has increased by 18 percent