(ORDO NEWS) — Archaeologists in Scotland shed ‘real tears’ after discovering a stone covered in geometric carvings that the Picts, the region’s indigenous people, developed some 1,500 years ago.

The team unexpectedly discovered a 1.7-meter-long carved stone during geophysical surveys in Aberlemno, a village with Pictish roots.

The stone has several geometric shapes depicting abstract Pictish symbols such as the triple oval, crest and mirror, crescent and double discs. According to the researchers, some of the carved symbols overlap each other, suggesting that they were carved at different time periods.

It’s unclear what all these symbols mean, but “the best guess is that they are a naming system representing Pictish names,” Gordon Noble, excavation leader and professor of archeology at the University of Aberdeen.

“This is the real find of a lifetime,” said James O’Driscoll, an archaeologist at the University of Aberdeen in Scotland who helped excavate the stone, in a university video:

The Picts (from the Latin word for “painted” or “picti”) were a fierce people who lived in ancient and medieval times in what is now Scotland. They are part of the reason why the Roman Empire never conquered Scotland. The new find is one of about 200 such stones known to archaeologists. Other stones with Pictish symbols also come from Aberlemno, which is known for its unique standing stones, including a slab that may depict scenes from the Battle of Nechtansmeer, the Pictish victory over the Anglo-Saxon kingdom of Northumbria in 685 AD, which is associated with the creation of what would become Scotland.

The discovery came in early 2020 when archaeologists were exploring the area as part of the Comparative Kingship Project, a five-year study of the early medieval kingdoms of northern Britain and Ireland.

The team had hoped to immediately dig up and study the stone, but due to the COVID-19 quarantine, they had to put their plans on hold. Finally, after several months of waiting, they were able to extract and examine the stone, dating the carvings to the fifth or sixth century AD. 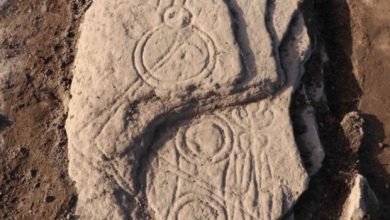 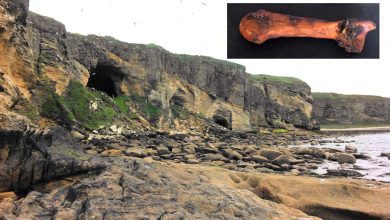 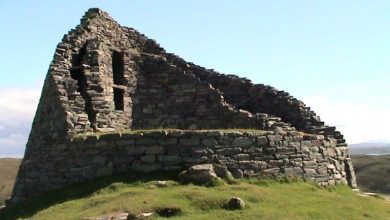 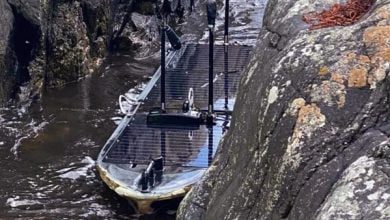 Mysterious unmanned object washed up on the coast of Scotland 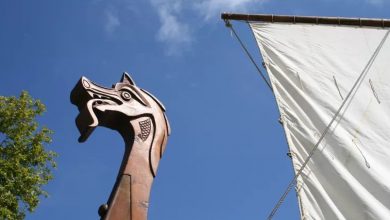