(ORDO NEWS) — Archaeologists from Israel and Canada have found potential evidence that Homo erectus may have used fire at the Levantine site of Euron around 1 million to 0.8 million years ago.

They came to this conclusion after re-examining stone artifacts, faunal remains and deposits excavated back in the 1970s.

One of the most important innovations in the history of ancient mankind was the beginning of the use of fire. However, the question of when this happened remains unanswered.

It was believed that the oldest evidence of the use of fire is about 1.6-1.5 million years old and they came from Africa (monuments of Svartkrans, Chesovanie and Koobi-Fora).

But recent studies have shown that the finds from these places could well have been the result of a natural fire.

In a paper published last year, archaeologists from the Netherlands analyzed materials from 141 Paleolithic sites and concluded that ancient people everywhere began to use fire only about 400,000 years ago.

But at the same time, there is one much more ancient site, where charred wood and fragments of stone tools with obvious traces of heating were found.

This Acheulean monument, about 790 thousand years old, is called Gesher-Benot-Yaakov and is located on the territory of modern Israel.

Since the hearth is not distinguished by color, depth, contours, or any other signs on this site, archaeologists have described this find as a ghost hearth.

A team of scientists from Israel and Canada, led by Filipe Natalio of the Weizmann Institute of Science, examined materials found at the Euron site. This open site, located on the territory of modern Israel, was first excavated in 1976-1977.

Archaeologists have discovered there faunal remains, deposits and flint tools dating back to the Lower Paleolithic (about 1-0.8 million years ago).

On all these materials, no traces of heating were noticeable. However, the scientists decided to re-examine these findings using Raman spectroscopy, deep machine learning and some other methods.

As a result of the study of 26 stone artifacts, including flakes, retouched flakes and core, it turned out that they were exposed to high temperatures, and their range varied significantly, although these objects were located next to each other in the excavation.

Archaeologists have not noticed any correlations between the heating temperature and the size or type of tools. In addition, using Fourier transform infrared spectroscopy, the researchers studied 87 small animal bone fragments, which ranged in color from brown to white, found in different excavation squares.

They were able to identify 13 fossils that were exposed to temperatures above 600 degrees Celsius. All these remains turned out to be fragments of tusks (or one tusk) of a proboscis animal (Proboscidea) found in the same square.

According to scientists, the evidence found allows us to attribute the location of Euron to a small circle of Lower Paleolithic sites, where there is potential evidence of the use of fire by ancient people.

They noted that the impact of a natural fire cannot be completely ruled out, although it is likely that related artifacts would have been subjected to a more uniform thermal effect. Perhaps this is another hearth-ghost. 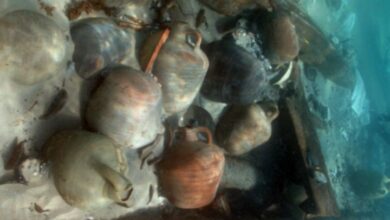 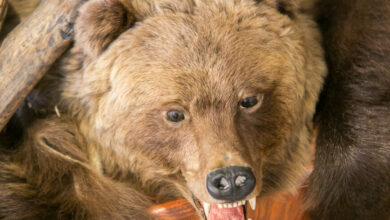 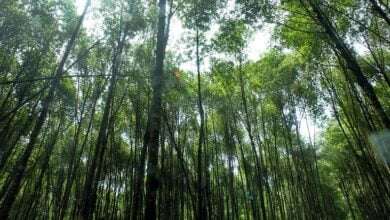 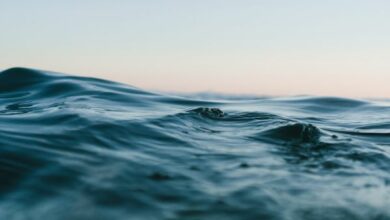 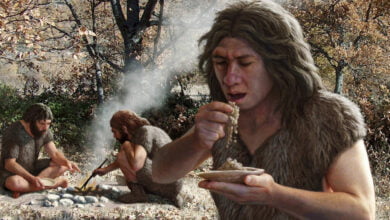 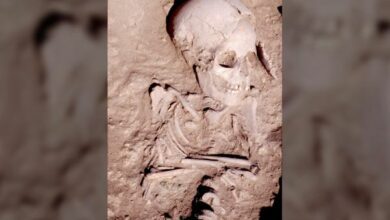