(ORDO NEWS) — Archaeologists examined the remains of 75 children under the age of 12, discovered in the Early Bronze Age burial ground Franzhausen I. Through peptide analysis, they were able to determine the sex of most of these individuals.

It turned out that in 98.4 percent of cases, boys and girls were buried according to the rite characteristic of adult men and women. The only exception was a girl of four or five years old. The results of the study are published in the Journal of Archaeological Science.

Male and female burial rites began to differ in Europe during the late Neolithic and Eneolithic eras. One of the oldest evidence of this is the Varna burial ground of the 5th millennium BC, located in Bulgaria. Archaeologists have found three types of burials in it. So, men were mostly buried in an extended position lying on their backs, women – more often in a crouched position on their side (“fetal position”). In addition, some of the burials turned out to be cenotaphs.

Often, in different cultures, the gender of the deceased can be established by orientation to the cardinal points. However, the question of whether this practice extended to children remains quite open, since it is extremely problematic to establish the gender of children using paleoanthropological methods, and ancient DNA is often not preserved. 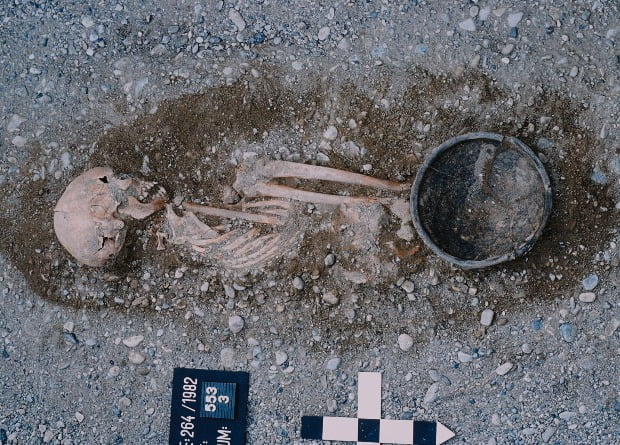 In the Early Bronze Age in Central Europe, the tradition of bell-shaped cups was replaced by the Unětice archaeological culture, the formation of which is associated with a significant influx of population from North-Eastern Europe. It developed around 2300 BC and lasted until the middle of the 2nd millennium BC. The burials of this culture are rather monotonous.

As a rule, this is inhumation, and the dead were buried in a crouched position on their side. Burial grounds usually included 5–20 burials. One of the largest burial complexes of that time is the Franzhausen-I burial ground, located in Lower Austria. It was excavated as part of the security and rescue work that preceded the construction of the highway in 1981-1983. Radiocarbon analysis showed that the burials of this monument date back to 2050-1680 BC. 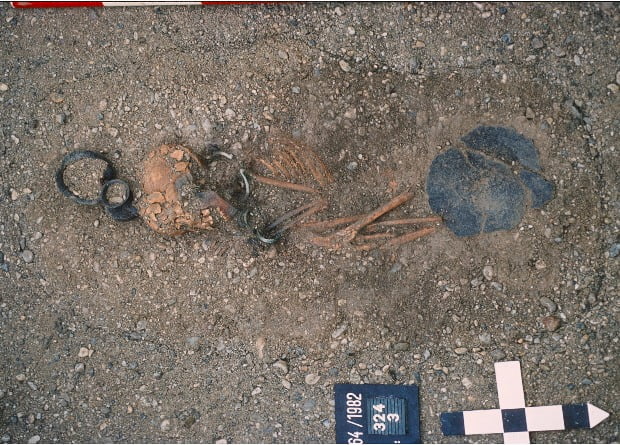 Katharina Rebay-Salisbury of the Institute of Archeology of the Austrian Academy of Sciences, together with scientists from Austria, studied late Neolithic and early Bronze Age (c. 2900-1600 BC) burials discovered in Central Europe. The researchers decided to find out whether the different position of the skeleton in burials, typical for adult men and women, was observed in the burials of children of the same sex.

To do this, they decided to use the analysis of peptides in tooth enamel using liquid chromatography and tandem mass spectrometry to determine the sex of 75 children who died before the age of 12 years. Archaeologists unearthed all these remains in the Franzhausen-I burial ground, in which a total of 716 buried people were found.

Archaeologists noted that at this monument, men were buried on their left side with their heads oriented to the north, and women were buried on their right side with their heads oriented to the south. In addition, the gender identity of some of the buried was additionally confirmed by the characteristic inventory: daggers were sometimes present in male burials, and bracelets and necklaces were present in female burials.

As a result of the study, scientists were able to determine the sex of 70 out of 75 individuals. Among them were 36 boys and 34 girls. Archaeologists noted that significantly more boys died in the first three years of life, while more girls died from three to six years. Survival in the group from 6 to 12 years was about the same. Stress markers on the remains are also present in approximately the same proportions. In two cases, the researchers found evidence of trepanations on the girls’ skulls, which were done due to injuries. 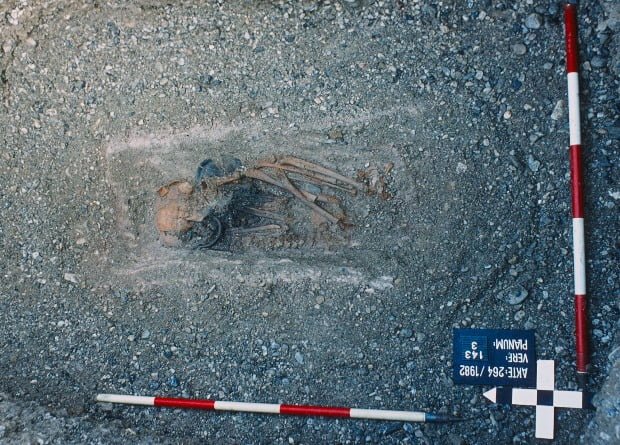 Archaeologists concluded that all 30 burials, which were originally identified as female, did indeed contain the remains of girls. While in one of the 33 male burials were the remains of a girl. The remaining seven graves were either overly disturbed during the post-mortuary rite (n = 3) or showed mixed characteristics, such as skeletal position for girls and orientation for boys.

Thus, in 98.4 percent of cases, the biological sex of the children coincided with their funeral rite. The only exception was a girl of four or five years old, who was buried on her left side, with her head to the north. At the same time, her grave goods included bronze hair rings, a necklace, three glass beads and seven shells.