(ORDO NEWS) — “Repeat a lie often enough and it will become true” is the law of propaganda often attributed to Nazi Joseph Goebbels. One such deceitful idea was the notion that the ancient Greeks regularly practiced infanticide, killing weak children, the disabled, and the sick.

Now, new research published in the JSTOR journal The Hesperia has refuted this claim, suggesting that the Greek infanticide legend is pure myth or pure propaganda.

Classical University of California professor Debbie Snead, author of a recently published study, says: “This article challenges the widespread assumption that disability, in any broad and vague sense, was a valid reason for infanticide in ancient Greece.” She argues that abandoning infants with disabilities was not an accepted part of ancient Greek culture, although she admits that it did sometimes. 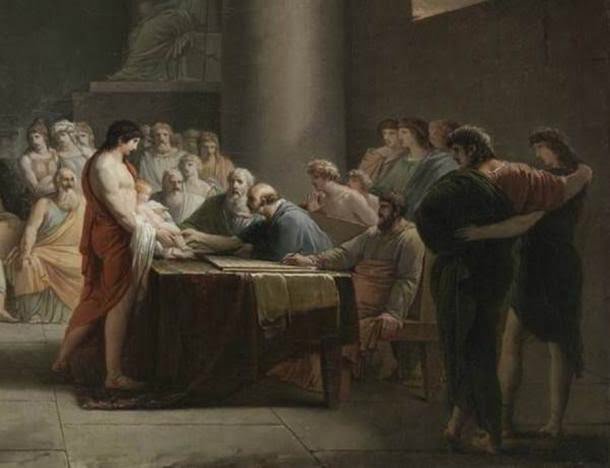 This painting by Jean-Pierre Saint-Ors, titled “The Selection of Children in Sparta”, is a neoclassical depiction of infanticide as described by Plutarch.

Plutarch and the origins of the Greek myth of infanticide

Much of the Greek myth of infanticide comes from the biography Life of Lycurgus, written by the famous Greek philosopher Plutarch around AD 100. He wrote that the ancient Spartans gave their newborn children to be tested by the council of elders.

These elders decided that healthy and strong children would be kept alive, while short or ugly children would be abandoned and left to their fate. Plutarch justified this by saying that “it will not be better for them or for the city if they live ill-adapted.”

This myth caused great harm, and the Nazis clearly took advantage of it in their quest to create an ideal race. Modern scholars, professors, intellectuals and university professors cite this myth ad nauseum in an attempt to create a comparative and linear narrative of progress and social growth over the 2,000 years since Plutarch’s story was published. But perhaps it was just a form of propaganda!

Snead admits that infanticide was practiced in ancient Greece. And it is still practiced, even today, in many modern societies. However, infanticide is not and has not been widely or popularly accepted in any society. Considering the results of the latest research, this also applies to the Greeks, who, contrary to popular myth, did not leave the “dwarf from the litter” to their fate.

Snead argues that the overwhelming amount of historical evidence also supports her theory. After all, Plutarch wrote about the times in Sparta 700 years before his birth. Other historical works by Plutarch mention a Spartan king who was born lame and disabled, but despite his shortcomings, proved to be an able and competent leader.

Plutarch probably had in mind Agesilaus II, who became king of Sparta at the beginning of the 4th century AD. Despite being born lame, he somehow succeeded in the rigorous Spartan warrior training system called agoga and completed his training with flying colors.

The heirs of the Spartan kings never went through the Spartan learning process, but Agesilaus II had to prove his worth, since he was neither an appointed heir, nor a fully capable body.

In fact, the agog in Sparta was a mandatory training and education program for all male Spartan citizens except the firstborn in the ruling houses. In agog, military training included development or high tolerance for pain, as well as singing, dancing, and social performance. By the 2nd century BC this practice has been abolished. 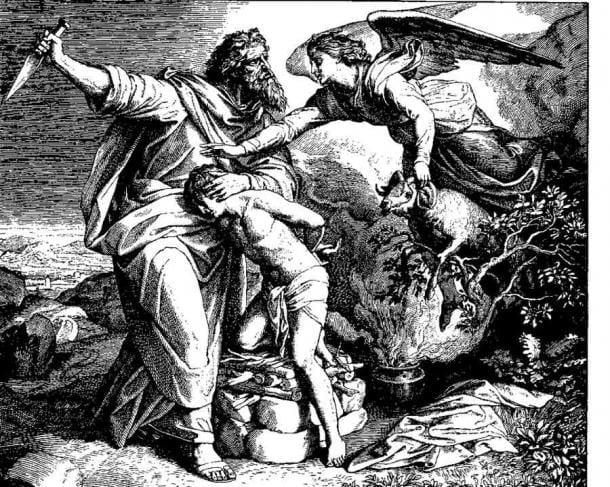 In this 1860 image of The Binding of Isaac by Julius Schnorr von Karolsfeld, Abraham is about to sacrifice his son Isaac to God.

Cultural and historical relationship to infanticide

Snead points to the fact that four hundred strange babies were discovered in a mass grave well in Athens back in 2015, as reported by Ancient Origins at the time.

When these remains were analyzed in 2018, it turned out that these babies were no more than a few days old, indicating high infant mortality in the ancient world, not selective infanticide. Infant mortality is when a child dies at birth or shortly thereafter from natural causes, which is very different from infanticide.

In ancient Roman infanticide, boys were not preferred.

Are the tales of Roman infanticide and sacrifice just myth and legend?

A classic from the University of Manchester, Christian Laes, in an interview with Science magazine, claims that there is another layer here. Lack of evidence should not indicate that this practice was not followed.

After all, there is a tremendous sense of shame and discomfort in society (which persists to this day) associated with abandoning babies, and this is unlikely to be actively mentioned in modern sources. Ethnographic examples from the history of a wide variety of societies during periods of severe economic disaster and hardship, drought and famine indicate record high child mortality.

In fact, pre-modern societies have shown that attitudes towards people with disabilities and the elderly were mostly positive. In pre-modern times, societies tended to provide care and assistance to their citizens, rather than abandoning or marginalizing them.

In Turkey, a diver stumbled upon the ruins of an ancient Greek port

In Turkey, a diver stumbled upon the ruins of an ancient Greek port