Archaeologists have discovered ancient footprints at a testing and training ground in Utah. They are called “ghost tracks” because of the way they are preserved.

During the Pleistocene era, the arid region may have been marshy, and the footprints appear to have belonged to a group of people, including children, who walked barefoot in shallow water.

Beneath the sand was a layer of dirt that preserved the imprint.

“We found a lot more than we bargained for,” said Hill Air Force Base Cultural Resources Manager Anya Kitterman.

The prints are about a kilometer away from other recent finds, including an open hearth that is about 12,300 years old. 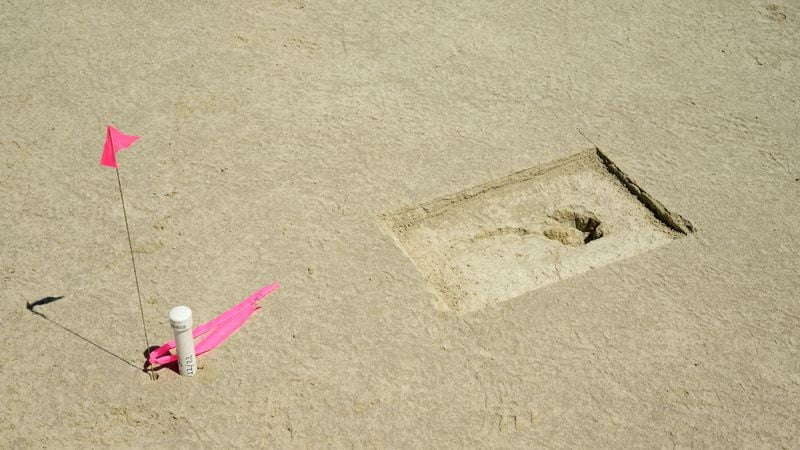 Evidence of the earliest known human tobacco use in the world has also been found.

“We want to describe the prints themselves in more detail to find out who was in the group and how they used the area. We also talk to Native American tribes to get their opinion.”

Over the past 5,000 years, the age of mothers has increased. But the fathers have not aged much

Laetoli footprints: Who left these footprints in Tanzania 3.6 million years ago?

Over the past 5,000 years, the age of mothers has increased. But the fathers have not aged much

Laetoli footprints: Who left these footprints in Tanzania 3.6 million years ago?