(ORDO NEWS) — For several years, experts have been arguing about the fresco on which you can see the church, and above it there is a strange disc-shaped object very reminiscent of a UFO. On the fresco, an unidentified object seems to be setting fire to the structure.

Discussions of scientists are connected with the fact that they cannot figure out the true meaning of what was drawn. Some say that UFOs don’t actually emit fire – it’s just dirt. Others doubt that the mural depicts a UFO at all.

The fresco itself was created in the 16th century in the Romanian church Biserica Manastirii, which is located in the city of Sighisoara. The historical part of the building is a UNESCO World Heritage Site, since Vlad II, who was the ruler of Wallachia and the father of Vlad Tepes, better known as Vlad Dracula, lived in the church. 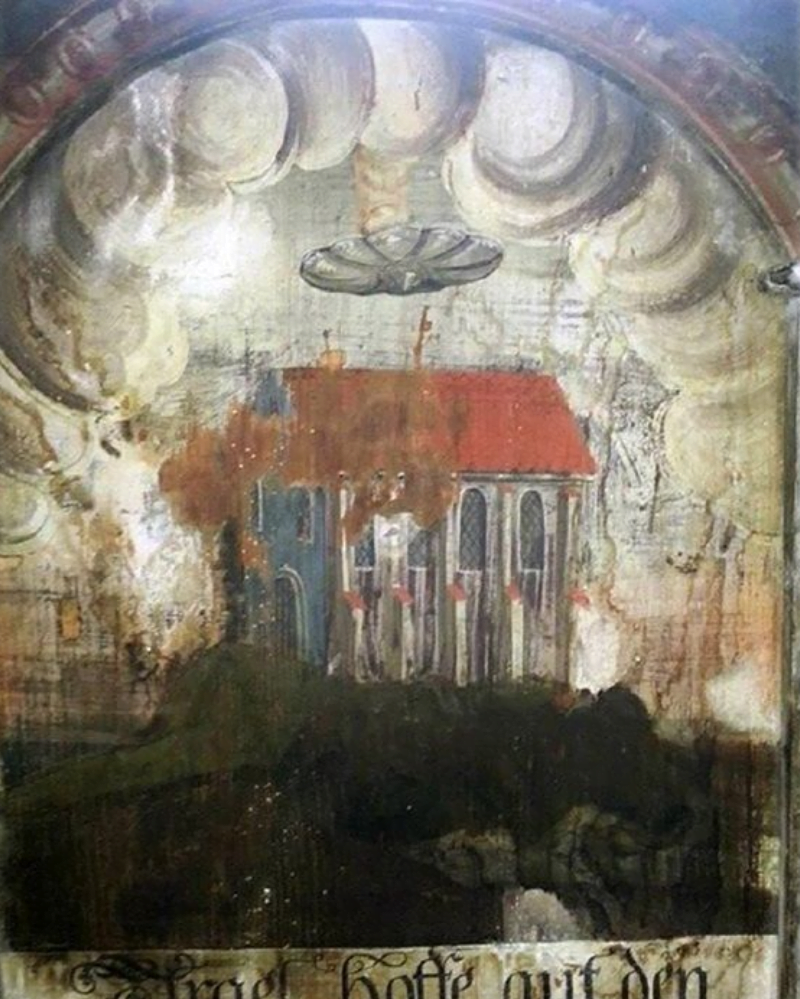 On the fresco, the church is surrounded by gray clouds, from which an unidentified flying object with a fiery tail flies out. UFO has its classic disc-shaped shape. Some scientists believe that the fire may actually be dirt, streaks, or secretions from bricks.

The picture is the first evidence of the existence of extraterrestrial civilizations, if, of course, the experts understood it correctly. Maybe the artist wanted to portray something other than a UFO.

Above the fresco there is an inscription from the Bible: “May Israel trust in the Lord.” It is difficult to say how these lines relate to what is painted on the wall. Nobody knows what the author wanted to convey between 1523 and 1700.

It should be noted that a similar image of a UFO with divisions in the form of petals is found on old French coins. They are also poorly understood. According to scientists, flying “wheels” are depicted on tokens.

Experts will continue to study the mural in hopes of revealing its true meaning.