(ORDO NEWS) — New Zealand paleontologists have discovered the remains of an ancient crested penguin that lived more than three million years ago. By adding data about this species to the pedigree of all penguins, the researchers received new evidence that the common ancestor of the squad lived in New Zealand. The genus of crested penguins also appeared here, which then spread widely across the Subantarctic. A detailed description of the new species was published in an article for the journal Proceedings of the Royal Society B.

New Zealand is a haven for numerous seabirds. Only seven species of penguins nest here. About 20 more are known from fossil deposits – and this is clearly not the final figure, since many finds are still waiting to be described. Studying ancient penguins not only sheds light on the evolution of this group, but also provides insight into how New Zealand became the center of the world’s seabird diversity.

A team of paleontologists led by Daniel B. Thomas of Massey University examined the 3.36–3.06 million year old penguin remains that were found on New Zealand’s North Island. It turned out that they belong to a species unknown to science. Researchers have assigned it to the genus of crested penguins (Eudyptes), which includes seven extant and one recently extinct species. The new species is the oldest known representative of its genus in New Zealand, so it received the name Eudyptes atatu (translated from the Maori language, its specific epithet means “dawn”).

The researchers calculated that E. atatu’s body length reached about 65 cm, and he weighed up to five kilograms. This is in line with the size of the great crested penguin (Eudyptes sclateri) that today inhabits the islands south of the main archipelago of New Zealand. The details of the structure of the limbs and skull were distinguished from the modern species of E. atatu. For example, its beak was thinner than modern crested penguins and more closely resembled that of a magnificent penguin (Megadyptes antipodes). Probably, the common ancestors of the magnificent and crested penguins had thin beaks, but the latter gradually became more thick. 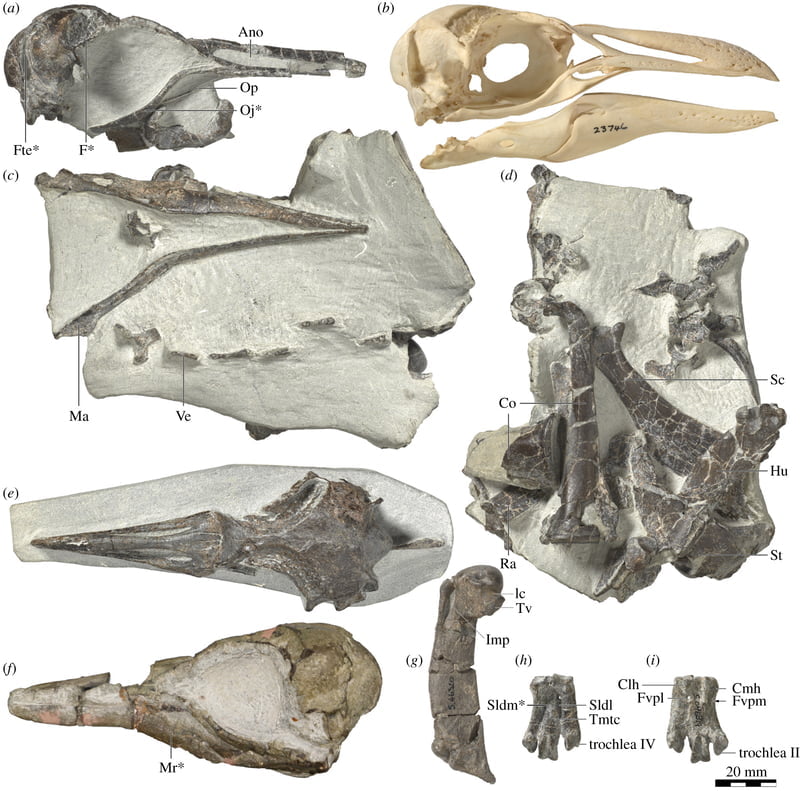 The authors associate the evolution of the crested penguin’s beak shape with changes in oceanic ecosystems that occurred in the Pliocene, from two to five million years ago. Wind upwelling increased markedly during this era, leading to an increase in krill biomass. To hunt these crustaceans more efficiently, crested penguins have acquired large, bristled tongues and wider throats. This was reflected in the shape of their beak. Most likely, similar changes independently occurred with the ancestors of the genus of chinstrap penguins (Pygoscelis).

According to phylogenetic analysis, E. atatu is a sister species to all modern crested penguins. By including this species in the pedigree of all living and fossil penguins, the authors concluded that the genus Eudyptes is native to New Zealand. Moreover, with a high probability, the last common ancestor of all penguins lived here.

Over the past few years, paleontologists have significantly improved our understanding of the evolution of penguins. For example, the remains of several species of giant penguins have been found in New Zealand. Some of them reached the height of an adult.

Alien invasion: Where did life come from on Earth?

Alien invasion: Where did life come from on Earth?