(ORDO NEWS) — On the tropical islands of the Seychelles archipelago, a palm tree grows, which gives the world’s largest plant seeds, sometimes weighing up to 20 kilograms.

Lodoicea maldivica, also known as double coco, or coco de mer, is an unusual type of palm tree that grows up to 34 meters tall and produces giant seeds up to 30 centimeters long, nearly 1 meter in circumference and weighing over 18 kilograms. 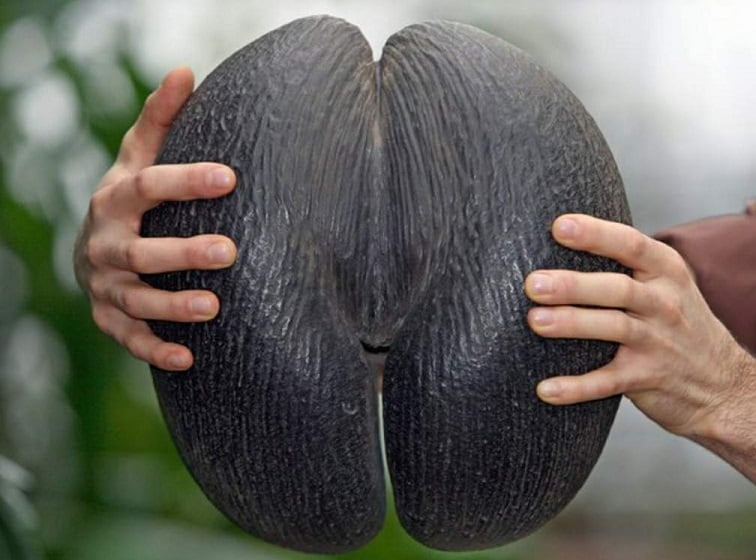 Due to the unusual shape of the fruit, which looks like a woman’s buttocks, they have been highly valued by monarchs and other powerful people for many years. Even today, palm seeds are highly sought after by collectors.

The coconut de mer palm grows on the islands of Praslin and Curios in the Seychelles. Today also a few palms can be found on the small islets of Saint-Pierre, Ile-Rond and Chauve-Souris.

In total, there are currently only about 8,000 wild mature trees of Lodoicea maldivica in the wild, placing this species on the endangered list. 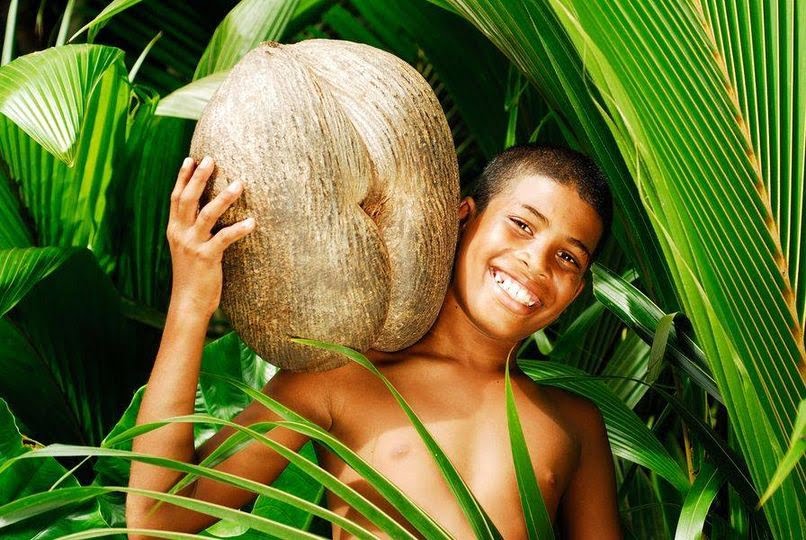 The fan-shaped leaves of Coco de Mer can grow up to 10 meters long and 4.5 meters wide. This is surprising since this species only grows on rocky soil that is devoid of nutrients.

The islands do not have much nitrogen and phosphorus, but Lodoicea maldivica has adapted to do without them, requiring only about a third of the nutrients needed by other plants.

Seeds of Lodoicea maldivica are in such demand due to the fact that they are very rare. Not only do they grow on several islands in the Seychelles, but in their centuries-old life cycle, the palm produces only about 100 seeds.

It takes up to seven years for a seed to mature, and two more for germination. However, germination occurs only when the palm reaches “puberty”, which occurs after about 80 years. The palm got its name (coco de mer) because sailors once thought that the giant seeds they found floating in the ocean came from “sea coconuts”.

In fact, the fruits of the palm tree, which contain the seed, are very heavy, so they sink to the bottom of the ocean.

After a while, the husks that cover them and the fruits themselves decompose, allowing the seeds to rise to the surface of the water.

Inspired by the shape of the world’s largest plant seeds, local legends tell of male and female Coco de mer palms coming together for passionate nights when no one is looking. If someone becomes a witness to their love, he will either go blind or die on the spot.

Coco de mer seeds have always been in demand, especially today when the species is endangered. A single seed can fetch several thousand dollars, which is why they are usually kept in cages to prevent poaching.