(ORDO NEWS) — Scientists from the Terra satellite received an amazing image of clouds of irregular shape that appeared over the islands of Cape Verde (Atlantic). Pieces of land are located about 600 km from the western coast of the African continent.

Cape Verde includes 10 islands, 7 of which are flat. The 3 islands (Fogo, Santa Antão and São Nicolau) rise to a height of almost three kilometers, obstructing the circulation of winds and creating vortices. Waves of air can only be seen when there are clouds. 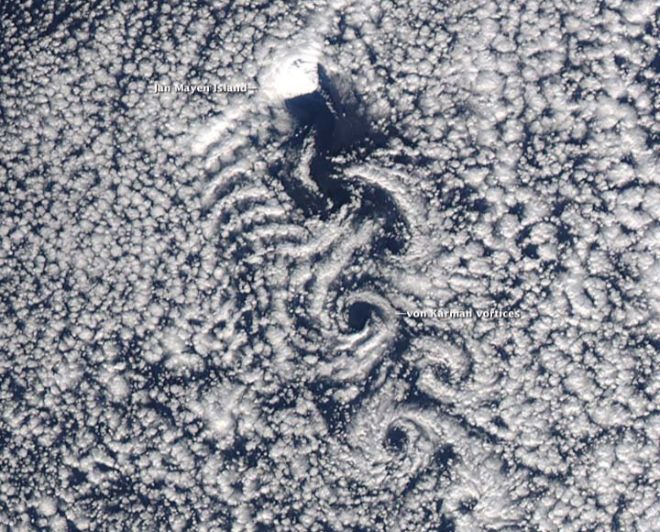 The phenomenon called von Karman vortices takes place at certain wind speeds, it is created by vortex separation. Wind flows occur both around peaks and around various structures, antennas, chimneys, etc. Engineers create special structures so that the resulting flows do not destroy buildings.

You can admire the most beautiful patterns in the wild. Previously, similar images were taken in the Greenland Sea and Indian Ocean.