(ORDO NEWS) — Scientists managed to find in the thermal baths, located in the Roman city of Silchester, part of an ancient round-shaped print, on which the name of Emperor Nero is present.

With the help of this find, specialists will be able to obtain additional information regarding the period when the Roman settlement flourished in the UK.

Dr Sarah Machin, who works at the University of Reading, noted that the round print has an image of Nero. The artifact will help to obtain additional information about the thermal baths, which are located in the ancient Roman city of Silchester.

It is worth noting that this city was once the capital of the Atrebat tribe. Gradually, it increased in size and began to act as the main junction of Roman roads in Britain. But it did not last very long and in the 5th-7th century AD the settlement was completely abandoned.

In 43 AD, Britain changed and became part of the largest empire that has ever existed on the planet. Before the Romans came to this country, it was divided into tribal areas. It was the Romans who brought to Great Britain a new currency and culture, another language and many gods to worship.

Nero began to rule the country 11 years after the conquest of Britain took place. A few years later, there was an uprising of Queen Boudicca, during which about 80 thousand Britons and Romans died. Many cities were also destroyed.

In Silchester there was a huge number of houses and shops, public baths, an amphitheater was built. It was not rebuilt or settled like most Roman cities.

For almost 1500 years it has been underground. Archaeologists were engaged in the study of those sites that have survived to this day the best. Excavations began 20 years ago. 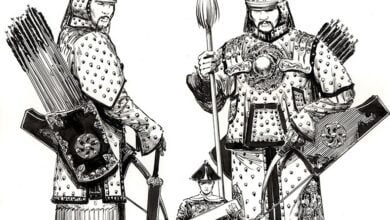 Chinese squad of giant archers who served the emperor in 1555