(ORDO NEWS) — During the construction of the N-31 highway, which is near the Poltava region, a unique and valuable artifact was found. A scarab beetle-shaped pendant made during the Sarmatian era (2000 years ago) was found during road works. 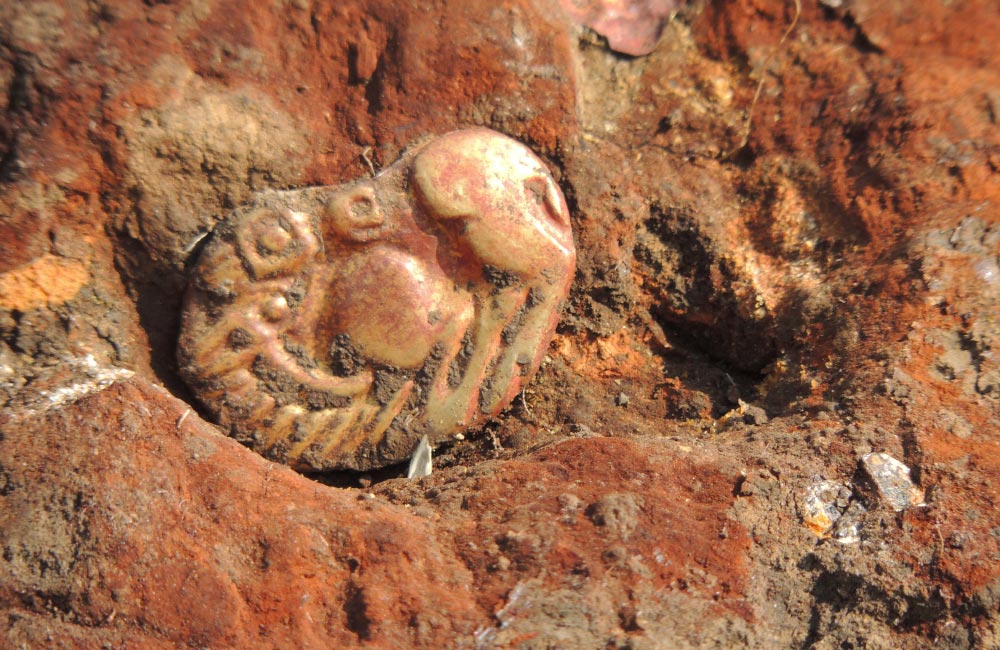 Excavations were carried out near the village of Podgora. Construction work is also underway on the N-31 Dnieper-Reshetilovka highway. The find is reported by the press service of Ukravtodor.

The Sarmatians were nomads and lived on the territory of modern Ukraine in the first centuries of our era. Herodotus mentioned them in his writings.

The pendant has lain in the ground for 2000 years. It is perfectly preserved, archaeologists from the research center say. The product (pendant) is made of Egyptian faience. Most likely this is a piece of beads.

Archaeologists say scarab beetles are not only found in Egyptian culture. Other peoples also worshiped this insect. Scarabs are very common in the burials of children and women.

Scientists are now carefully examining the artifact. They claim that this is the first such find in many years. Excavations are planned to continue. Perhaps this is not the only value that lies underground in this area.

Someone called from the dead man’s phone for 11 hours, but only interference was heard

Someone called from the dead man’s phone for 11 hours, but only interference was heard