Centuries later, this briefest of mentions fueled a longstanding historical debate – one that’s just been answered by the coins themselves.

“Historians have long debated what the statesman and scholar meant when he wrote ‘the coinage was being tossed around, so that no one was able to know what he had.’ (De Officiis, 3:80) and we believe we have now solved this puzzle,” says University of Warwick archeologist Kevin Butcher.

The Roman state was teetering on the edge of bankruptcy in 91 BCE at least in part due to the Social War against their Italian allies, who wanted citizenship along with the power to vote in Roman elections.

By 89 BCE, Rome was mired in a debt crisis, and Cicero’s passage suggested people were losing confidence in their currency, the denarius, too. Denarius coin depicting the god Bacchus sampled as part of the project. (University of Warwick)

“Cicero related how the Roman tribunes approached the college of praetors to resolve the crisis, before Gratidianus claimed sole credit for the collective effort,” explains Butcher.

“One theory is that Gratidianus fixed the exchange rate between the silver denarius and the bronze as (which had only recently been reduced in weight). Another is that he published a method for detecting fake denarii, and so restored faith in the coinage.”

“Unfortunately, Cicero’s choice of words is too obscure for historians to determine exactly what was going on. His purpose in writing about it wasn’t to illuminate monetary history; he was just using the incident as an illustration of a Roman magistrate behaving badly by taking credit for the work of others.”

In part of an ongoing project, Butcher and colleagues analyzed the composition of the coins minted during these years.

They used minimally invasive sampling techniques to prevent damaging the precious silver relics, bearing the heads of gods and Roman leaders, that were first introduced as currency in 211 BCE, valued at ten bronze assēs coins.

The researchers found before 90 BCE the denarius was composed of pure silver, but that dropped 10 percent only five years later.

“The denarius first dropped to under 95 percent fine, and then it fell again to 90 percent, with some coins as low as 86 percent, suggesting a severe currency crisis,” concludes University of Liverpool archeologist Matthew Ponting. 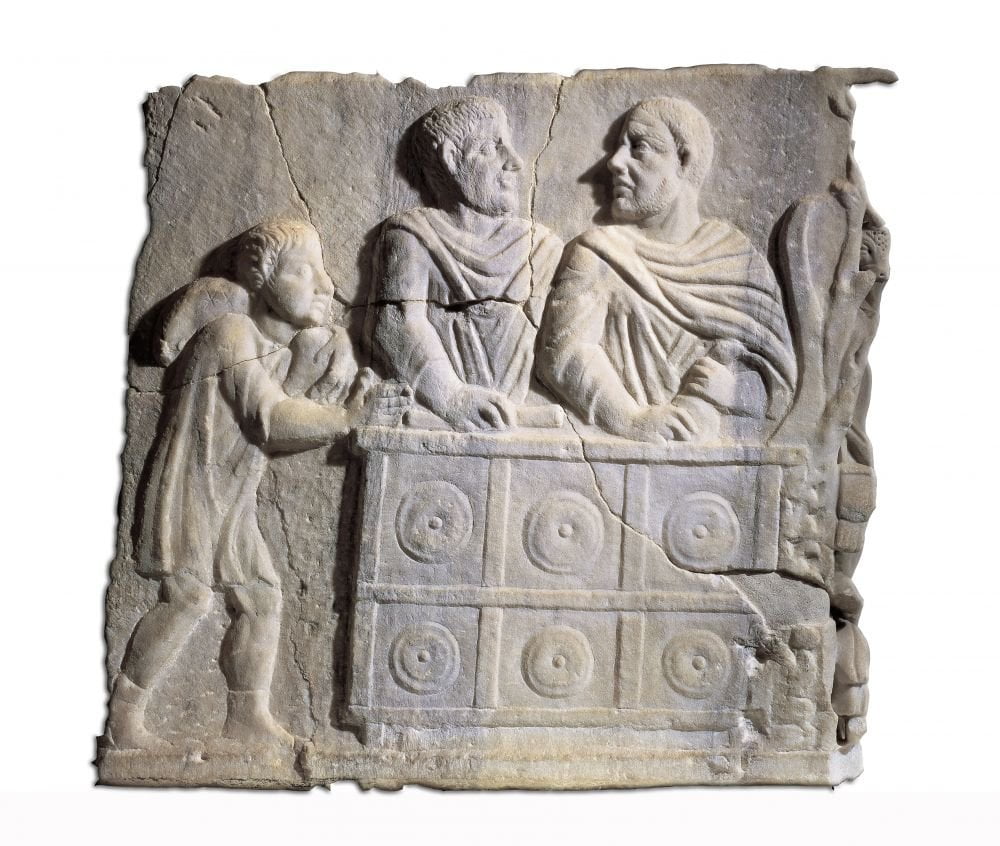 Depiction of a money changer in Rome. (DeAgostini/Leemage/Museum of Roman Civil­isation, Rome)

The currency debasement aligns with other evidence of financial strife, including the state taking the unusual measure of selling off public land to buy grain in 89 BCE.

A massive increase in coin production also took place in 90 BCE, with 2,372 dies – the molds to make the coins – compared to 677 the previous year, and 841 the following. All this was likely due to Rome’s struggles to finance the Social War.

In later years, the Romans once again debased their currency during the civil war between Pompey and Julius Caesar, when Rome turned to further conquests and taxing citizens to ensure its financial stability. But this debasement was not to the same extent as the coins minted in 87 BCE.

“This could be the meaning of Cicero’s words: that the value of the coinage was ‘tossed about’ because nobody could be certain whether the denarii they had were pure or not,” says Butcher.

“It is all the more noteworthy that around the time Gratidianus published his edict, the standard of fineness rose sharply, reversing the debasement and restoring the denarius to a high-quality currency.”