(ORDO NEWS) — An ancient clay tablet dating back over 4,000 years explains the materials used to build one of the most famous “ships” in human history: Noah’s Ark.

The researchers found that the clay tablet explains what materials were used in the construction of the ark, the exact dimensions and the “true” shape of the ark.

As explained by Irving Finkel, curator of the British Museum, the clay tablet with the drawings of Noah’s Ark was found by accident.

As Finkel notes, one day he was approached by a man holding a clay tablet. He claimed to have received the ancient thing from his father, who, in turn. 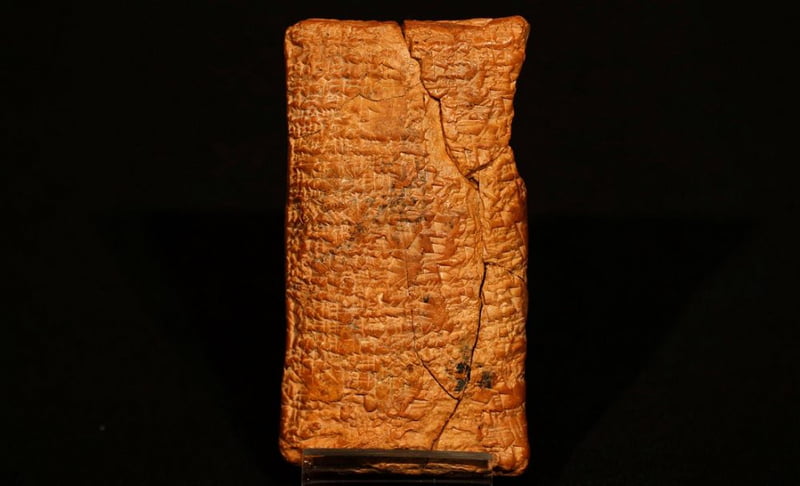 The clay tablet “turned out to be one in a million,” Finkel explained. Dating back to 1750 BC, it tells the Babylonian “History of the Deluge” as well as the “true” form of the ark.

When the gods decided to destroy mankind with a flood, the god Enki, who had a sense of humor, informed a man named Atra-khasis, “Babylonian Noah”, who was supposed to build an ark. The ark of Atra-khasis, however, was round.

“Amounts of palm fiber rope, wooden ribs and tubs of hot bitumen to waterproof the finished ship… The amount of rope prescribed, stretched in a line, would reach from London to Edinburgh,” explains Finken, describing the contents of the tablet.

Surprisingly, in addition to its round shape, the ark was huge. In fact, as Finkel points out, Noah’s Ark would have had a total area of ​​about 2.2 square miles (over 5 km), with walls as high as 20 feet (6 meters).