(ORDO NEWS) — The Texas city of Woolforth (USA) was flooded with tumbleweed , which blocked residents in their homes.

Woolforth was “buried” in a prickly mass of tumbleweed blocking streets, houses and driveways.

The latest shots from the city showed a huge amount of tumbleweed, a horrendous amount of which accumulates in front of driveways, doors and houses.

The so-called “invasion” of tumbleweed spores has led the city to assemble teams of people to fight the tumbleweed in hopes of clearing the streets.

One city message asking residents to help move the tumbleweed states, “The tumbleweed blows on us when we work, making it extremely difficult to work. We ask you to help us help you.” 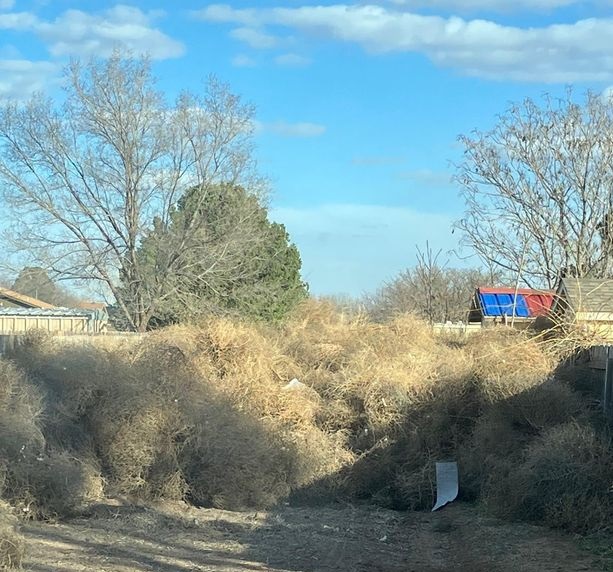 But some residents feel their help may not be needed, and some are told not to throw the tumbleweeds in dumpsters or trash cans as they could catch fire.

The townspeople forbade lighting matches, lighters, or fires anywhere near the weeds. However, residents are not very happy with how the city is preparing to get rid of the tumbleweed, and have already raised several concerns.

One local wrote: “This lady is still waiting for the city to come and get them away from her front door and garage, it’s been 3 days! She can’t go anywhere or even get out of her front door.”

Randy Criswell, Wolfforth’s city manager, said: “I don’t want to force the city to remove all the tumbleweed because there are a lot of people who are quite capable of doing that.”

How prehistoric rock paintings have survived to this day

How prehistoric rock paintings have survived to this day