(ORDO NEWS) — A halo of mystery continues to surround the excavation of an unusual artifact that was recovered from the depths of an ancient tomb in China.

When archaeologists recovered a modern, mud-covered Swiss ring watch from a 400-year-old sealed tomb, their surprise was obvious.

For some, the find could only mean one thing – that it was proof of time travel. But was it a hoax? Or was the intriguing artifact somehow out of place and in the wrong time? 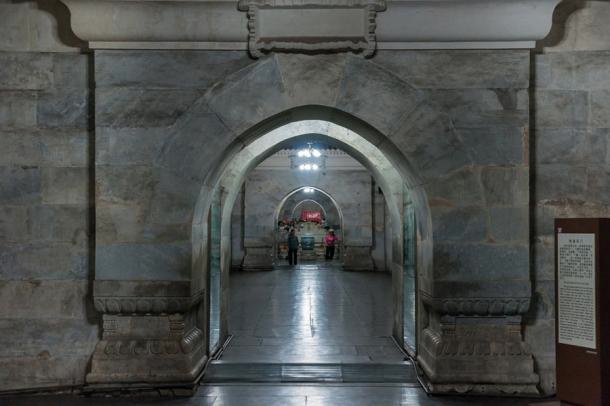 In 2008, several news outlets reported that a group of archaeologists had made a mysterious discovery. The reports described an archaeological excavation at a sealed Ming Dynasty tomb in Shanxi, in southern China, by a team of archaeologists and journalists who were filming a documentary. When one of the coffins was being cleared of earth before opening, a strange thing happened.

“When we were trying to remove the earth that had wrapped around the coffin, a piece of stone suddenly fell off and hit the ground with a metallic sound,” said Jiang Yanyu, a former curator of the Guangxi Autonomous Region Museum.

“We picked up the item and found it to be a ring. After removing the earth covering it and looking further into it, we were shocked to see it was a watch.”

The strange metal object turned out to be a small gold ring with a watch face on the front, about two millimeters thick. The tiny hands on the clock indicated that the time was frozen at 10:06.

Most surprisingly, the word “Swiss” or “Switzerland” in English was written on the back of the miniature Swiss watch with a ring. “Swiss Made” is a term used in recent decades to indicate that a product has been made in Switzerland, especially when it comes to watches.

How could it be that a tomb that was sealed for 400 years and dates back to the Ming Dynasty, which ruled from 1368 to 1644, contained an artifact that could only have been created after the formation of the current state of Switzerland.

It should be remembered that Switzerland was founded in 1848; until that time it was known as the Old Swiss Confederation.

“Impossible artifacts” are unique objects of the archaeological record that are classified as “anomalous”. For example, objects such as the Antikythera Mechanism, the Manx penny, and even the Nazca Lines challenge conventional understanding of history.

They may even show that humanity (or alien colonists, travelers, expeditions) had a different degree of civilization than is described and approved by official and scientific circles. 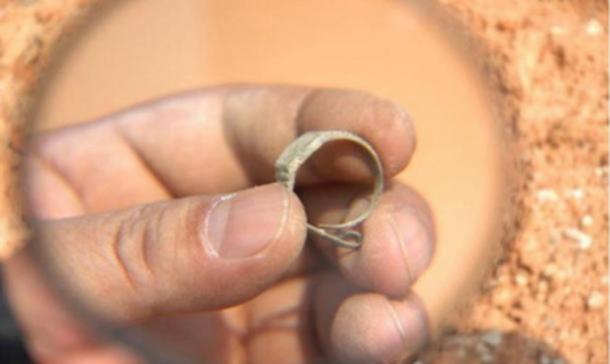 There are many theories about how a modern Swiss ring watch could have been discovered by Chinese archaeologists in a 400-year-old sealed tomb.

Some researchers cite the possibility that time travelers from the future dropped a Swiss watch with a ring in an ancient location and accidentally left behind their anachronistic piece. There is little evidence for this, but it is an intriguing idea.

However, it is possible that the so-called “sealed” tomb was not as reliable as Chinese officials and archaeologists assumed.

It is possible that early tomb raiders or explorers secretly gained access to the tombs, although there are no reports of damage or theft of ancient Chinese artifacts, which would be expected if the tomb had been visited earlier.

Others suggest that if the strange Swiss ring watch was dropped in the last century or so, a rodent might have taken it and burrowed into the tomb.

Much is still unknown about the history of the Swiss ring watch discovered in China. Was this tiny artifact a real working machine with gears and moving arrows? Or is it just a cast or indentation of the watch face into the metal?

The ring watch is a fashionable piece of jewelry that was not popular until 1780 in Europe. In 1588, Queen Elizabeth I is believed to have worn a special ring watch that worked like a “smart alarm clock” with a ridge that scratched her finger.

In addition, in 1755, Caron, a Parisian watchmaker, created a watch with a ring that was wound by a key.

However, this is all academic, as ring watches are not known to have been in vogue during the Ming Dynasty, and in the condition in which the ring was described, it does not appear to have been a protected grave goods.

Indeed, it is said that the ring was on the outside of the coffin and seemed to fall out when lightly touched.

And finally, the backstory of the whole episode is missing. Although this story has been covered and widely reported by the media, there seems to be little information about the biographies of the archaeologists and journalists involved in this story.

It did not become known in which particular tomb the excavations were carried out, by whom, and also no additional information about the tomb itself.

Although it is worth considering the fact that if such an artifact was found, then there is nothing surprising that it was hidden, the people who found it were silenced, since such artifacts destroy the entire false history of Humanity built up over the centuries.

Moreover, the discovery was made in China, and there it is not difficult to silence a person or hide something from the rest of the world.

The strange mystery of the tiny metal Swiss watch with a ring has remained unsolved. There is neither 100% proof that this is definitely an “impossible artifact”, nor enough facts to declare this find a 100% hoax.

What is certain, however, is that this story stirs the imagination and makes us rethink how this watch could have ended up in a Ming Dynasty tomb long before it was first created.

A monstrous black hole has been discovered nearby, silently minding its own business

A monstrous black hole has been discovered nearby, silently minding its own business