In the darkness of the night, four men make their way to a secret destination in a city deliberately shrouded in darkness.

The men are blindfolded and have their hands wrapped in thick cloth as they finally enter the inner sanctuary of their destination. They quickly put on thick gloves and begin to extract the mysterious radiant substance stored inside the four wooden deities.

They work feverishly and finally finish removing the “Brahma padartha” as they call it, completely from the deities. It takes another two hours to transfer the substance inside the “new” idols they brought with them.

Finally, they leave the premises, taking with them the old wooden idols and leaving behind new ones, inside of which a mysterious substance glows. 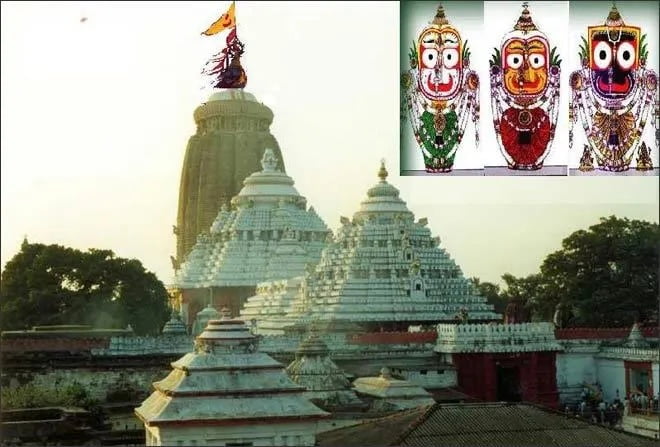 No, this is not a plot for a Hollywood movie with plots and spies trading secrets in the field of espionage. These four men are priests of the famous Jagannath Temple in the Indian state of Odisha, and they perform a secret ritual called Nabakalebara, during which a mysterious substance called ” Brahma padartha” and placed in new idols.

Jagannath Temple – one of the oldest temples in India – is famous for its spectacular annual Rath Yatra. Millions of people around the world are witnessing this event. It involves a procession of three colossal chariots carrying mysterious deities. 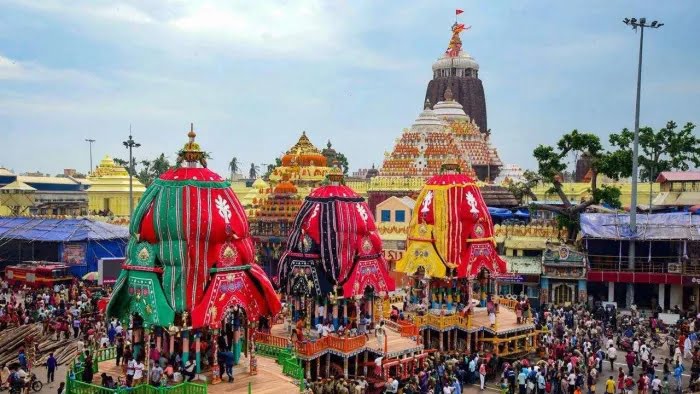 Nabakalebara is an important ritual that takes place in the temple every 14 years. It includes the installation of new images in the Jagannath Temple and the burial of old ones in the temple grounds at Koili Baikuntha.

What is this mysterious substance?

In the process of replacing idols, the mysterious substance is transferred from the old idols to the new ones. The four priests who are engaged in this activity are obliged to keep the secret; Until now, generations of these priests stubbornly keep the nature of this substance in the strictest confidence.

We only know that strong gloves are needed to work with it, that it glows and glows in the dark, and that it is placed in idols made of wood (which is a poor conductor of electricity). 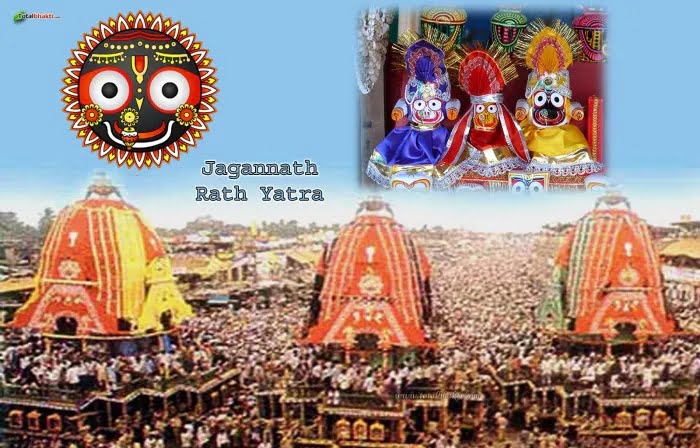 Preparation for the ritual begins with finding a suitable neem (Indian lilac) tree for making idols.

A suitable neem tree must meet some special criteria: the absence of nests, the presence of an anthill and the symbols of God Vishnu (mace, chakra, konkh) “growing” on its trunk. Once the tree is chosen, it is cut down and secretly transported to the temple premises for making idols.

For the task, experienced carpenters called “biswakarmas” are assigned, who, after swearing secrecy, begin to work under the strict supervision and guidance of “daytapati”, four priests chosen to conduct the ritual. The oldest Biswakarmas are tasked with creating the deity of Lord Jagannath.

In parallel, the idols of Lord Balabhadra and Devi Subhadra are carved by two other teams of three carpenters each. The work is carried out in the strictest secrecy, and even the head priest is not allowed to enter there. A special hall has been created for carpenters, where carving is done behind strong doors.

Idols are created in the strictest secrecy

The carpenters are not allowed to go outside the temple, they cannot eat, sleep or drink in the temple premises until the work is completed.

They are also unable to communicate with the outside world, and are assigned 50 helpers who are tasked with collecting all the items and tools needed to create idols. During the 21 days of the creation of idols, songs from the Vedas will sound continuously day and night.

Idols are handed over to special priests

Once the idols have been created, they are handed over to special priests, or “daytapati”, who perform the ritual on a specially chosen night.

On this night, at midnight, a mysterious substance or “Brahma Padartha” is transferred from the old deities to the new ones, while the priests are blindfolded, their arms and legs are wrapped in a thick layer of silk cloth so that they cannot see or feel anything.

As the priests later say, when asked about this experience:

It is very difficult to express what it is. It cannot be seen or touched. Our eyes are blindfolded and our hands are covered with cloth as we carry it. And yet the strong feeling is very much there, as if the rabbit is jumping in our hands. This is our experience. What exactly it is that is felt so strongly, no one can say.

Any unsolved mystery inevitably gives rise to speculation, myths and rumors, and over the years the content of the Brahma Padartha has given rise to many theories.

Many believe that “Brahma padartha” is the mortal remains of Lord Sri Krishna, the main deity of Hinduism. This belief is also supported in the Odish version of the famous Hindu scripture Mahabharata written by the famous 15th century Odia poet and scholar Adikabi Sarala Das.

Some believe that “Brahma padartha” may be the tooth of Gautama Buddha. According to Buddhist history, the tooth of the Buddha, taken from his funeral pyre, could have ended up in Kalinga (modern Odisha).

Some others claim that it may be the massive “shaligram” commonly worshiped by Hindu Vaishnavite and Smartist sects.

Nobody knows for sure

Be that as it may, one thing is certain: the authorities of the temple officially confirm that strong gloves must be worn to work with it, which means that this is a real physical thing, and not a metaphorical one.

Another interesting point: whatever this mysterious object is, it slowly corrodes and destroys the wooden idol. For this reason, new idols have to be created every 14 years (hence the need for the Nabacalebar ritual).

And the most mysterious fact is this: anyone who sees it will die. That is why the government of Odisha is ordering a complete blackout for the entire city of Puri that night.

Whatever it is, it’s been the epicenter of religion, belief, and mystery for over a thousand years, and we won’t see the end of that mystery anytime soon.