(ORDO NEWS) — Tarim mummies are mummified bodies of the 18th century BC. e. – 2nd century AD e., preserved in the arid conditions of the Taklamakan desert near Loulan.

In a new study, an international team of scientists has determined the genetic origin of Asia’s most enigmatic mummies – those of the Tarim Basin in western China.

It was once believed that they were Indo-European migrants from the West, but it turned out that the Bronze Age mummies of the Tarim Basin are the local indigenous population with deep Asian roots and an addiction to haute cuisine.

As part of the Silk Road and at the geographic crossroads of East and West cultures, the Xinjiang Uygur Autonomous Region has long served as a major crossroads for the trans-Eurasian exchange of people, cultures, agriculture and languages.

Since the late 1990s, the discovery of hundreds of natural mummified human remains, dating back to about 2,000 BC. before 200 AD in the Tarim Basin, attracted international attention for their so-called “Western” appearance, their felted and woven woolen clothing, and their agropastoral activities, which included cattle, sheep and goats, wheat, barley, millet, and even kefir cheese.

Buried in boat coffins in the barren desert, the mummies from the Tarim Basin have long puzzled scientists and given rise to many theories about their mysterious origins. 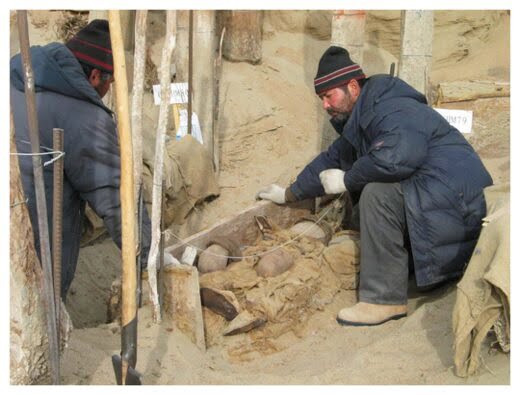 Other researchers attribute their origin to the Central Asian desert oasis cultures of the Bactria-Margiana Archaeological Complex (BMAC), a group that has close genetic ties with the early farmers of the Iranian plateau.

To better understand the origin of the Tarim Basin mummified population, which first settled the region at sites such as Xiaohe and Gumugou around 2000 BC, a team of international researchers from Jilin University, the Institute of Vertebrate Paleontology and Paleoanthropology, the Max Institute for Evolutionary Anthropology Planck, Seoul National University (Korea), and Harvard University collected and analyzed genomic data from thirteen of the earliest known mummies from the Tarim Basin, dated to approximately 2100-1700 BC. BC, as well as five individuals dating from about 3000 – 2800 years. BC. from the neighboring Dzungarian basin.

This is the first genomic study of the prehistoric population of the Xinjiang Uygur Autonomous Region, including the earliest human remains found in the region.

Mummies from the Tarim Basin were not newcomers to the region 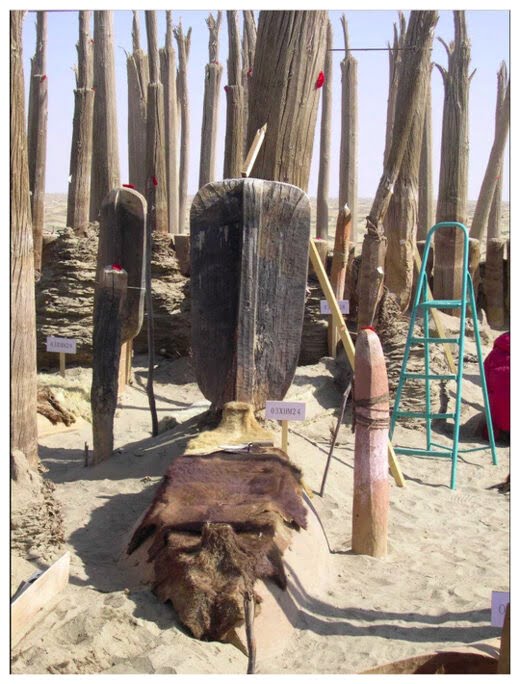 Much to their surprise, the researchers found that the mummies from the Tarim Basin were not new to the region at all, but rather are direct descendants of a once widespread Pleistocene population that largely disappeared by the end of the last ice age.

This population, known as the ancient northern Eurasians (ANEs), has only marginally survived in the genomes of modern peoples, with the indigenous peoples of Siberia and the Americas having the highest proportion, about 40%.

Unlike modern populations, mummies from the Tarim Basin show no evidence of admixture with other Holocene groups, forming instead a previously unknown genetic isolate that likely experienced an extreme and prolonged genetic bottleneck prior to the occupation of the Tarim Basin.

“Archaeogeneticists have been looking for Holocene ANE populations for a long time to better understand the genetic history of Inner Eurasia. We found it in the most unexpected place,” said Chongwon Chong, senior author of the study and professor of biological sciences at Seoul National University.

In contrast to the Tarim Basin, the earliest inhabitants of the neighboring Dzungar Basin descended not only from the local population, but also from the western steppe pastoralists, namely the Afanasievs, a pastoral group with close genetic ties to the early Bronze Age Yamans.

The genetic characterization of the Early Bronze Age Dzungars also helped to elucidate the origin of other pastoral groups known as the Chemurchek, who later spread as far north as the Altai Mountains and into Mongolia.

The Chemurchek groups seem to be the descendants of the Dzungars of the early Bronze Age and the Central Asian groups from the Inner Asian Mountain Corridor (IATK), who trace their ancestry both from the local population and from the agro-pastoralists of the VATK.

“These findings add to our understanding of the eastward spread of the Yamnaya ancestors and the scenarios in which they mixed when they first encountered the populations of Inner Asia,” said Chao Ning, co-author of the study and professor at Peking University’s School of Archeology and Museology.

The Tarim Basin groups were genetically but not culturally isolated 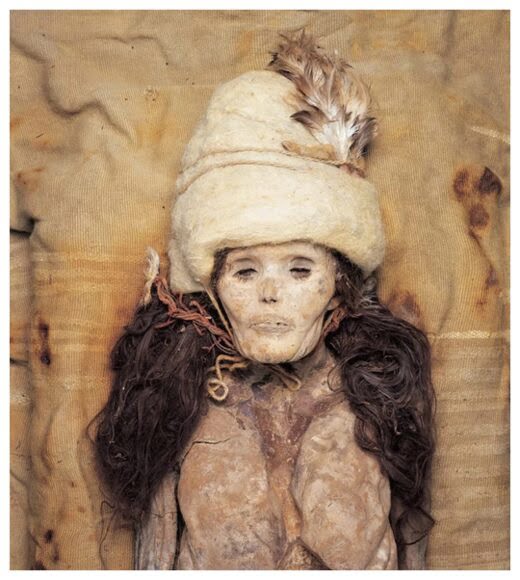 Proteomic analysis of their tartar confirmed that the founders were already raising cattle, sheep, and goats, and that they were highly aware of the different cultures, cuisines, and technologies around them.

“Despite their genetic isolation, the Bronze Age peoples of the Tarim Basin were surprisingly culturally cosmopolitan – they built their cuisine around wheat and dairy products from West Asia, millet from East Asia, and medicinal plants such as ephedra from Central Asia” says Christina Warinner, senior author of the study, professor of anthropology at Harvard University and head of the research team at the Max Planck Institute for Evolutionary Anthropology in Leipzig, Germany.

“The reconstruction of the origin of mummies from the Tarim Basin has had a transformative effect on our understanding of the region, and we will continue to study the genomes of ancient people in other eras to gain a deeper understanding of the history of human migration in the Eurasian steppes,” adds Yinqiu Cui, senior author of the study and professor at the School of Human Sciences. life of Jilin University.