(ORDO NEWS) — NASA’s powerful James Webb Space Telescope peered into the structure of the Cartwheel Galaxy, about 500 million light-years away in the constellation Sculptor.

The space agency said the photo is a “rare sight”.

“The galaxy is shrouded in mystery, given the amount of dust that obscures the view,” NASA said.

“Webb, who has the ability to detect infrared light, now reveals new insights into the nature of the Wheel.”

“Its wagon-like appearance is the result of an intense event, a high-speed collision between a large spiral galaxy and a smaller galaxy not visible in this image.” 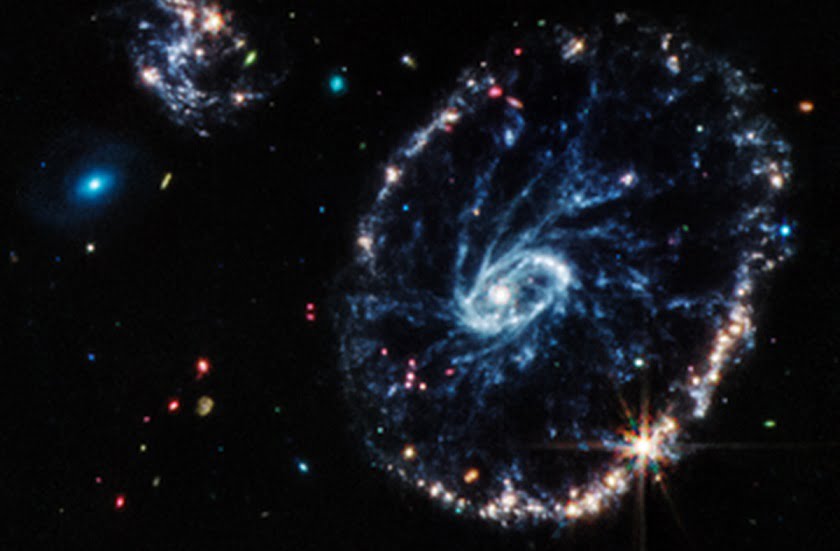 This image was taken earlier by the Mid-Infrared Instrument of the James Webb Telescope (MIRI). The image shows a group of galaxies, including a large, distorted ring galaxy known as the Cartwheel.

“(MIRI) reveals regions within the Cartwheel galaxy rich in hydrocarbons and other chemical compounds, as well as silicate dust similar to much of the dust on Earth,” NASA said.

“These regions form a series of spiral spokes that essentially form the skeleton of the galaxy.”