(ORDO NEWS) — The alleged “alien cube” 10 times the size of the Earth appeared in a photograph of the Sun.

The expert claims to have noticed a massive cube-shaped alien object hovering in front of the Sun. According to calculations, the object could be about 10 times the size of the Earth.

The strange sighting was reported by Scott Waring from ET’s Unidentified Object Database. In a recent blog post, Waring stated that he saw the alleged alien cube when viewing images taken by NASA’s Solar and Heliospheric Observatory (SOHO). 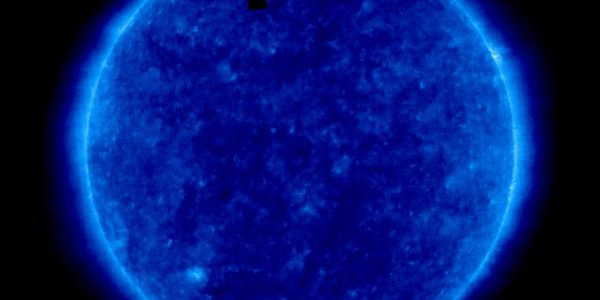 SOHO is a robotic spacecraft launched by NASA in 1995 to observe the Sun. It was originally supposed to carry out its mission for two years, but NASA decided to extend its activities.

When Waring was browsing the SOHO website, he came across an image of the sun that caught his attention. The star’s photograph clearly shows a dark square-shaped object in front of it.

After analyzing the photograph and zooming in on the strange object, Waring suggested that it might be a massive alien ship flying in front of the Sun.

Based on the scaling of the photograph, Waring suggested that the object could be about 10 times the size of Earth.

Waring also claims that the strange object can collect rare particles from the Sun, like the Dyson sphere. The Dyson Sphere is a hypothetical megastructure used by alien civilizations. To function properly and maintain its work, the Dyson sphere is close to the star to collect energy.

What sound do falling meteors make?

What sound do falling meteors make?