US, WASHINGTON (ORDO NEWS) — European aerospace giant Airbus could cut up to 10 thousand jobs in the coming days, as the company is struggling with the consequences of the coronavirus pandemic, City AM reports.

It is reported that executives should complete plans to reduce a total of 134 thousand company employees next week.

One source said the cuts would be “inevitable and brutal,” adding: “Boeing is cutting 10 percent of its workforce, and (on Airbus) something like that is expected.”

The report said that Airbus management last week held talks with representatives of workers in Europe, where they outlined gloomy forecasts for the company’s future.

An Airbus spokesman said: “Over the past few weeks, Airbus has taken a number of financial, operational and social measures to adapt to the serious health and economic consequences of the Covid-19 crisis.”

According to him, the company will continue to take all necessary measures to ensure the future of Airbus in cooperation with its social partners.

In addition, the company declined to comment on “speculations related to internal negotiations.”

Fauri warned that the company’s survival is at stake, saying that Airbus “is bleeding at an unprecedented rate.”

He said the recent drop in production by a third was not the worst case scenario.

Fauri added that, despite the fact that the company began to attract about 3 thousand employees to the plans of the French government, “now we may have to plan more ambitious measures.”

“The survival of Airbus is in question if we don’t act now,” he added.

Last month, Boeing chief Dave Calhoun told employees he was cutting his workforce by about 10 percent. 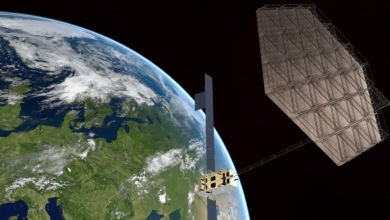