(ORDO NEWS) — An international group of paleontologists concluded that after the Permian extinction, living creatures turned out to be better adapted to the environment. Predators have become more vicious, and prey – more cunning.

The Triassic is a time when marine and terrestrial ecosystems have undergone significant modernization. This period began with the largest mass extinction on Earth – the Permian, which occurred 252 million years ago and claimed 96 percent of all marine species and 73 percent of terrestrial vertebrate species.

The Triassic period that followed the extinction, lasting until 201 million years ago, marks a dramatic resurgence of life on land and in the ocean.

Scientists from the University of Bristol (UK) and the Chinese Academy of Sciences decided to find out exactly how ecosystems changed after the Permian extinction. They reviewed the scientific literature on the subject and presented their findings in the journal Frontiers in Earth Science.

Paleontologists have found that this period saw the emergence of many new marine predators using advanced hunting strategies.

And the prey, in turn, acquired more advanced defense and flight skills (for example, mollusks had a tighter closing of their shells). Thus, the authors of the study concluded that many marine predators developed new ways of hunting earlier than previously thought.

Big changes were also taking place on land. The last Permian reptiles, as a rule, were very slow. And when they ran, they could not breathe.

All sorts of data obtained as a result of studying the chemical and biological composition of the bones of the ancestors of birds and mammals showed that they may also have become warm-blooded after the Permian extinction.

This is partly due to the fact that it was during this period that many ancestors of mammals and birds assumed a more elevated position above the ground. In general, animals both on land and in the oceans became smarter and more agile, they needed more energy to live. 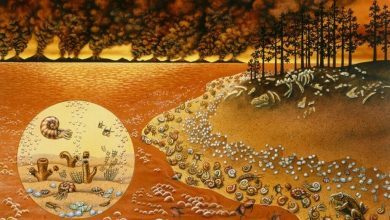 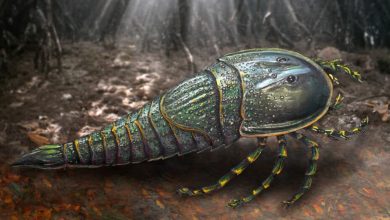