(ORDO NEWS) — In recent decades, scientists have studied near-death experiences (NDEs) in an attempt to understand how the brain copes with death and, in general, whether there is life after death.

Some people who have had OP can accurately report what was going on around them, even if medical professionals thought they were clinically dead or unconscious at the time.

Although the exact mechanisms underlying AP remain unclear, studies show that we remain conscious for two to 20 seconds after our breathing and heartbeat have stopped.

The time of death is considered when a person has experienced cardiac arrest, that is, the cessation of the electrical impulse that causes the heart to beat. As a result, the heart is blocked. This moment, when the heart stops, according to medical professionals, is the clearest sign of death.

But what happens inside our mind during this process? Does death immediately overtake our subjective experience or does it slowly creep up?

Scientists have studied near-death experiences in an attempt to understand how death overcomes the brain. What they found is startling: a wave of electricity enters the brain moments before brain death.

One 2013 study that looked at electrical signals inside the heads of rats found that the rodents went into a state of high alert just before they died.

Some scientists believe that OP is caused by reduced blood flow combined with abnormal electrical behavior within the brain. So, a stereotypical white light tunnel can be caused by a burst of neural activity.

Dr. Sam Parnia is Director of Critical Care and Critical Care Research at NYU Langone School of Medicine in New York City. He and his colleagues investigated exactly how the brain dies.

In previous work, Dr. Parnia has done research on animals, studying moments before and after death. He also researched near-death experiences.

“Many times those who have had this experience have described how they floated around the room and realized that the medical team was working on their body,” Dr. Parnia said.

“They will describe seeing doctors and nurses at work, and they will describe being aware of full conversations, visual events that were taking place that would otherwise be unknown to them.” 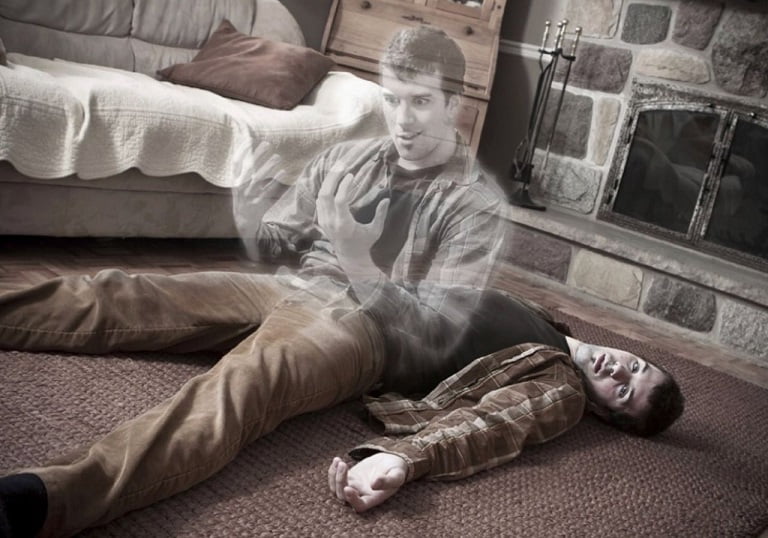 Medical personnel confirm this, he said. But how could people who were technically dead be aware of what was going on around them? Even after breathing and heartbeat stops, we remain conscious for two to 20 seconds, says Dr. Parnia.

It is believed that this is how long the cerebral cortex can exist without oxygen. This is the part of the brain responsible for thinking and decision making. It is also responsible for deciphering the information received from our senses.

According to Dr. Parnia, during this period, “you lose all your brainstem reflexes the gag reflex, the pupillary reflex, it’s all gone.” Brainwaves from the cerebral cortex soon become undetectable. Even so, it may take several hours for our thinking organ to shut down completely.

Usually, when the heart stops beating, someone performs CPR (cardiopulmonary resuscitation). This will provide about 15% of the oxygen needed for normal brain function.

“If you manage to restart the heart, which is what CPR is trying to do, you will gradually start to restore brain function,” Dr. Parnia said.

“The longer you do CPR, these brain cell death pathways are still happening – they just happen a little slower.”

Another study by Dr. Parnia and his colleagues studied a large number of Europeans and Americans who experienced clinical death and survived.

“In the same way that a research team can study the qualitative nature of the human experience of ‘love’,” he said, “we are trying to understand the exact characteristics that people experience when they go through death, because we understand that this will reflect the universal the experience we have. We will have everything when we die.”

How much oxygen does it take to reboot the brain? How does it affect the brain after waking up? Learning where the lines are placed can improve resuscitation techniques, which could save countless lives a year.

“At the same time, we are also studying the human mind and consciousness in the context of death,” said Dr. Parnia, “to understand whether consciousness is destroyed or continues after your death for some period of time and how this relates to what happens inside brain in real time.