US, WASHINGTON (ORDO NEWS) — At the talks between representatives of the government of Afghanistan and the radical Taliban movement, which were held in Kabul, progress was made. This was announced on Wednesday by Tolo News, an official spokesman for the National Security Council of Afghanistan, Javid Faisal.

According to him, “the two groups [of the government and the Taliban] met face to face and discussed the technical issues of the release of prisoners.” “Some progress has been made in the negotiations that took place in the Afghan capital under the supervision of the International Red Cross,” said Faisal.

He added that the direct dialogue between representatives of the Afghan authorities and the Taliban “will continue on Wednesday evening and, possibly, on Thursday.”

The Taliban delegation arrived in Afghanistan’s capital on Tuesday to monitor the release of its supporters in Afghan prisons. This group, which consists of three people, should leave from Kabul to the city of Bagram to “solve the technical issues of the release of the captured Taliban.” According to the official representative of the Taliban, Zabihullah Mujahid, the group that arrived in Kabul “will reconcile the lists of its supporters who should be released” according to the agreements reached between the Taliban and the United States.

On March 25, a representative of the Afghan government announced that the release of Taliban prisoners would happen “very soon.” However, he did not indicate a specific start date for the liberation of the radical movement.

At the same time, Mohammad Sohail Shahin, the official representative of the Qatari Taliban political office, said that during the discussions, representatives of Kabul, the United States, Qatar, the International Red Cross and the Taliban agreed that the process of liberating Afghan radicals “will begin March 31.”

On February 29, a peace agreement was signed between Doha and the Taliban in Doha. According to the agreements, inter-Afghan negotiations were to begin on March 10. True, it was agreed that up to 5 thousand Taliban supporters and up to 1 thousand people held by the Taliban should be released as part of confidence-building measures by the time the inter-Afghan negotiations are launched. 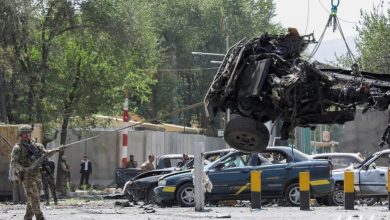