(ORDO NEWS) — Adam’s calendar, which is perhaps the oldest man-made structure in existence today, was discovered in 2003 quite by accident. Johan Heine, a South African pilot, was flying over the Mpumalanga region, a hilly area in the east of the country, when he lost control of his aircraft.

Forced to make an unplanned landing, he crashed into a mountainside. Heine miraculously was not injured and, leaving the plane, he saw three monoliths in front of him. These huge rocks, weighing about 5 metric tons each, were sticking out of the ground. And next to them was a giant circle made of stone.

This place is in an extremely remote location, with access limited to a few rough roads covered in mud. If the pilot had not made an emergency landing and made this discovery, then most likely it would have remained hidden to this day.

But what Heine found was really unusual. The megalithic site turned out to be a truly ancient stone complex, and in recognition of its extreme antiquity it was given the name “Adam’s Calendar”. 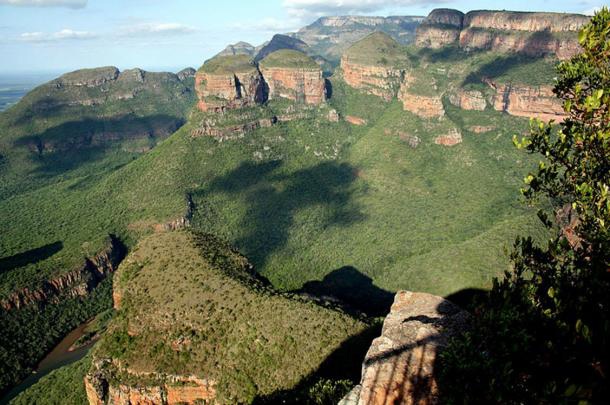 What the pilot found turned out to be the oldest man-made structure ever discovered. Some theories date its construction to 300,000 years ago, which is much earlier than any other evidence of human civilization.

If the monument is really that old, then it rewrites the history of mankind and almost certainly requires the participation of a complex human civilization in its construction. Taking this as a starting point, some suggest that aliens were involved in its construction. 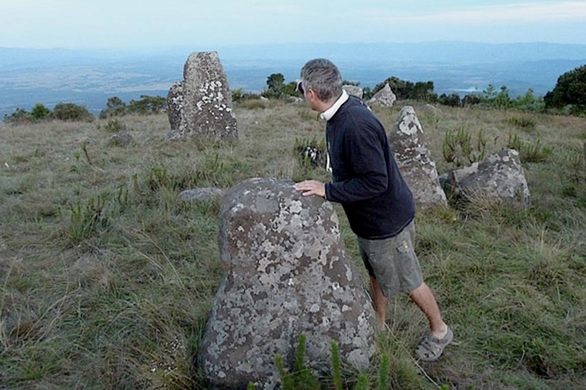 The object consists of an outer stone circle with a diameter of about 30 meters. Inside the circle are several monoliths arranged in a complex pattern. The overall layout of the site appears to have been built according to astronomical alignment, making the site a calendar of sorts. 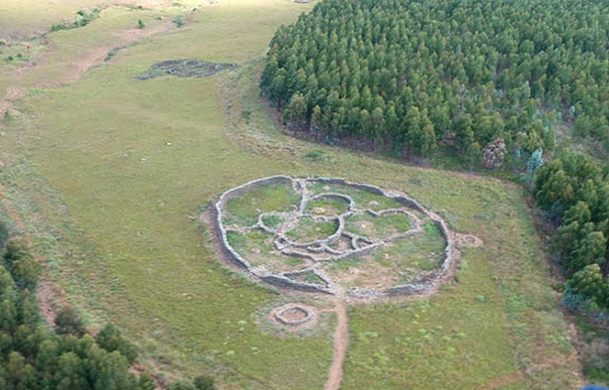 Surrounding this site are other structures and stone circles that are built in complementary alignment, connected by a series of channels.

Researchers believe that these channels are rough roads that provide access to the Adam’s Calendar. These channels connect not only the Adamic Calendar, but also many other ruins and antiquities in the surrounding landscape.

In the center of the circle are two vertical stones with carvings on them. These stones, like most other building materials, seem to have been brought from afar. The original form of this monument is still visible in aerial photographs, though not immediately visible at ground level. 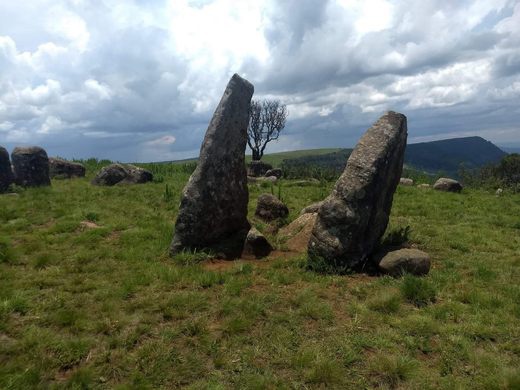 The use of these materials and the apparent requirement to view the facility from the air once again suggests that humans did not take part in its construction.

But if people did not take part in the construction of this object, created long before the advent of civilization, then why was the object built by aliens here?

One potentially important point is that the area around Adam’s Calendar is quite rich in resources. Rock mines dot the landscape and even today the richest mine in the world is in Mpumalanga, namely the Sheba Gold Mine. Perhaps these were valuable resources for whoever created the calendar. 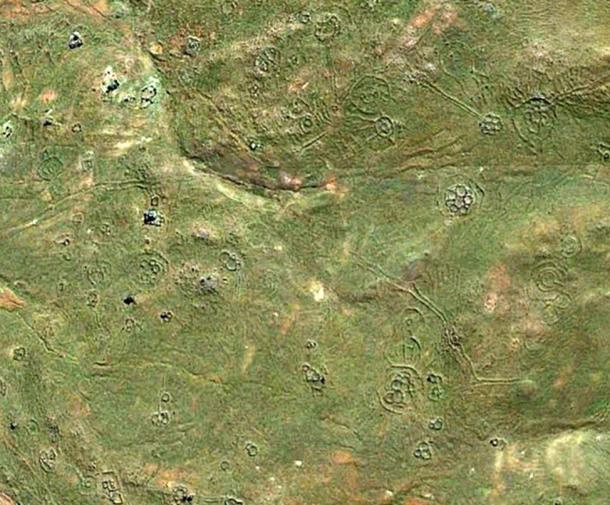 This calendar still works great today, as it allows people to keep track of the time of day and year from the shadow of the setting sun. The shadow of the sun is cast by the taller monolith through the center of the flat rock next to it. 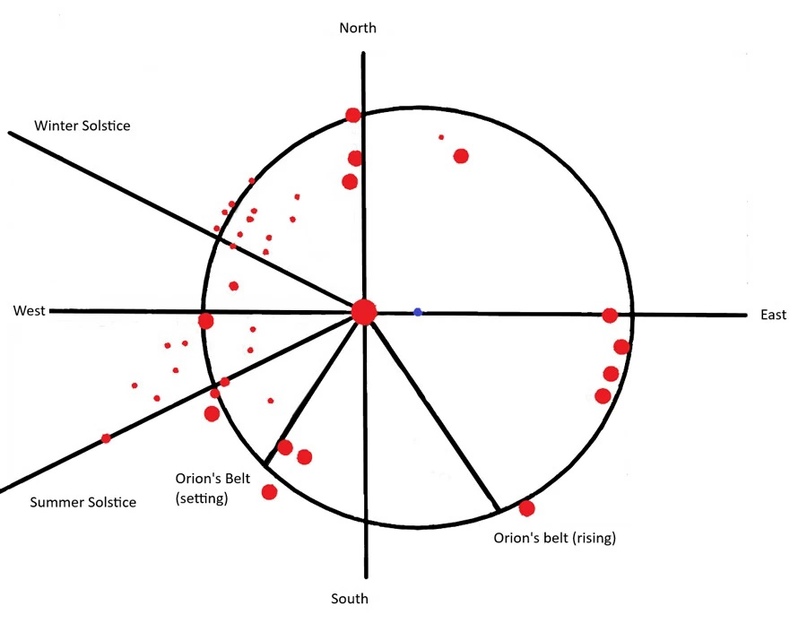 This accidental discovery by Johann Heine did not arouse much interest in the archaeological community. It took another six years from the discovery to the start of archaeological research at the site in 2009.

By that time, Heine had made his own research on the site. His early research showed that the configuration of the stones had four cardinal directions, indicating the solstices and equinoxes, similar to Stone Henge. 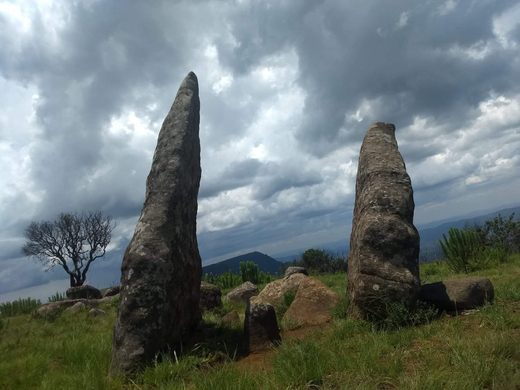 Geological studies, rock erosion processes, and the growth of lichens around the rocks helped scientists calculate the estimated age of this object. According to initial estimates from some sources, this calendar could be 75,000, 200,000, or as much as 300,000 years old.

Research has also identified the sound frequencies that rock formations send to the Earth below them. As technology has advanced, scientists have successfully worked to detect sound frequencies and measure all of their acoustic properties. 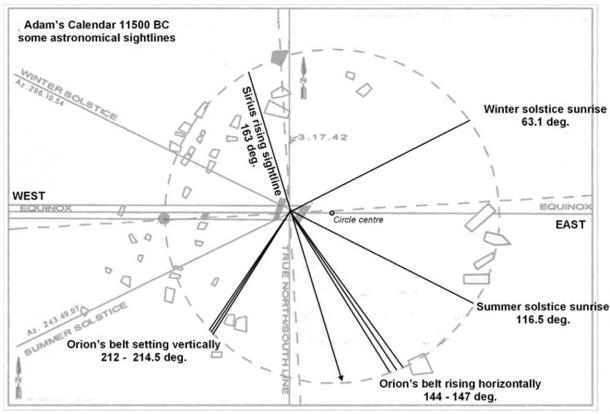 These frequencies have been traced to the ground below the stone circle area. This led to the startling theory that these stones also conduct electricity , albeit in a way that we don’t understand.

The sound frequencies from the earth within these stones form resonant flower shapes, representing the form of sacred geometry in the landscape. Writer Michael Tellinger believes that this site is the most ancient of all man-made structures supposedly created by a lost civilization. 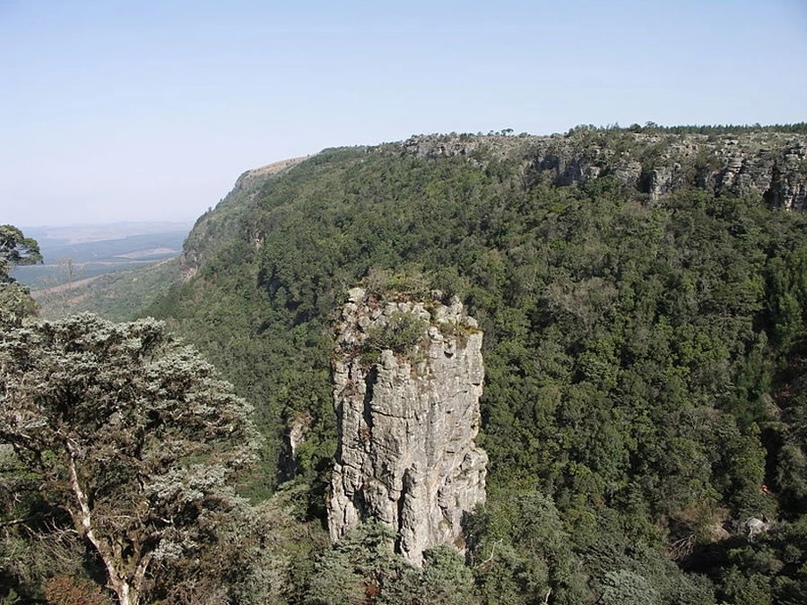 It would seem that this should have been of interest to modern science, but this could only happen on the condition that science would be a science, and not a gathering of people working to support the “doctrine and obvious knowledge” falsely created and promoted in society.

Therefore, science did not begin to study anything, but announced (fanfare) these ancient structures – cattle pens!

And science does not care that they were created when, according to the assurances of science itself, there were no organized human communities, and do not care that the structure itself is too complex for a banal corral. Science said – paddock, then – paddock.

People still have a lot to understand about the Adam Calendar. With this in mind, historians, researchers and real scientists do not stop their efforts to uncover the deepest secrets hidden in this place.

If this is a corral for livestock, then why is it so difficult to build? If this is an ancient calendar, then who built it just 15,000 years after the existence of Homo Sapiens became known?

Serious research is currently underway to determine the civilization that built it. After that, researchers will be able to continue studying how this civilization lived and survived in this region in the distant past.

However, I think that even if something is discovered that proves that this “calendar” was built by aliens or a highly developed pra-civilization (human), people are unlikely to know about it …