(ORDO NEWS) — Paleopathologists examined the remains found in Hungary in the necropolis of the Avar period. It turned out that they belonged to a young woman whose skull bones and vertebrae suffered from tuberculous osteomyelitis.

This rare paleopathological case dates back to the first third of the 8th century AD. This is reported in an article published in the journal Tuberculosis.

According to WHO, in 2019 alone, about ten million people fell ill with tuberculosis, for 1.4 million people it became the cause of death. Two-thirds of new cases were in just eight countries, with India leading the way.

One of the local manifestations of the general tuberculous process is osteoarticular tuberculosis. It is one of the most severe chronic infectious diseases affecting the musculoskeletal system. This disease is characterized by slow development, undulating course, as well as a long latent period.

One of the forms of this disease is tuberculous osteomyelitis (osteitis) – a specific inflammation that usually occurs in the parts of the skeleton rich in red hematopoietic bone marrow.

So, most often the bodies of the vertebrae, the metaphyses of the femur, tibia, humerus, the body of the ilium, pubic and ischium are affected. Moreover, the localization of lesions is predominantly single.

Olga Spekker from the University of Szeged, together with colleagues from Austria, Hungary and Italy, studied the remains of people discovered back in 1974-1975 during excavations of the Kaba-Bitozug necropolis, which is located near the modern Hungarian city of Kaba.

Judging by the grave goods, archaeologists decided that this monument dates from the first third of the 8th century AD, that is, the Avar period. Scientists were interested in the remains of an adult who was buried without the accompanying inventory in grave-67.

Morphological analysis of the bones showed that the remains belonged to a young woman, who at the time of death was a little over 20 years old. Scientists conducted a paleopathological study and found that there are changes in the bones of the skull, which, apparently, were caused by tuberculosis.

Analysis of the bone powder obtained from the vertebra and left parietal bone of this woman, using the polymerase chain reaction method, confirmed the scientists’ hunch – ancient Koch’s wand DNA was present in both samples. 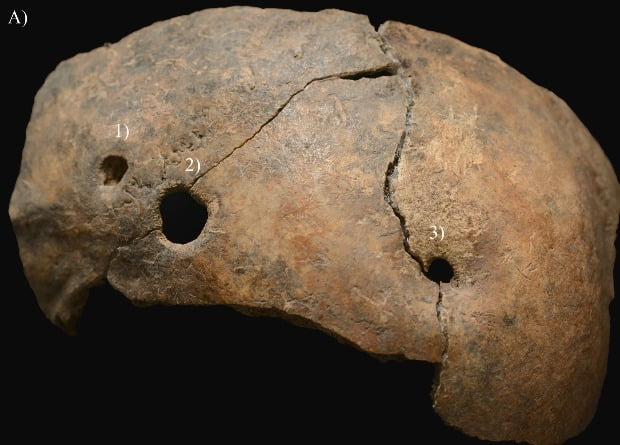 Paleopathologists concluded that the diagnosed case was tuberculous osteomyelitis. Moreover, the localization of lesions on the bones of the skull and cervical spine, according to researchers, is extremely rare. On the territory of modern Hungary, judging by the published archaeological materials, this identified case was the first.

Due to a rare disease, the woman passed out every time she sat down or stood up

Due to a rare disease, the woman passed out every time she sat down or stood up