(ORDO NEWS) — In the area of ​​a small settlement in Thailand, a termite refuge was found, shaped like a ten-year-old child. People immediately called what they saw a miracle and associated the find with the ghost boy from the legend.

According to local residents, a boy named Ai Khai from a legend was discovered in the forest. The find was made on January 26 near the village of Ban Khok Klan, which is located in the province of Surin. A man-made or natural termite mound is difficult to say yet, but the locals are sure that termites could not have created anything like this.

Legend has it that the boy helped a Buddhist monk. One day he went on a pilgrimage with his mentor. When the monk spent the night with Ai Khai in the monastery of the village of Nakhon Si Thammarat, he saw a revelation.

The higher powers said that the boy was destined to stay in this place. Ai Khai stayed behind and started helping the locals find livestock and solve their other problems. The monastery believes that the boy became a ghost after death, continuing to carry out his mission.

According to web users, the strange termite mounds are an attempt by Thailand to increase the flow of tourists. And, it is worth noting, they did it. A record number of people arrived in January.

There are 600 super-fast stars in the Milky Way, 43 of which can escape the galaxy

There are 600 super-fast stars in the Milky Way, 43 of which can escape the galaxy 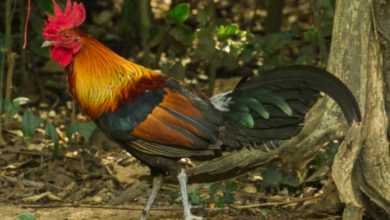