(ORDO NEWS) — Alicia Smith from Grimsby was extremely puzzled when she saw four-fingered footprints on her car covered with frost. It happened on Thursday, December 31.

The first footprints are found in the left corner of the windshield and move up to the roof and then disappear. On both feet, the fifth toe is not visible, but at the same time the incomprehensible creature was still walking awkwardly due to the very low temperature outside. 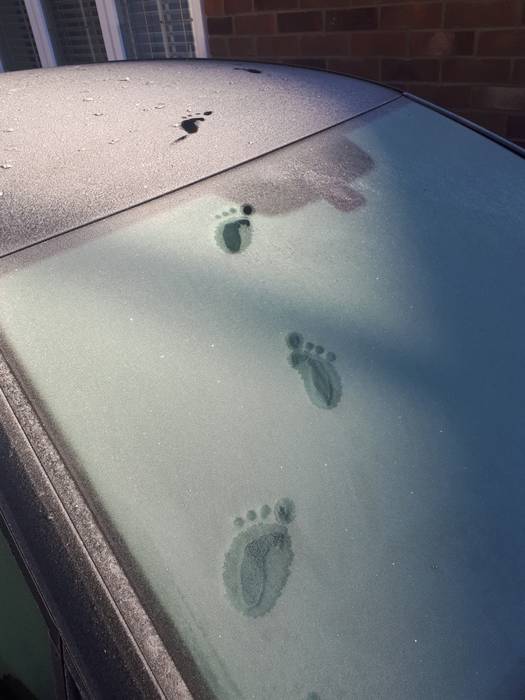 Photos of the mysterious footprints were posted on social networks. The woman hoped that some of the users would help her shed light on this whole situation.

All users immediately agreed that it could not be a child, because there is no fifth finger on the tracks. Besides, probably no one would have allowed a child to run without shoes in a car.

Perhaps this is someone’s joke, which turned out to be very successful, but not very funny. Even social media users have not found theories about who could have left such traces. Of course, except for the version of aliens, which is attributed to all mysterious cases.

Wet regions of the tropics predicted a gradual “shrinkage” and shift

Astronomers have discovered feathers in the sun’s crown