(ORDO NEWS) — Chu-hi-cha is the name of a new type of tea discovered by a Japanese researcher at Kyoto University. It involves brewing the droppings of caterpillars that have fed on various plants.

The idea for caterpillar droppings tea came to Tsuyoshi Maruoke while a graduate student at the Faculty of Agriculture at Kyoto University, when he was researching the mysterious connection between insects and plants.

One day, the chief brought 50 gypsy moth larvae to the laboratory and told Maruoka that it was a souvenir.

At first he didn’t really know what to do with them, but eventually he decided to at least keep them alive until he decided, so he plucked some leaves from a nearby cherry tree and fed them to the caterpillars.

While cleaning up the droppings left by the caterpillars, he noticed that it had a pleasant aromatic smell, and almost immediately tried to brew it into tea.

“It will work!” Maruoka said, and he was right. Not only did the dark color of the litter give the tea a pleasant color, but the drink also smelled of cherry blossoms and had an exquisite taste. 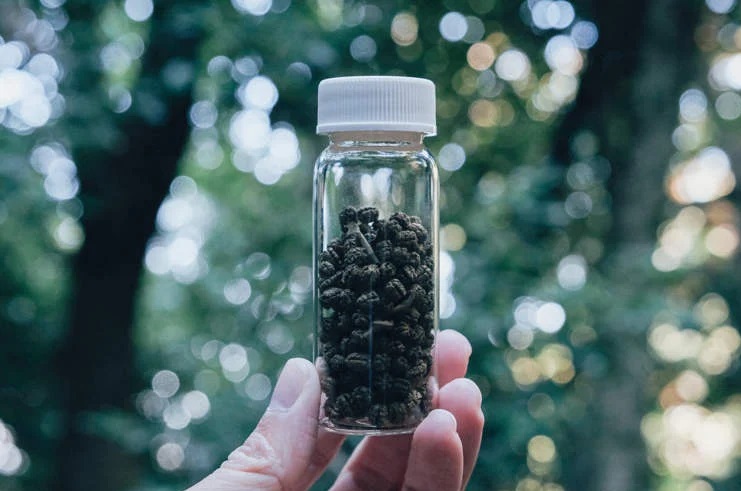 The Choo Hee Chai project is not limited to the droppings of gypsy moth caterpillars that fed on cherry tree leaves, although that is how it all began.

Tsuyoshi Maruoka has already experimented with about 40 different plant species and 20 insects and larvae, and the results are very encouraging.

But with hundreds of thousands of plants and insects around the world, the combinations are virtually endless.

Maruoka states that “the aroma and taste of Chu-hee-cha changes dramatically depending on the type of plant and insect that are interbreeding.”

Raw plants have an astringent and bitter taste meant to deter animals from eating them, but some insects have evolved to neutralize this taste with enzymes in their digestive systems.

In the form of manure, the treated plants no longer have an astringent or bitter taste and become wonderfully fragrant.

Inspired by his discovery, Tsuyoshi Maruoka decided to create a commercial version, so he recently hosted a crowdfunding campaign on the Japanese platform Camp-Fire.

He has already exceeded his original target of 1 million yen (approximately 500 thousand rubles), and with 11 days before the end of the study, the researcher is on track to exceed 2 million yen (1 million rubles) in promised funds.

Two varieties of Chu-hee-cha are currently available: “Sakura Iraga” (based on cherry tree leaves), “Kuri Omizuao” (based on chestnut leaves).

Interestingly, for hundreds of years, people have used tea made from silkworm droppings, which fed on tea leaves, as a medicine.

Modern research has shown that the drink is an excellent source of biologically active flavonoids. However, Chu-hee-cha is the first commercial tea made from caterpillar droppings.

If you find the idea of ​​brewing tea from caterpillar droppings uncomfortable, you should know that some of the most expensive coffees in the world are made from bird and elephant droppings.

Greenland’s glaciers are melting much faster than previously thought

Greenland’s glaciers are melting much faster than previously thought