(ORDO NEWS) — During ongoing excavations at the Seyitömer mound in the western province of Kutahya (Turkey), archaeologists have unearthed a 4,500-year-old rope. A series of excavations of the mound began in 2019, and over the past three years, a team of scientists consisting of archaeologists, restorers and architects have found many artifacts.

Scientists noted that they were able to discover settlements dating back to the second and third periods of the Early Bronze Age and the Roman period. To date, about 6,000 archaeological finds have been discovered here, one way or another shedding light on the past of the mound. 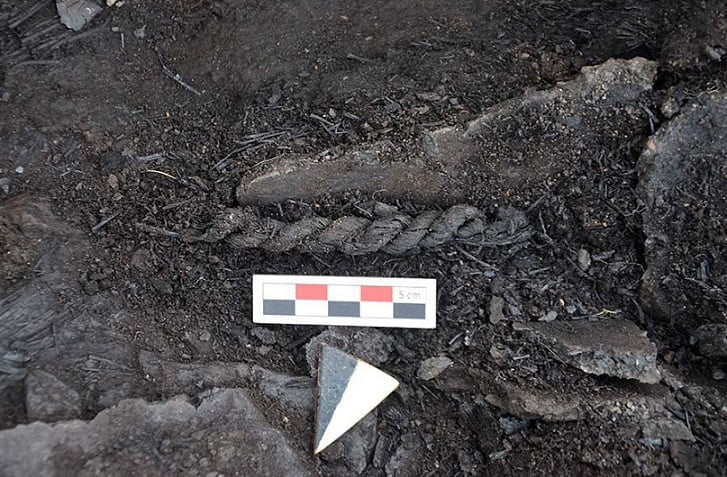 The most unexpected find of this year was the discovery of the remains of a 4500-year-old rope in the mound. According to experts, such finds are very important, since they allow to restore the history of certain objects. So, for example, with respect to the rope, it can be said that the ropes of that time turned out to be almost the same thickness and weave as those that are used today.

Seyitemer Kurgan, dating back to the third century BC, is located 26 kilometers from the city center. The excavation of the mound, which had an original height of 26 meters, a width of 140 meters and a length of 150 meters, was initiated by the Eskisehir Museum Directorate in 1989.

This series of excavations lasted from 1990 to 1995. The next, already longer, series began in 2006 and lasted until 2014. Then more than 17 thousand different artifacts were discovered and transferred to the museum. The new series began in 2019 and continues at the present time.