(ORDO NEWS) — Remote viewing is the ability to describe a remote geographic location in detail, regardless of one’s actual location and proximity to the place or object they are describing.

This phenomenon is indeed real, so real that it has been used by the US intelligence community to “spy” on other people, albeit in a psychic manner.

The program has been successfully used to locate hostages, lost planes, infiltrate other countries’ military bases to find out what technology they are developing, and much more.

The program was initiated by the Central Intelligence Agency (CIA) and the methods and techniques were taught to military and civilian personnel at SRI International at Stanford University.

There is a document showing that a remote observer has been assigned to study a possible “galactic federation” headquarters on Earth, whatever that means. Dr. Jessica Atts, Professor Emeritus in the Department of Statistics at the University of California, Irvine, has worked with the government on these programs.

“I was convinced by the good science that I saw. And in fact, as a statistician who consulted in various fields of science, I can say that the methodology and control in these experiments is tighter than in any other field of science where I have worked.”

The program ran for about 25 years and was declassified in 1995, although much of what the program found about these “paranormal” abilities and what else they were used for probably remains classified.

In summary, over the years, the criticism of protocols, the refinement of methods and the successful reproduction of this type of remote observation in independent laboratories has provided significant scientific evidence for the reality of the phenomenon (remote observation).

Adding strength to these results is the discovery that an increasing number of people can be found to demonstrate high quality remote viewing, often to their own surprise… 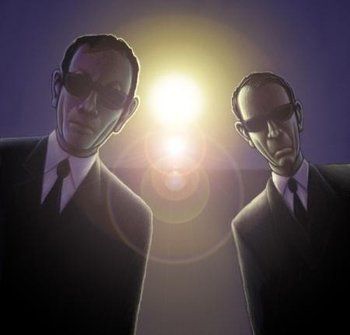 The development of this ability at SRI has evolved to such an extent that visiting CIA personnel who have not previously encountered such concepts have shown good results in controlled laboratory conditions.

A man named Ingo Swann was one of the most successful and talented remote observers in the program. He was able to see the ring around Jupiter before astronomers even knew it existed.

This happened before NASA‘s Pioneer 10 spacecraft’s first-ever flyby of Jupiter, which confirmed that the ring actually exists. These results were published in the study cited above.

What was not published in the literature after it was declassified was Swan’s experience in the world of intelligence. However, he wrote a book called “Penetration” that detailed some of his experiences, many of which involved UFOs and alleged aliens. 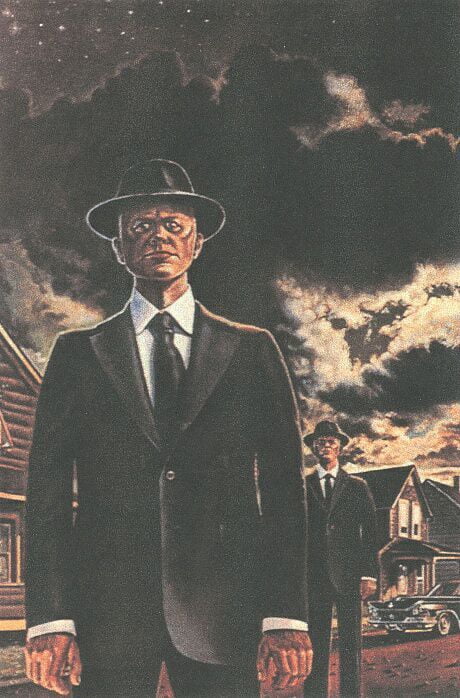 In his book, he describes a gentleman whom he calls Mr. Axelrod, a secret government agent, apparently belonging to some kind of intelligence agency.

One day this man (Axelrod) entered a secure facility at Stanford, which was not easy to do. Obviously he had access and clearance to do so. You must remember that at the time this was happening, it was a very secret US government project. He found Swan and convinced him to leave with him.

Axelrod was accompanied by two twins, very tall and mysterious. They were dressed in typical “cloak and dagger” clothing for the special services. This is not uncommon, ” men in black ” figures have often been described in this way, and twins are not uncommon.

Swann described them as “two blond, blue-eyed, military-looking ones.”

The four of them flew to the west coast, where Swan thought the Alaskan wilderness was, although he wasn’t sure and was told it was best not to know.

They were flying in a Learjet and found an area deep in the woods that appeared to be for their own use. They walked for a very long time. 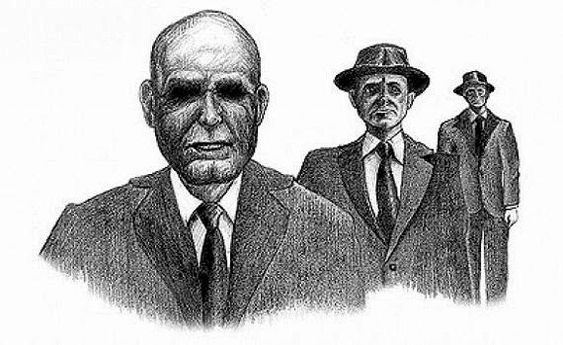 Richard Dolan, one of the world’s leading authorities on the subject of UFOs, wrote this incident well in his book UFOs and the National Security State, Cover-Up and Exposure 1973-1991, so I’ll quote him further from page 154:

“They came to a small lake and Axelrod said that at dawn Swan would be able to see ‘it’ through the pines. Now we wait and hope we’re lucky. Don’t say anything, don’t make noise… they detect heat, noise, movement”.

“Dawn came and Swan saw fog developing over the lake. This went on for five minutes until the fog turned a glowing neon blue color. Then, according to Swan, the color changed to “thick purple.”

Axelrod and one of the twins put their hands on Swan’s shoulders as “a network of purple, red and yellow lightning shot in all crazy directions through the ‘cloud’.

Swann said he would have run away if the two hadn’t held him. He saw an object, at first almost transparent, but then “solidly visible over the lake. It was triangular or diamond-shaped and increasing in size.”

“Swan, in horror and amazement, heard a strong wind rush past, which rustled through the pine trees so hard that some cones and branches fell on them.

The object then began to emit “ruby-red rays, similar to blasters”, continuing to increase in size while maintaining their position on the lake.Very quietly, one of the twins said, “Damn! They scan the area. They will notice us.”

“As Swan later recalled, some of the red laser beams from the object ‘exploded’ the pine trees, and he heard low-frequency pulsations. Axelrod whispered to Swan that the beams were probably aimed at deer or other forest creatures, since they felt the heat of the biological body.

They would certainly target us,” he told Swan. At this point, one of the twins literally lifted and dragged Swan away, but not before Swan noticed that the water in the lake was rising “like a waterfall going up, as if being sucked into a ‘machine’.

“All four ran fast and long, with minor cuts and bruises. Eventually they stopped, panting, and waited for more than thirty minutes until one of the twins said everything was clear.”

“Axelrod then asked Swan if he could ‘feel’ anything from the ship.” 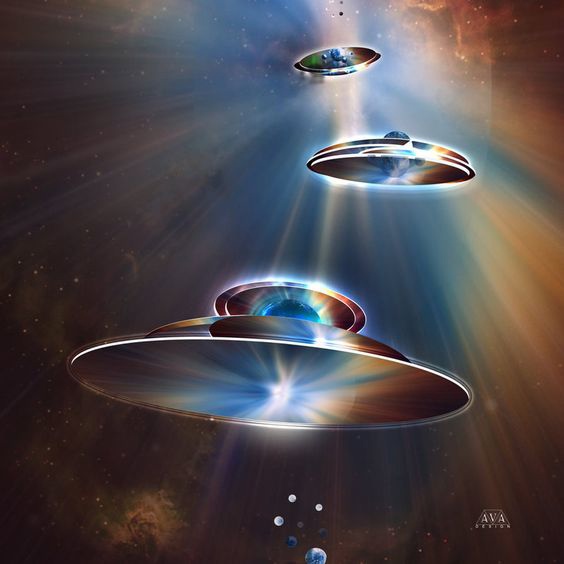 It is clear at this point why Swann was removed from his position and role at the Stanford Research Institute and put himself in this situation.

It seems that these “government” agents believed that Swann could provide some details about what was going on here and help the government with its research and interest in UFOs .

“Swann burst out laughing. ‘You’re crazy, Axel! I have to be calm, cool, collected and in good shape to feel anything.’

But Swann suggested that the ship was ” some kind of drone, drone, controlled from somewhere else .”

Axelrod asked him what he was doing there, to which Swann replied, “Well, for heaven’s sake! It was thirsty! Obviously it was getting water.

Someone, somewhere needs water… so I guess they come and take it. You don’t have to be psychic to see it.” In essence, Swan said, “they” treated the Earth like a neighborhood supermarket .

“Before picking up Swan, Axelrod said, ‘I don’t have to tell you, but our mission will soon be disbanded and others will take over the job, for reasons of strategic security…”

“Others,” Swan said, “that won’t work with psychics, I understand.”

Swan last saw Axelrod at the San Jose airport and never heard from him again.”