US, WASHINGTON (ORDO NEWS) — The results are published in the journal Applied Surface Science. With the rapid development of new materials, the need for protection and modification of their surface is growing. Scientists are constantly looking for a way to extend the life of materials or to give them useful properties, without changing their natural properties. Typically, polymeric materials are used for such purposes.

The use of polymers , along with protection from adverse effects on the material, can lead to a change in their natural properties, such as transparency, conductivity, hardness. Therefore, a promising direction is the possibility of creating thin monomolecular layers that can impart useful surface properties, but at the same time do not change the quality of the material itself. Dendrimers can be called promising materials for creating such monolayers.

“Dendrimers are unique molecules with a highly ordered, homogeneous, monodisperse structure and high-level tree-like branching, measuring from 1 nm in size and strictly fixed molecular weight,” says Skoltech graduate student Julia Bondareva. Initially, in Skoltech, the synthesis and study of the properties of sulfonimide-based dendrimers was carried out by Oleg Lukin, a senior researcher. 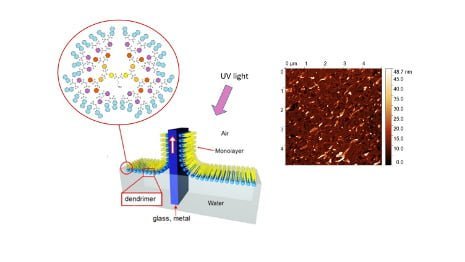 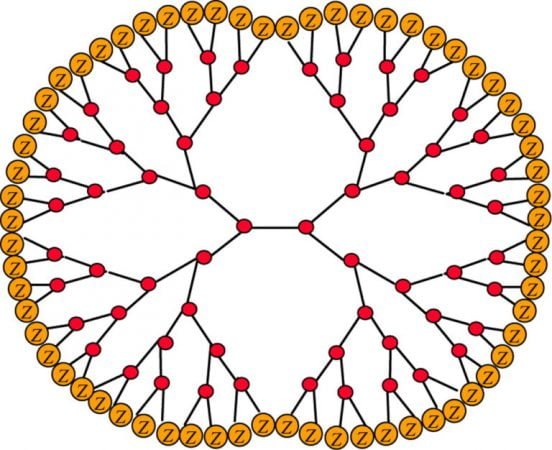 On the basis of his scientific work, the idea of ​​using such dendrimer structures as functional coatings was born. Earlier, the CDMM scientific group, led by Oleg Lukin, published in Synthetic Communications a paper on the synthesis of sulfonimide dendrimers decorated with naphthyl groups.

Naphthyl groups , along with long alkyl chains , give hydrophobic properties to the molecule, so now scientists decided to create films based on the structures they had obtained that would have water-repellent properties. There are many methods for creating and applying films to the surface, but most of them do not allow you to control their thickness.

To form and apply a film to the surface, Skoltech scientists used the well-known Langmuir-Blodgett method, which allows one to obtain ultrathin films with an ordered structure. “It turned out that the naphthyl group in the dendrimer is not only responsible for hydrophobic properties, but also allows you to create additional crosslinking of the dendrimer molecules in a dense and stable film,” Yulia Bondareva explains.

Interestingly, in the course of studies, a dependence of the surface wettability on the roughness of the film was found. Further study of this phenomenon will make it possible to predict the wettability of the dendrimer film depending on the spatial arrangement of hydrophobic functional groups, which will be an important step in the planning and implementation of the synthesis of such structures.

Scientists have created a water-repellent surface as a model that demonstrates that sulfonimide dendrimers can act as building blocks to create a stable film that gives the surface special beneficial properties. Different functional groups will give surfaces different properties.

The functional group can be selected for the purpose of selective binding to the drug molecule, and then our dendrimer can be used for drug transfer. A functional group with luminescent properties allows the use of a dendrimer as a sensor. Other uses may be found.