(ORDO NEWS) — Planetary scientists from the Konkoy Observatory, Budapest, Hungary, led by Bernadette D. Pál, have simulated the appearance of salty but liquid water on the surface of Mars.

According to these results, during the late night and early morning hours of the Martian spring or summer, ideal conditions can be created for this process to occur, with more favorable conditions in the northern hemisphere. The authors studied the efficiency of formation of saturated liquid solutions by salts that effectively absorb moisture from the air.

For the existence of liquid water on the planet requires a moderate temperature and pressure. At too low a temperature, water is in the form of ice at any pressure that is actually possible, and at too high a temperature, it turns into steam.

Since Mars maintains a low temperature (average minus 60 degrees Celsius) and low air pressure, even when ice melts, it quickly sublimates – turns into vapor – instead of remaining on the surface in the form of a stable liquid.

However, saline solutions can exist in liquid form at a much lower temperature than pure water. In a new paper, Hungarian scientists are investigating the ability of various salts found on Mars to spread as a result of absorbing moisture from the atmosphere.

Currently, experimental data for studying the process of formation of saturated salt solutions on Mars are not available. As part of the European-Russian ExoMars program, the first data on this process are expected to be obtained in 2023. So far, scientists can only simulate the formation of liquid brines in Martian conditions on a computer.

According to the results of such simulations, when the entire Martian year is considered, in both hemispheres, suitable conditions may arise for the common salt calcium perchlorate (Ca(ClO4)2) on the planet to be deliquescent to form a liquid, starting in spring and until late summer.

Fluid is most likely to form between late night and early morning. Looking at the planet as a whole, almost everywhere above 30 degrees north latitude, liquid brines can form late at night, while in the early hours of the morning large basins (Acidalia Plain, Utopia Plain) look more promising.

An important addition to these results is that in the vicinity of the planned ExoMars rover landing site, on the plains of Oxia Planum. 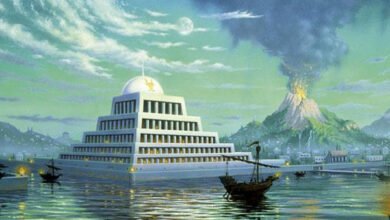