(ORDO NEWS) — A Jamaican man got lost in the woods and spent three days there eating bark and lizards. This case was written in Jamaica Star.

Errol Nelson, a 57-year-old resident of Clarendon County, went into the woods to get some roots. They were needed to prepare a drink according to their own recipe. On the way home, the man decided to make a halt and turned on the game on his smartphone.

Too carried away, he stopped keeping track of time. The resident looked up from his phone only when his battery ran out.

Nelson continued on his way to the house, but later realized that he was lost. The trees around, according to the man, seemed the same.

“I went, as it seemed to me, towards the house, but soon realized that I was going in the wrong direction. Every minute everything got more and more confused,” the resident shares.

After a couple of hours, he met a lumberjack he knew, who explained how to get out of the forest. However, the advice of a friend did not help, and Nelson got lost again.

To survive, he only had a machete with him. The man wandered through the forest for three days. In order not to die, he had to drink water from puddles, catch and eat raw lizards, and also gnaw bark.

Nelson’s relatives at that time organized a rescue operation and searched for him throughout the forest. But another resident helped the man get home, who agreed to show the way to the village.

“After returning, I saw how my absence affected my family. The 26-year-old son did not speak, and his wife did not sleep or eat for three days,” Nelson concluded. 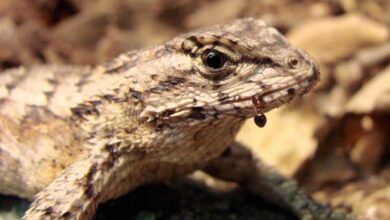