(ORDO NEWS) — The modern world map that you are probably familiar with is based on the Mercator projection, a revolutionary way of representing the three-dimensional world on a 2D map created by cartographer Gerardus Mercator in 1569.

On the map, you can spot a few strange details – for example, a ghostly island labeled “Rupes Nigra” (or “black rock”) in the middle of the North Pole.

Ancient maps generally contain a lot of oddities: from sea monsters and mermaids to ghostly islands that are impossible to reach.

Mercator Island at the North Pole is notable because it relies on an old and very unusual belief: the compass needle points north because of a giant magnet located on the island. 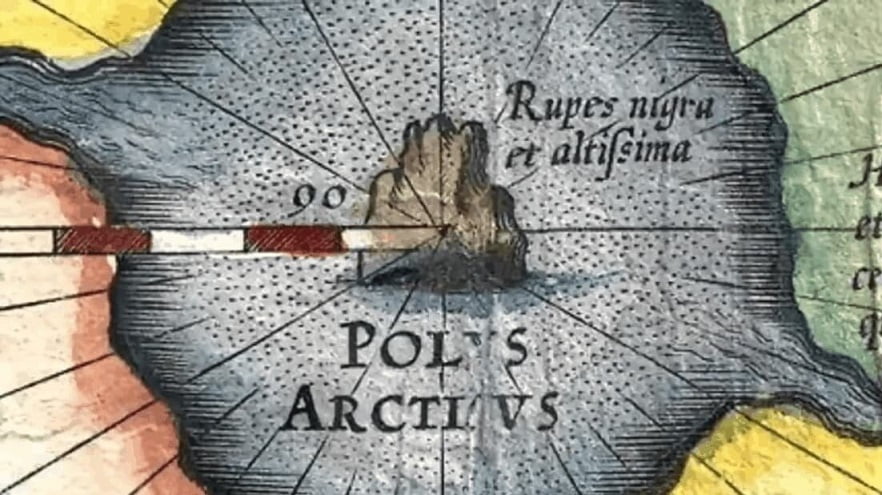 This huge magnet, believed to be 183 kilometers across, was depicted in the center of the Mercator map, surrounded by whirlpools.

“In the midst of the four sides is the Whirlpool into which the four seas that divide the North flow,” Mercator wrote in 1577.

“And the water rushes in a circle and descends into the Earth in the same way as if it were poured through a filter funnel.

Its width is four degrees on each side of the pole, for a total of eight degrees.

Except that right under the pole in the middle of the sea lies a bare rock.

Its circumference is almost 33 French miles, and it is all magnetic stone.”

According to a letter outlining earlier stories about the island from a lost book called Inventio Fortunata (The Discovery of Fortunata) dated 1360, a priest who saw the rock described it as cloud-high.

Another sailor, whom Mercator wrote about, claimed that the metal rock could be seen from all over the island.

“Nothing grows on it because it doesn’t even have a handful of soil.”

In this way, people tried to explain why compasses point in the same direction. Other researchers explained this by the fact that the compass needles pointed to the polar star.

The Mercator projection is good for navigation because it represents courses of constant bearing as straight segments.

This means ships need to make course corrections less frequently to account for the curvature of the Earth. 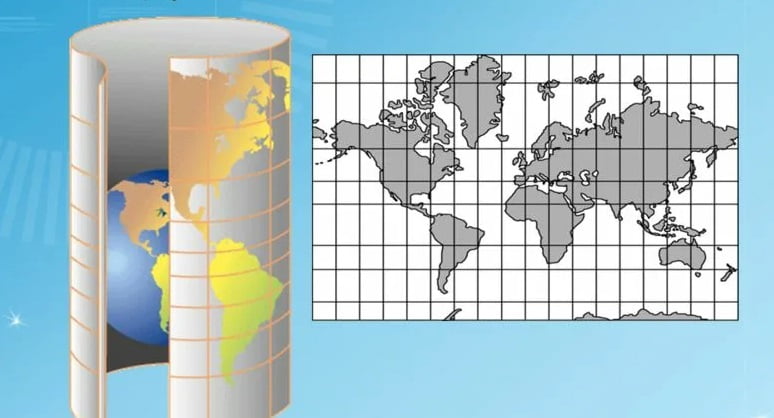 On cylindrical maps, as is the case with the Mercator projection and many modern maps based on it, the areas around the equator remain roughly accurate.

However, the farther you get from the equator, the more distorted and bloated land areas become.