(ORDO NEWS) — The power level of the InSight lander dropped critically as a dust storm the size of a continent rose over Mars.

Since the lander landed on Mars in November 2018, the lander’s solar panels have been covered in dust. This led to a gradual decrease in its power level.

The dust storm swirls over the southern hemisphere of Mars and is about 3,500 kilometers wide.

The InSight lander, which is expected to cease operations in the coming months, has reported a significant drop in power generation from its dust-covered solar panels.

“If we can wait it out, then we can continue to work through the winter, but I would be worried about the next storm,” said InSights project manager Chuck Scott.

In recent weeks, the storm has become large enough to kick up so much dust that the thickness of the dusty haze in the Martian atmosphere has increased by almost 40%.

As the storm blocked out sunlight, inSight’s energy level dropped from 425 watt hours to 275 watt hours.

NASA stated that at current power levels, the lander would only be able to operate for a few weeks, so the scientists decided to turn off the InSights seismometer for two weeks. 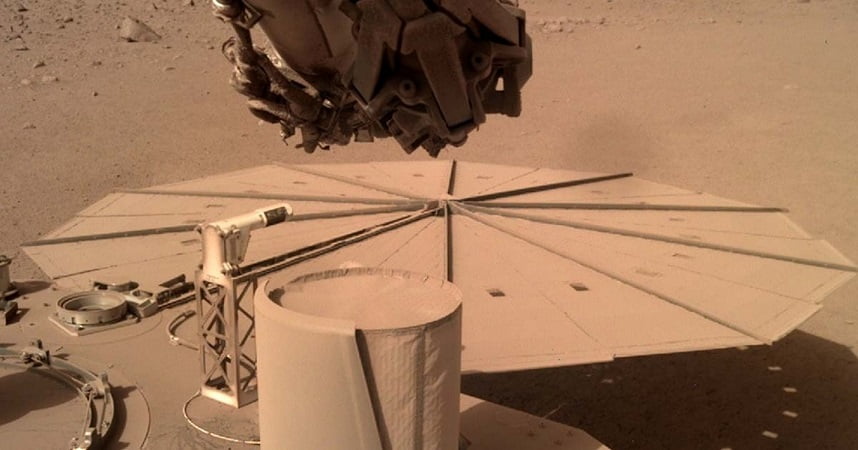 Experts estimate that InSight will stop functioning sometime between the end of October this year and January 2023.

Despite the fact that this mission is coming to an end, its main task has been completed.

The descent vehicle carried out additional scientific research on Mars, allowing us to learn more about the processes in the depths of the Red Planet.

The storm raging on Mars has reached its peak and entered a phase of fading, and data transmitted by the orbiter indicate that it is not growing as fast as before.

“This regional storm is not a surprise; it is the third storm of its kind to be seen this year.

In fact, Martian dust storms occur at any time of the Martian year, although larger ones occur during the fall and winter that are coming to an end,” NASA said.