(ORDO NEWS) — Foreign Minister Sergei Lavrov unexpectedly stated in an interview that Adolf Hitler could have Jewish roots. Like it or not, it is not easy to understand. In particular, because of the difficulty in determining what should be considered such roots.

One thing is certain: Hitler’s distant male ancestor is not an Indo-European (and not a European at all), although it is they who dominate among the Germans. And among the distant descendants of this very ancestor are both Einstein and Napoleon. We understand the real origin of the head of the Third Reich.

Adolf Hitler is a man with a pedigree that cannot be traced. This is because his father was born in 1837 to an unmarried peasant woman, Maria Schicklgruber, who was already 42 years old – illegitimate.

Five years later, Maria married a man with the surname Gidler (an error in the birth register turned this word into the later Hitler). However, during her lifetime, her husband did not recognize the child as his own, which is why its origin, in principle, cannot be established genealogically accurately.

However, genetics often comes to the aid of traditional genealogy in the 21st century. It was she who made it possible to establish that, for example, part of the so-called Rurikoviches, in fact, possibly Olafoviches.

It turned out that in the male line, the unknown ancestor of the Fuhrer’s father was a carrier of the haplogroup E-M35 (formerly E1b1b1). Why is this unusual?

Almost all people living today in the male line are descended from one person – who lived about 70-80 thousand years ago somewhere in Africa.

He is also jokingly called “genetic Adam”, and his haplogroup is called DE. By the way, “genetic Eve” also lived in the world (all mitochondria and mitochondrial DNA of people living today are reduced to it), but 80 thousand years earlier.

The lifetime of the “genetic Adam” was determined by the “molecular clock”: in each generation of people, about a hundred mutations occur in men (women have 6.5 times less, but since we are talking about male lineage, then we consider men).

The place is determined by the territories where people with the haplogroup DE still live . There are extremely few such people, because over tens of thousands of years the genes of most of the descendants of this person have mutated, giving new haplogroups. The few “pure” DEs are distributed, however, over a vast area – from West Africa to Tibet.

Further, the descendants of the male-DE mutated and formed two slightly less ancient lines: D and E (or rather, E-M96 ).

The latter arose 65-73 thousand years ago, and, again, back in Africa, among people who should have looked something like modern blacks (it is believed that Homo sapiens that originated in Africa were originally black without exception, and only their descendants outside Africa received other skin color).

The greatest variety of “basic” variants of this haplogroup is still found on the Black Continent today.

Carriers of the haplogroup E-M96 also mutated over time, forming “subgroups”. One of these – E-M35 (formerly E1b1b1) and belonged to the unknown father of Alois Schicklgruber, Hitler’s father.

“Founder” E-M35 lived 22-47 thousand years ago. And although the spread is large, the maximum diversity of representatives of this and related groups is also observed in Africa. About 24 thousand years ago, a “subgroup” of E-Z827 (also known as E1b1b1b) broke away from it.

Among its carriers, by the way, is a certain Napoleon Bonaparte. And again, the greatest diversity and occurrence of this group is in Africa. That is, some black people settled not only in northern Africa, but also in southern Europe, including Corsica.

So, where are the possible Jewish roots?

As we have already noted, Hitler comes from an ancient African with the haplogroup E-M35. The same haplogroup includes the descendants of Naftali Hirsch Einstein, the official great-great-great-grandfather of Albert Einstein.

As noted above with the Rurik example, this does not at all guarantee that the real Einstein was a descendant of his official ancestors. However, all his living relatives really seem to belong to the same haplogroup, or rather, one of its sub-variants.

In the description of their genes there is such a place: “This cluster is characterized by a single nucleotide mutation SNP PF1952. It was previously known as Cluster E-Z830-B – the Jewish Cluster.” Albert Einstein is Jewish. Does this mean that Minister Lavrov is right and that Hitler could also have Jewish roots?

Secondly, if someone thinks that the E-Z830 is only a “Jewish cluster”, then it greatly simplifies. For example, traces of DNA with this group have been found in Scythian burials from 800–750 BC in Kazakhstan. Does this mean that the Scythians are Jews? Undoubtedly not.

The fact that the founder of the E-M35 haplogroup was a Negro does not make Albert Einstein a Negro. It only means that the genes of this man spread through the male line at once in many peoples – and therefore there are among modern Jews, Negroes and even Austrians.

One can definitely say “this person has Jewish roots” only by tracing his genealogy specifically, person by person. Let’s say that the hypothesis of “Hitler’s Jewish roots” is based on separate references to the fact that Maria Schicklgruber worked as a servant in the house where the son of a Jewish banker, Leopold Frankenberger, lived.

Now, if someone traced Frankenberger to modern descendants, took their DNA, compared it with the DNA of Hitler’s relatives, then we could talk about it.

But we doubt that such a study will be undertaken by anyone. Who is interested in this? Who will give a grant for such work? And without funding, there is no research: the genetic analysis of many people costs not symbolic amounts at all.

As it is easy to see in the table, among the Ashkenazi Jews, the haplogroup E-M35 (one of its variants is also with Hitler) is one of the most common. True, with about the same frequency there are… haplogroups typical of the Indo-Europeans, sub-variants of R1a and R1b.

From this it can be seen that it is very difficult to seriously say “this is Jewish blood” in general. It is obvious that at the time of the expulsion of the Jews from Palestine, they practically did not have the blood of the Indo-European peoples. It is no less obvious that as they spread in Europe, some of the children in Jewish families were born to men of non-Jewish origin.

But not an Aryan!

One thing about the origin of Hitler can be said for sure: if the head of Nazi Germany had survived to this day, he would have been somewhat upset by the data of genetics.

The fact is that National Socialism, which is called “Nazism”, although the Nazis themselves much more often called it “National Socialism”, relied on a specific racial theory. It was formulated by the German philologist Hans Günther.

According to it, the Germans, due to their complex history, belong to five subtypes of the “European race”: Nordic, Dinaric (Balkan), Alpine, Mediterranean and East Baltic. At the same time, the Jews in this theory did not belong to the European race (despite the obvious external similarity).

The more “Germanic core” some peoples had, the more successfully they developed within the framework of the theories of the National Socialists.

As the genetic data show, all this had nothing to do with real history. Firstly, many carriers of the “European race” are male descendants of the unconditionally African haplogroup. Including Hitler himself. Secondly, there are quite a lot of representatives of the same haplogroup E-M35 and its subvariants among Jews (up to 20%).

That is, it turns out that the very idea of ​​a “European” and “orientalist” race of Gunther is based on false premises. He took the parameters of the skulls and faces as its basis, while the real heredity is determined by DNA, and not by the shape of the skulls.

The consequences of this mistake of the National Socialists for world history were extremely far-reaching.

To take a typical quotation from Mein Kampf: “Many times in history we have seen peoples of lower culture, led by the Germans as organizers, grow into powerful states and then stand firmly on their feet as long as the racial nucleus of the Germans remains

For centuries, Russia lived at the expense of the German core in its upper strata of the population. (It is somewhat reminiscent of Engels’ words about Czechs and Poles: “the need to import almost all elements of spiritual culture from Germany”).

As it is easy to see on the map above, these are carriers of the haplogroup R1a. It is quite obvious that there is a lot of it among the peoples that Günther and his like-minded people attributed to the “Nordic type” of the European race (Norwegians, Icelanders, East Germans).

The second major haplogroup represented in Germany is R-M269 (aka R1b1a1a2). These are also Indo-Europeans, like many carriers of sub-variants of the haplogroup R1a.

Both Satum and Centum speakers have the same origin: their ancestors were groups of Bronze Age pastoralists from the Eurasian steppes, who lived roughly between the Volga and the Dniester.

Nazi theories about the “German core” have nothing to do with reality: in fact, the Germans are basically a mixture of R1a and R1b sub-variants. That is, they are not the core, but only a fusion of the two main genetic groups () that make up the Indo-European peoples.

That’s just Adolf Hitler genetically has nothing to do with any of the halves of this “core”, which in fact did not exist. The haplogroup R1 itself appeared somewhere in Eurasia, during the last glacial maximum. Around this time, the male ancestor of Hitler formed the haplogroup E-M35, but it was somewhere in Africa. 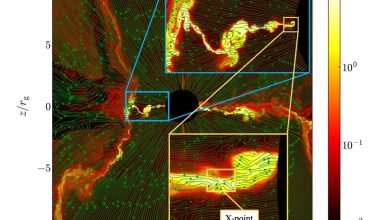 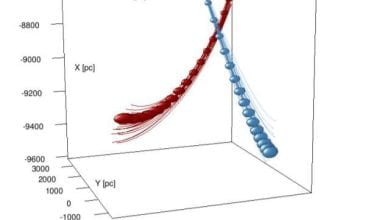 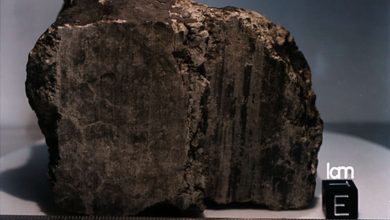 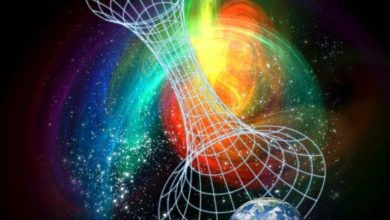